Mustang Island State Park is actually on Mustang Island which runs along the Gulf Coast from Corpus Christi at the south end to Port Aransas at the north end. Corpus Christi is on the main land. You have to go on a long causeway over the bay and then up and over the Inter-Coastal Waterway to the very north end of Padre Island. Going over these causeways is a bit nerve-wracking.  Susan doesn’t like to look to the right going over them.  The lanes narrow and it is up a huge hill and you can’t see anything but sky.  We just get in the lane and stay calm.

The north end of Padre Island has lots of condos and resort-like things, stores to buy beach stuff, food places, a hardware store, gas stations and a laundromat.  But we turned north and go over the channel between Padre and Mustang Islands.  Mustang Island stretches north for about 15 miles.  There is pretty much nothing until you get to Port Aransas at the far end of the island. The first six miles on the Gulf side are part of the State Park.

The campground is about five miles up.  It is a pretty basic campground with water and electric.  The sites are probably 25 ft wide and have a covered picnic table.  These are wider than most private parks and half the price too. The parks we looked at in Port Aransas made us glad we chose the State Park.

It is a wide parking lot with 48 campsites but better than many.  There are four additional volunteer spots, the staff is friendly and it is clean.  There are showers and bathrooms at one end. 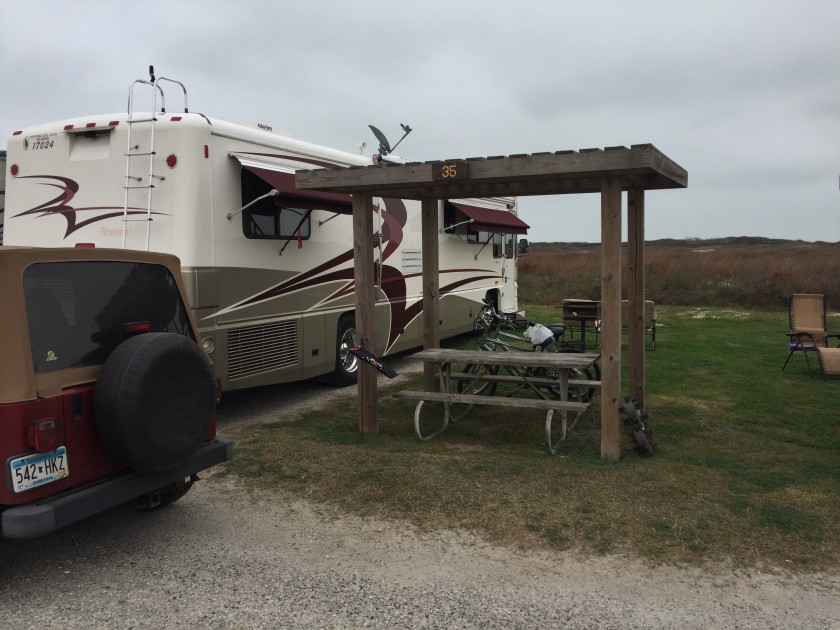 The sites were nice, ours faces the Gulf sand dune.  The ocean is just a couple hundred yards away. 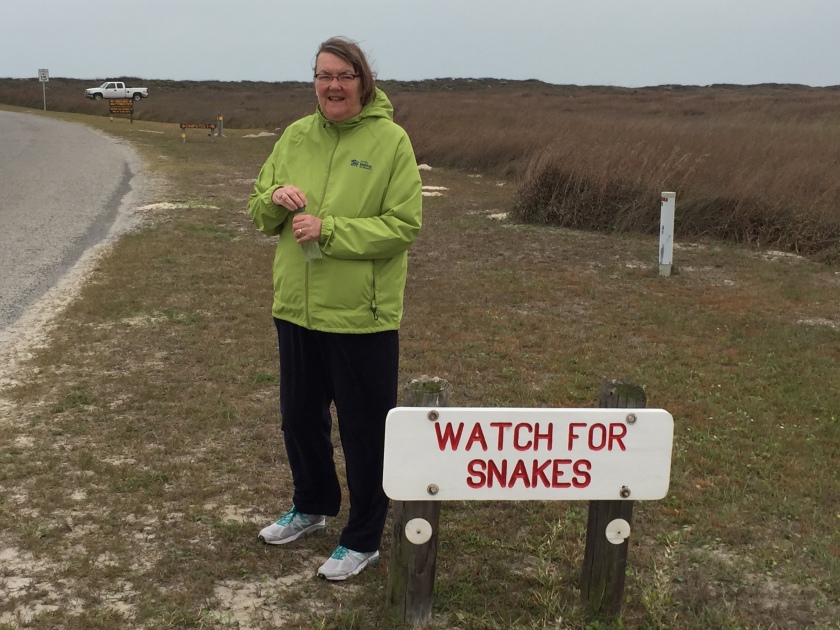 And it is Texas and there are snakes. We haven’t seen any. Day time temperatures have been between low 60’s and mid 80’s and usually a pretty good breeze coming from the Gulf. The wind and the humidity make if feel cool.

The Moon comes up before the sun goes down.  Almost Full

Feb 10, a Full Snow Moon in the penumbra shadow of the Earth.  It is very humid here, early and late fog. It makes for fuzzy pictures.  The blue dot below is actually a greenish comet named Comet 45P. It is at its closest to the Earth tonight. Unlike many comets is has little sign of a tail.  It is hard to see with the naked eye so binoculars or some camera enhancement is needed.

And every clear night for the past three weeks we have been able to see the International Space Station.  It is quite bright and pretty easy to see it move.

Every kind of camping rig you can imagine.  Our friend, Bob was asking about small trailers. Lots of them. There were three Airstreams here.  This stubby one was pretty old but functional.

The park as five miles of beach heading south.  The beach is a State Highway and you can drive on it and camp anywhere. 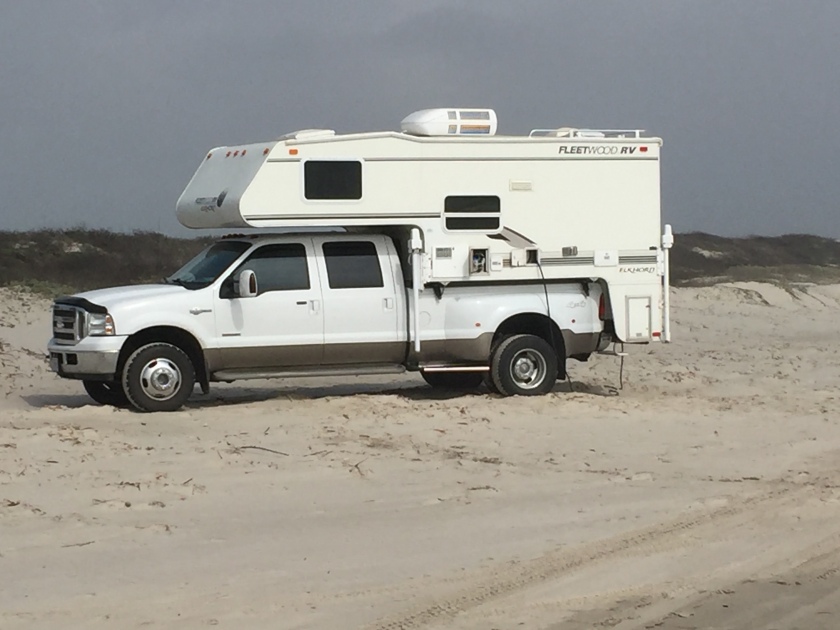 If you can get there you can camp there.