We left the Devils Tower National Monument after two nights. It rained a bit overnight. We went up over the top of the Black Hills into South Dakota and then down towards Rapid City and then east. It started raining again, the wind was blowing from the north at 20-30 mph.  We had to stop at one point because one of the awnings was trying to unwind in the wind.  We pulled into a gas station parking lot where there was another coach there with the same problem. We added a couple of ropes to hold the awning in place.  It was fine. So it just poured and blew all the way across the wasteland. This has to be the most boring drive we have ever done.

We got all the way to the Missouri River just up stream from Chamberlain where the Big Bend Dam holds back the river making Lake Sharp and makes electricity. There is a nice Army Corps of Engineers campground there.  Water and electric, $9 with the geezer pass.  These are great places to stay. This is clearly a fishing campground.  It is on the tailrace of the power plant.  This is where the water comes out of the turbines.  Lots of swirling water, lots of boats, apparently lots of fish. 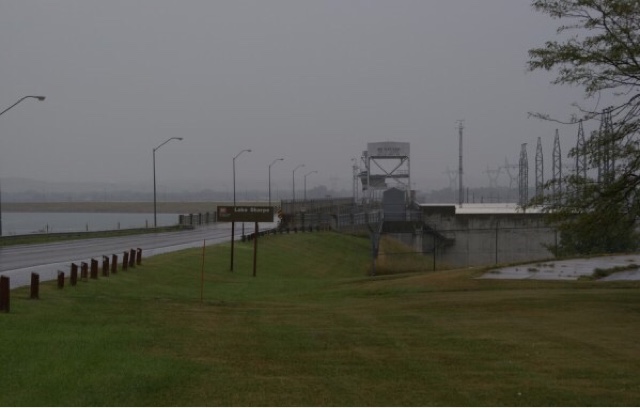 It was still raining when we got there and slowly stopped while we got set up so we got a walk in. 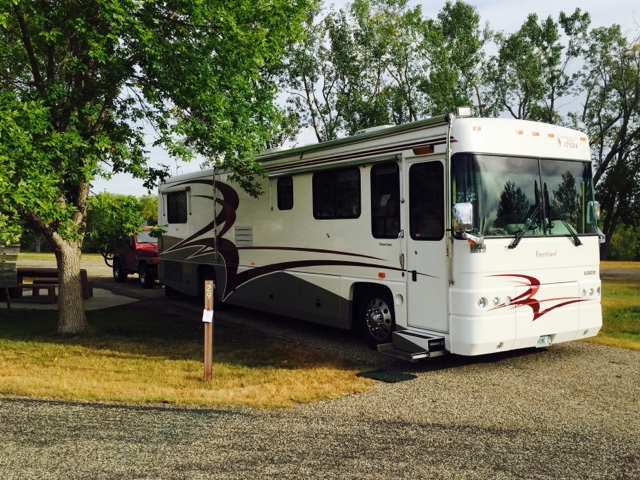 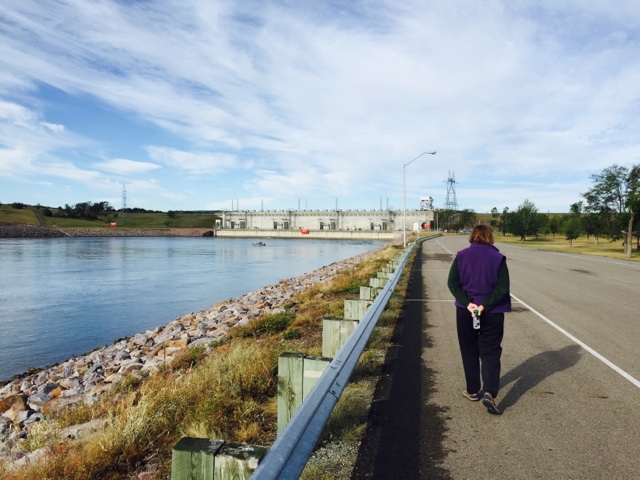 In the morning the sun was out and we headed for Adrain, Minnesota.  Another four or five hours across exciting South Dakota except the wind was coming from the south.
More later.
Roger and Susan