Skip to content
We were scurrying around trying to get last minute projects done at home and on the coach for our late July departure for “out west.”  Our Foretravel (FT) friends Amanda and Douglas who we met this winter called and said they were going to be our way and wanted to stop by. We knew they were going to try to get here this summer so here they came. They were arriving on the 21st. Then more FT friends Rudy and Carolyn called. They were going to be in Iowa at some event and wondered if they could stop by. They were here last summer too. Of course! They were arriving on the 25th.
So for a 7 days we had a mini get together, three Foretavels and great friends. 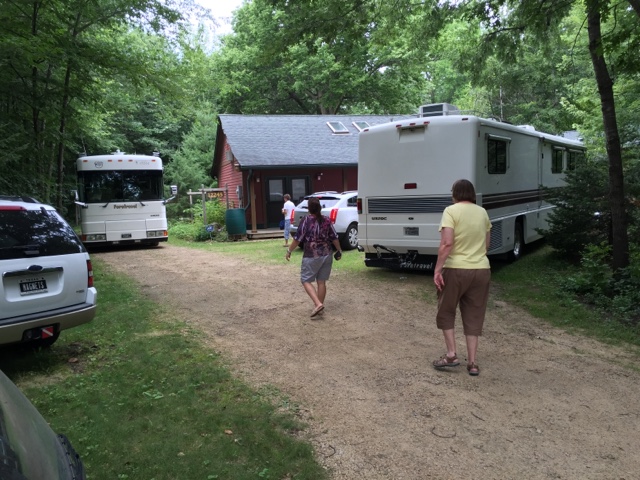 Our coach is around the other side of the shop. 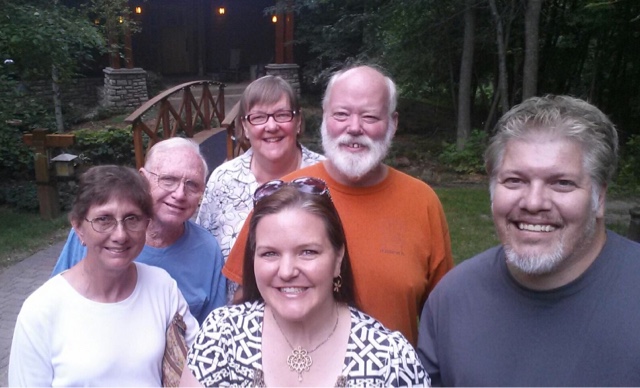 Rudy and Carolyn on the left, Amanda and Douglas on the right.  They are all full timers, living all year round in their coaches.  Rudy and Carolyn have a home base near Houston, TX. Amanda and Douglas near Austin, TX.
We ate well. S’mores several evenings cooked on our gas fire ring..  Rudy had never had them.  He ate several. Actually, we all did. 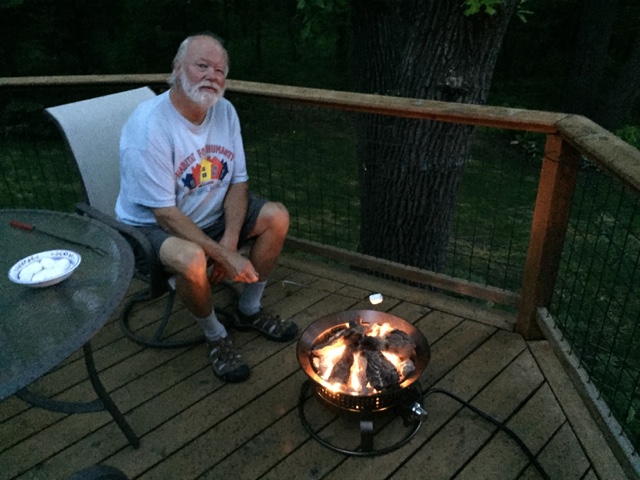 We ate at the American Legion. Always tasty. 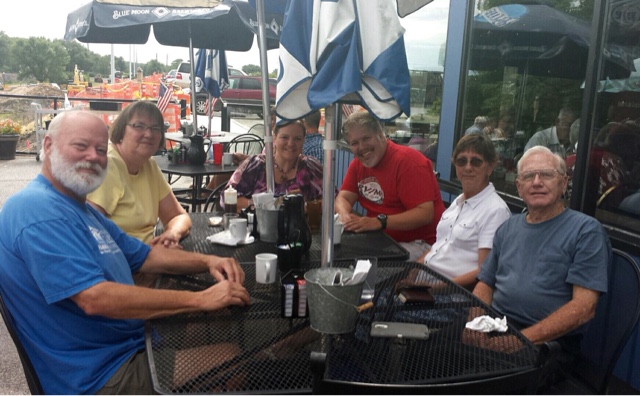 There was a Car Show in Downtown Hastings that Saturday night.  So we went. 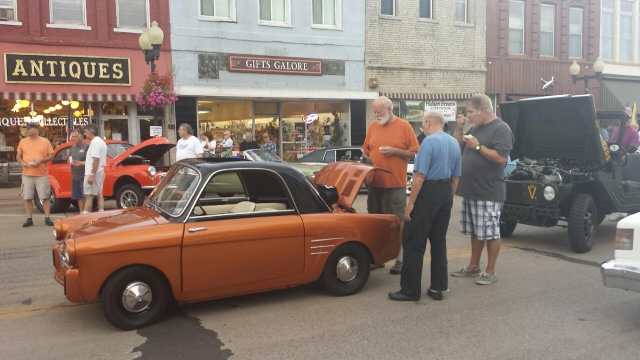 A clown car from Italy, two cylinder motor, think we would fit?  Maybe Rudy.
Lots of restored WWII trucks.  And 1940’s ladies.  They were cute. 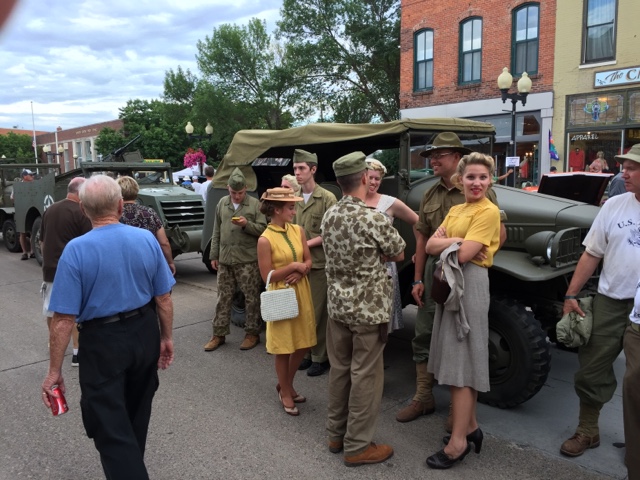 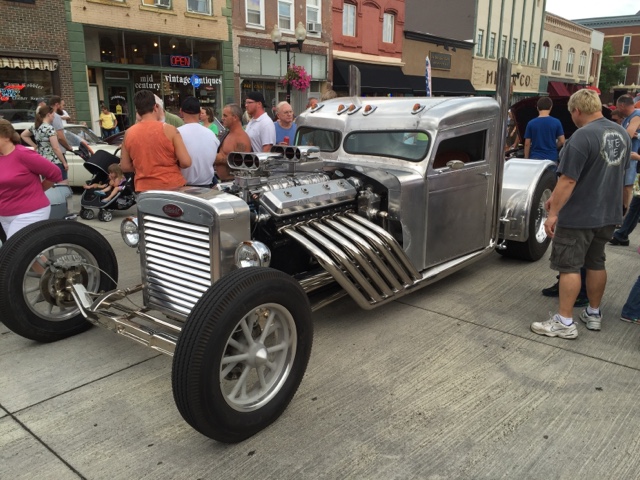 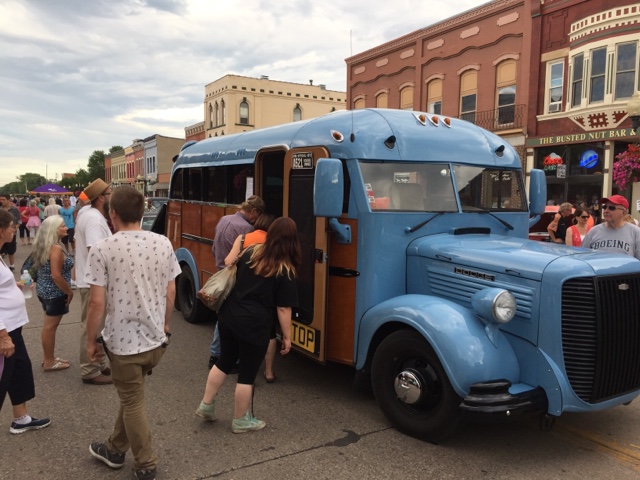 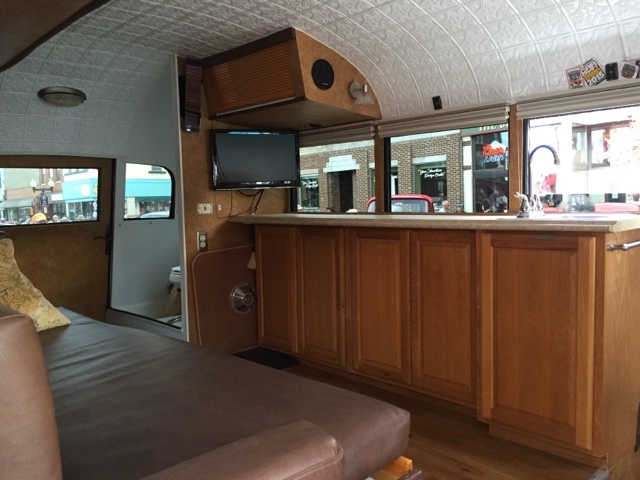 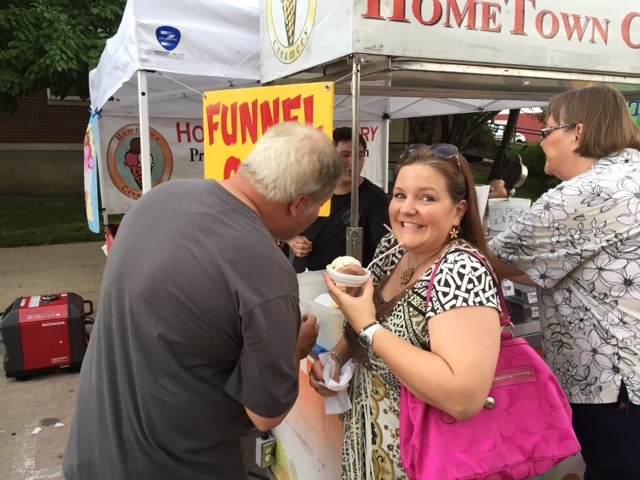 One evening we went up to Schaar’s Bluff for an evening stroll.  It was beautiful up there looking out over the river as the sun was setting. 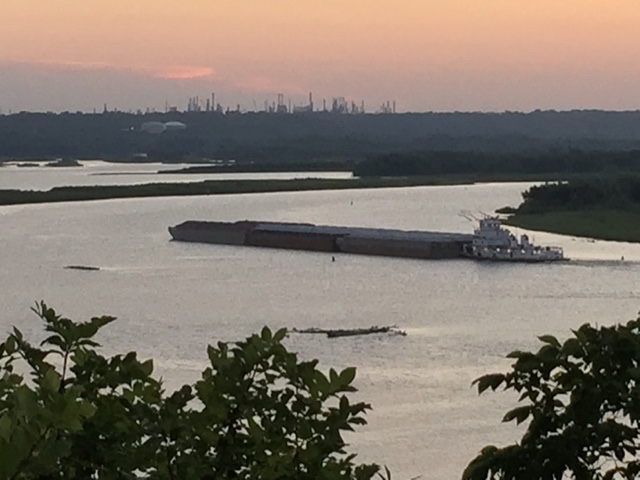 And we helped each other out with coach projects.  I helped Rudy put on his air deflector. 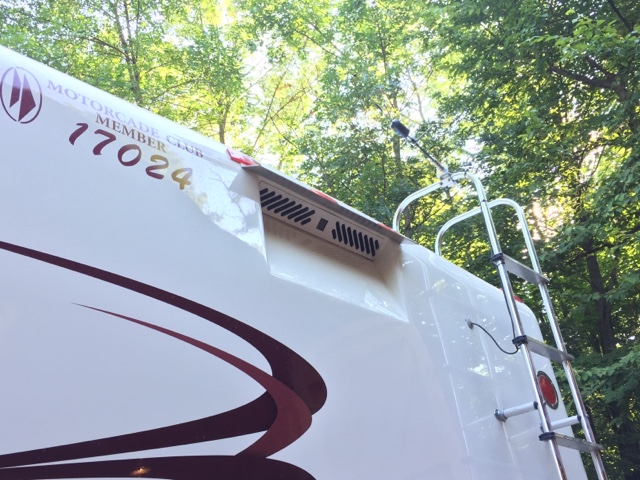 Just like mine.  It doesn’t look like much but it helps keep dust and rain away from the air inlet.  I had an air leak in an air regulator under the front end.  We took it off, cleaned it, reinstalled it and no leak. Amanda very carefully washed their coach.  Rudy showed them how to use WashWaxAll (a cleaning, polishing, waxing product) to shine everything up. I helped Rudy tidy up his incoming water manifold and install a new water filter and showed him a 3M dry silicon spray that made his windows much easier to open and close.

Just like on-line, there is a never ending exchange of ideas and help when we need it.  It is a great community of people most of whom we have never met and many really nice ones we have.

And then every one was on their way.  Amanda and Douglas to Madison WI and Rudy and Carolyn to Davenport, IA and Susan and I off to North Dakota.

So for an unplanned, unscheduled impromptu get together we had a great time.  Those kind always seem to be the best.
Next, we depart following Lewis and Clark’s trail to the west coast.
Roger and Susan