Our plans were to head from McDowell Mountain to Parker over on the Colorado River.  Judy and Bruce added a wrinkle to that plan.  After their conference in Scottsdale they wanted to spend a day in Prescott and then a couple days in Sedona.  So we decided to join them in Prescott.

On our way to Prescott, we went to Surprise, AZ in the NW corner of the Phoenix metro area where our friend Jennifer Lusk was staying with her friend Melanie for a few months during the winter. They live in a retirement community where golf carts are as common as cars.  We drove right into this maze of winding streets, parked next to Melanie’s house and joined them for a tasty lunch. It was nice to see them. And then on to Prescott.
Prescott is an old town, mostly mining then, mostly tourist now.  It is the third largest metropolitan area in Arizona behind Phoenix and Tucson.  It has that old west feel, a big central square with the brick county courthouse in the middle (we saw a lot of those in Texas.) It was a little confusing to get around, the highway going through town is labled North and South but it goes East and West.
We stayed in a campground called Point of Rocks RV Park. It was right at the top of a rock mountain. This is a family owned campground. They have been here since 1978 and have kept it in good shape. It is always amazing to us that we can get the coach into these places. It is much more maneuverable than most folks would think. 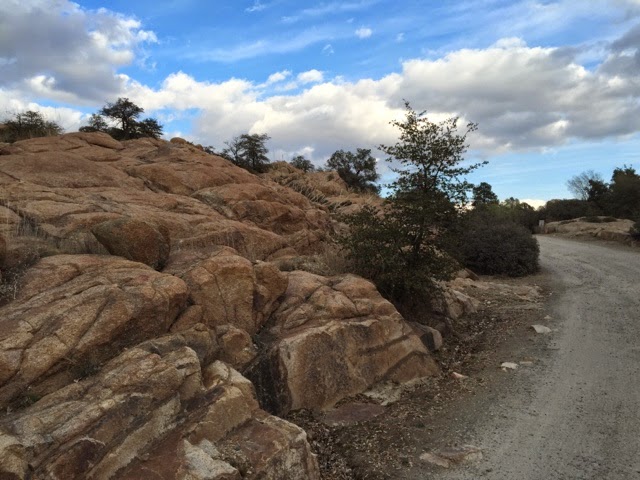 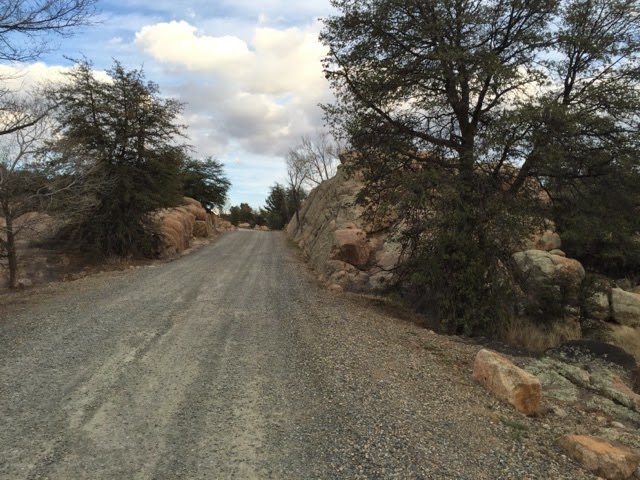 Up a steep hill. 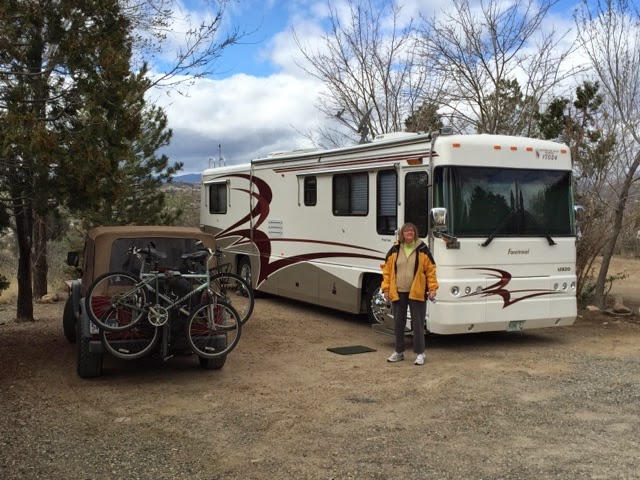 And there we are, high above Prescott. 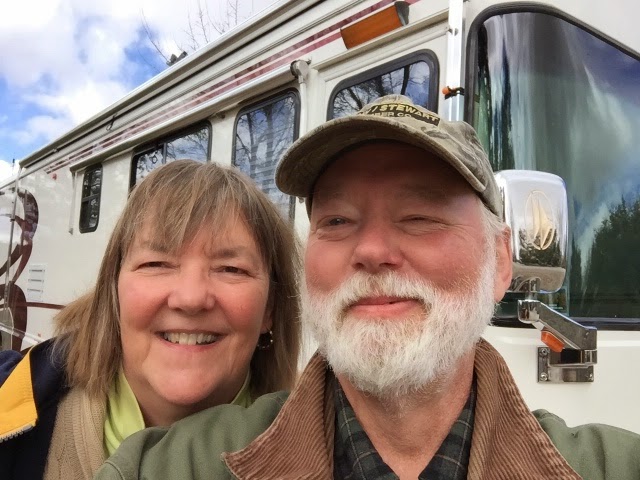 And back in our cold weather gear.  A major storm was coming in from the west with lots of moisture. Significant snow was forecast for Sedona and 15-20″ for Flagstaff and the South Rim of the Grand Canyon. 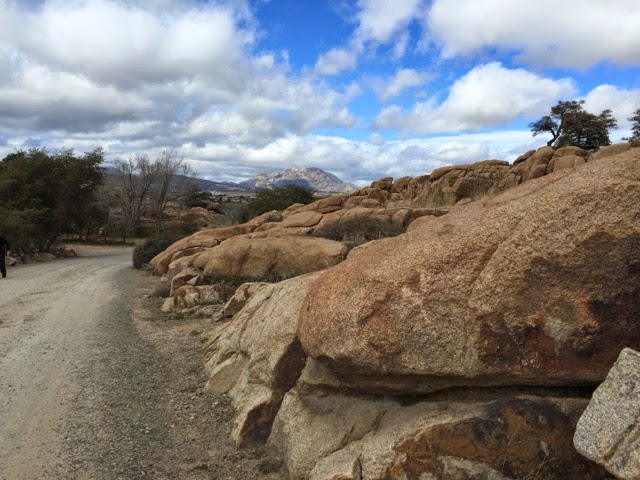 We met Judy and Bruce downtown and walked around the town square, in and out of just about every store and then over to a really nice spot for dinner. There was some pretty neat stores, some really boring stores and most were just stores.  I don’t do well ambling around in most stores. It doesn’t agree with my back. I can walk at a steady pace for several miles without any problem or work at Habitat all day. Maybe it is a head thing sending the wrong messages to my back. Misery likes company.
Dinner was great. Too much good food and then desert. It was nice to see Judy and Bruce. We will see them again this summer.
The next morning they headed to Sedona and the snow. We were going to go north and then west and then south to Parker.  There was snow up there.  So we went back south towards Phoenix and then west to Parker.  It was about 20 miles difference either way.  It was raining heading south and then west.  Better than snow. And in the 80’s in Parker.
Parker is on the Colorado River right across from California, about 30 miles down river from the Parker Dam which creates Lake Havasu.
More later.
Roger and Susan