We have left Santa Fe and are heading to Denver for one of two regular maintenance stops.  Santa Fe to Denver could be done in a day but not us.  We drove east and then north on I25 through Raton Pass (about 7900 ft). We have been through this pass several times and it is a relatively easy pass to go over, not too steep, not too high. Then north towards Pueblo, CO where we stopped for the night in a unremarkable RV park.  It was only $20.  The weather report had snow between Colorado Springs and Denver.  We were headed for the Boulder County Fairgrounds in Longmont, CO so stopping and waiting a bit for the weather to clear seemed prudent. In the morning we set out for Longmont, about 4 hrs away. 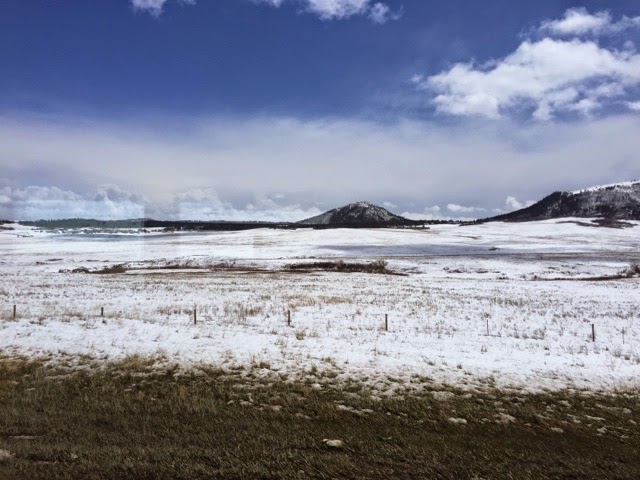 There indeed was snow.  The roads were clear so off we went. 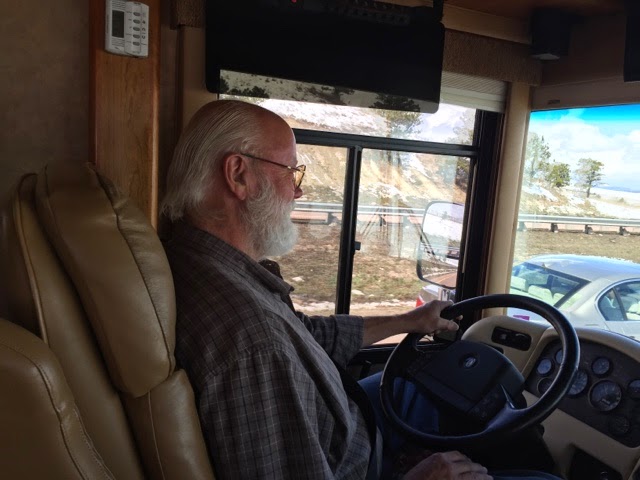 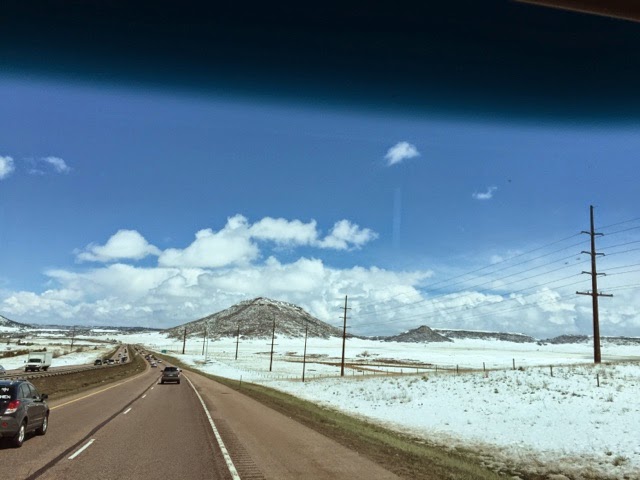 It was an OK drive but getting through Denver is always crazy.  Lots of traffic slowdowns on Saturday? And accident that put everything to stop and go for 30 minutes didn’t help and a 5 mile backup to exit to the High Times Marijuana show at the Merchandise Mart really didn’t help.  Better to go by there before the event than after.  Apparently it was sort of like a cook-off to crown the best of the best.  I guess they must have had samples.

But we managed to get to the Boulder County Fairgrounds.  These are usually pretty nice, pretty cheap. This one was just fine. Not planned, just a good spot to head for.  And like most of these stops there is always something to see.
There was an auction going on.  A couple of classic old cars. 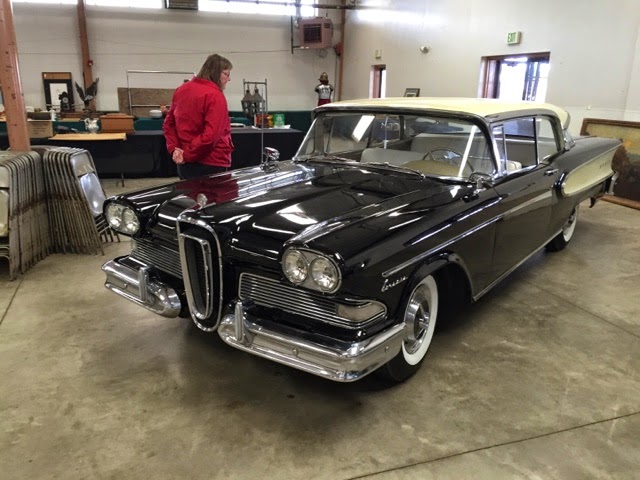 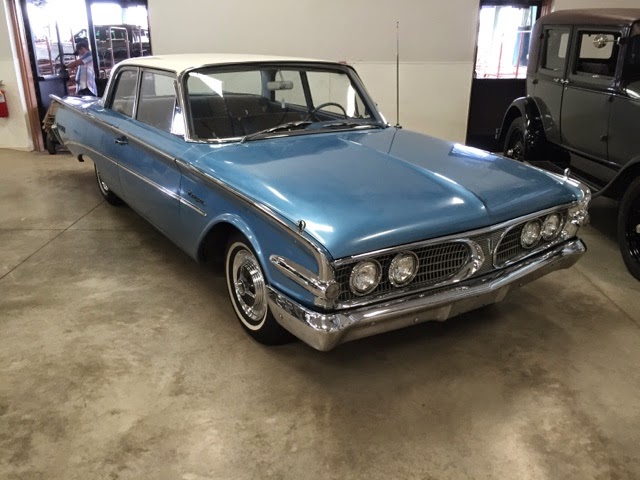 Both Edsels.  Lots of art work, old guns, and other old stuff.  We bought nothing. 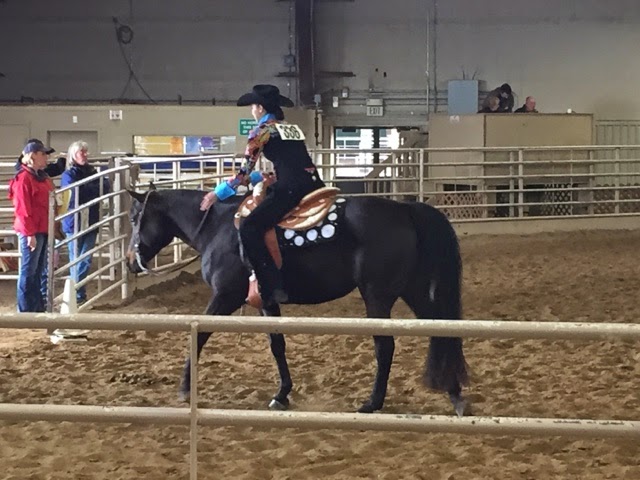 This gal won first place in her age/skill group. 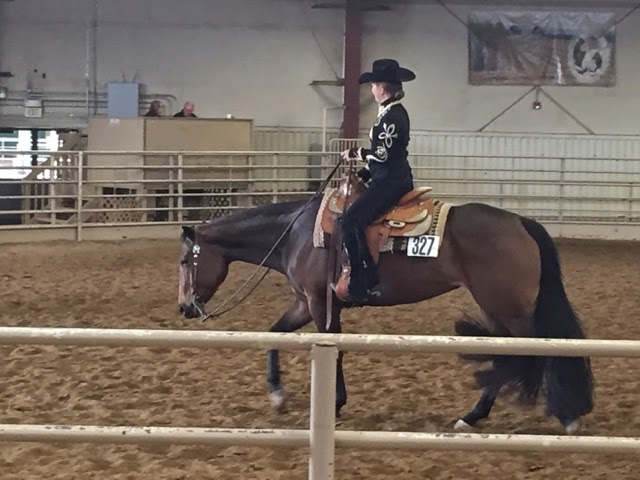 I think she was second place.  Her horse had a very long tail.  We think they were all about 13 years old or so. This is a rider/horse sort of thing where they both have to learn how to do this.  It was fun to watch. The horses were sort of glammed up, saddles were fancy, saddle blankets were the glitzy ones and the riders were in their finest performance wear.

The next day we moved about 8 miles east to St. Vrain State Park.  The camp sites have paved RV pads and we were expecting rain.  Our service call was at our camp site the following morning so we figured dryer and seven miles in the right direction.
In the morning, John Carrillo, an Aqua Hot specialist stopped by to do an annual maintenance on our heating system.  It is fairly simple to do, I have all the parts to do it myself but John can get it done in about 1/4 the time it takes me.  It was a good thing we had him do it. He found a fuel leak and had the appropriate parts to fix it and get us back on the road.  I would have found it, had no idea what to do, made some calls, ordered some parts, spent the same amount of money and spend 6 hrs and several days doing what it took John about 2 hrs to to.  And John is a nice guy.  There are three people in the whole country that get to work on my Aqua Hot, John, Rudy from Houston and me (Rudy showed me how to do what needs to be done).
So we are off by 10 AM, heading for somewhere in Nebraska.