This was a good day to head to the Great Lakes Shipwreck Museum at Whitefish Point at the entrance to Whitefish Bay. We left Tahquamenon St Park and headed into a nearby town named Paradise. There is a town in lower Michigan named Hell so there is a lot of jokes going back and forth.

It was about 15 or 30 miles along the lake to get to the museum which is right at the end of the point of land.

This is another critical lighthouse for ships coming off the main part of Lake Superior into the eastern end of the lake at Whitefish Bay. 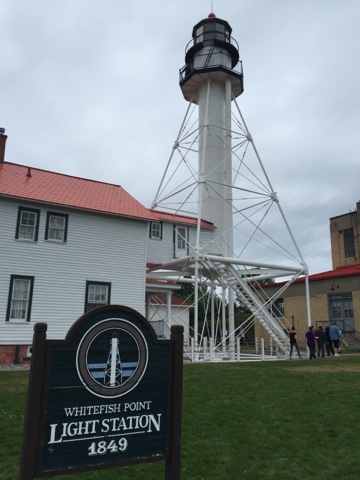 The light station is still in operation although it is now automated.  There are several museum segments, the Keeper’s House, the Light Station, the Rescue Station, an Edmund Fitzgerald Theater and of course, a Gift Shop. 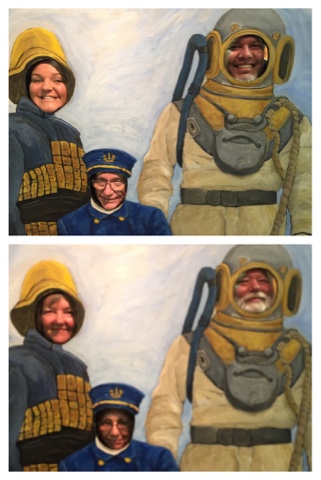 We needed pictures of all of us. Where better than with the first mate, the captain and the deep sea diver. There are sand dunes at the end of Whitefish Point. A short trail leads to a lookout. 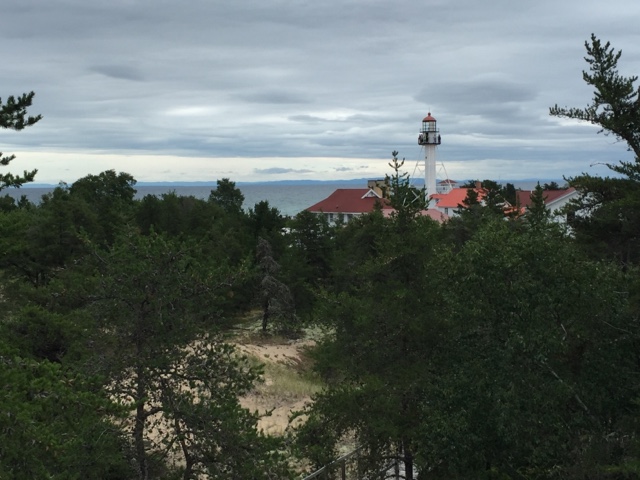 And the Edmund Fitzgerald in tens of thousands of Legos. 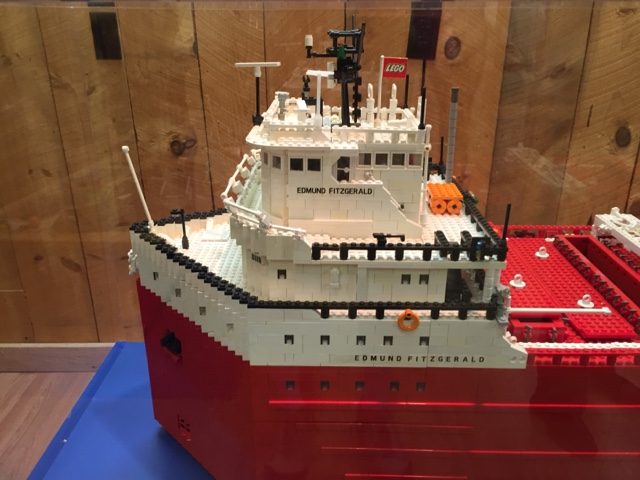 The Keeper’s wife (a replica shown here) had a lot of work to do running the household. The restoration and depiction of everyday life was pretty amazing. 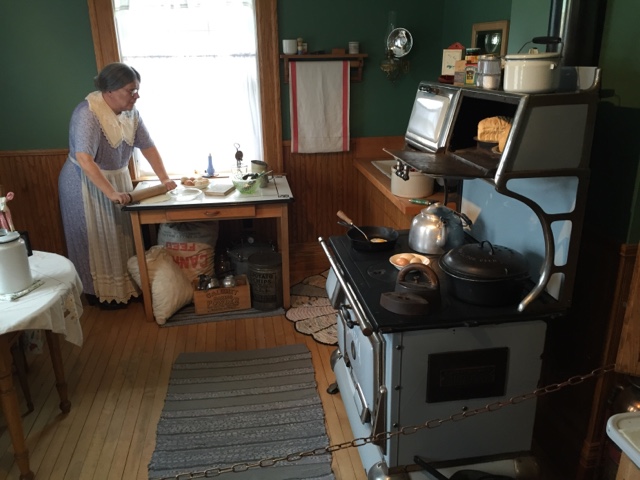 The Edmund Fitzgerald Theater showed a program about how the events unfolded the night the ship was lost.  The facts were not clear, just as the weather had not been. The movie went on to the search for the Edmund Fitzgerald and when found, a long underwater investigation failed to determine a cause. But the bell tower on the Fitzgerald was found to be upright and intact.  So the Great Lakes Shipwreck Museum Foundation cast a new bell with the names of each of the crew. A deep diving crew removed the original bell and replaced it with the new bell.  The original bell is now at the Great Lakes Shipwreck Museum.  Many of the family members of the original crew were on board the ship as the bells were exchanged and a service of remembrance was held to honor the lost crew.  The bell rang out 29 times for each of the crew.

We walked out on the boardwalk to the point.  Susan and I were here once before and the wind was blowing so hard we could hardly stand at the end of the board walk.  This time, not so windy but cloudy and gray.  A “footer” was going by just then. This is what they called the 1000′ long bulk carriers. 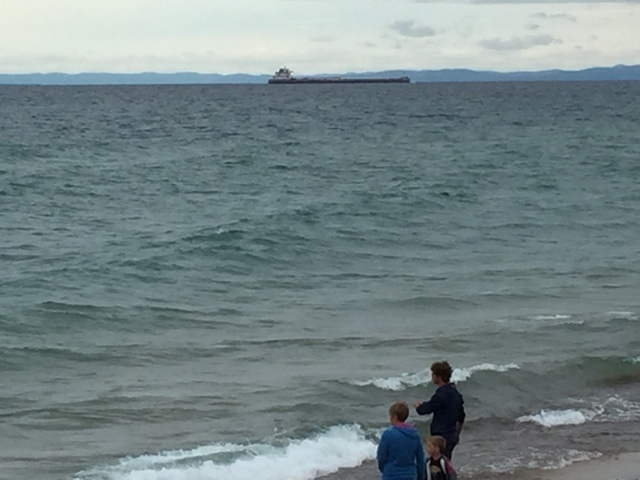 It was another nice visit to a familiar place. One that tells the story of so many ships and men lost to the storms, bad navigation and the Lake. More ships were lost in ship to ship collisions than any other cause.  The Light Station Service, the Rescue Stations, the Weather Stations and later the Coast Guard and many technology advances made shipping on the Great Lakes much safer.  The 1975 loss of the Edmund Fitzgerald was the last major shipwreck on the Great Lakes.