I know, I am way behind again but I am working on it.  These posts sort of have to be done in order.

Our coach has lots of room for storing things but there is always one more thing that would be nice to have, one thing that doesn’t quite fit in the available space without displacing something else. So…

On the passenger’s side towards the back behind the rear wheels there is a side bay door behind which are the engine batteries.  There is a matching door on the driver’s side behind which there is nothing. 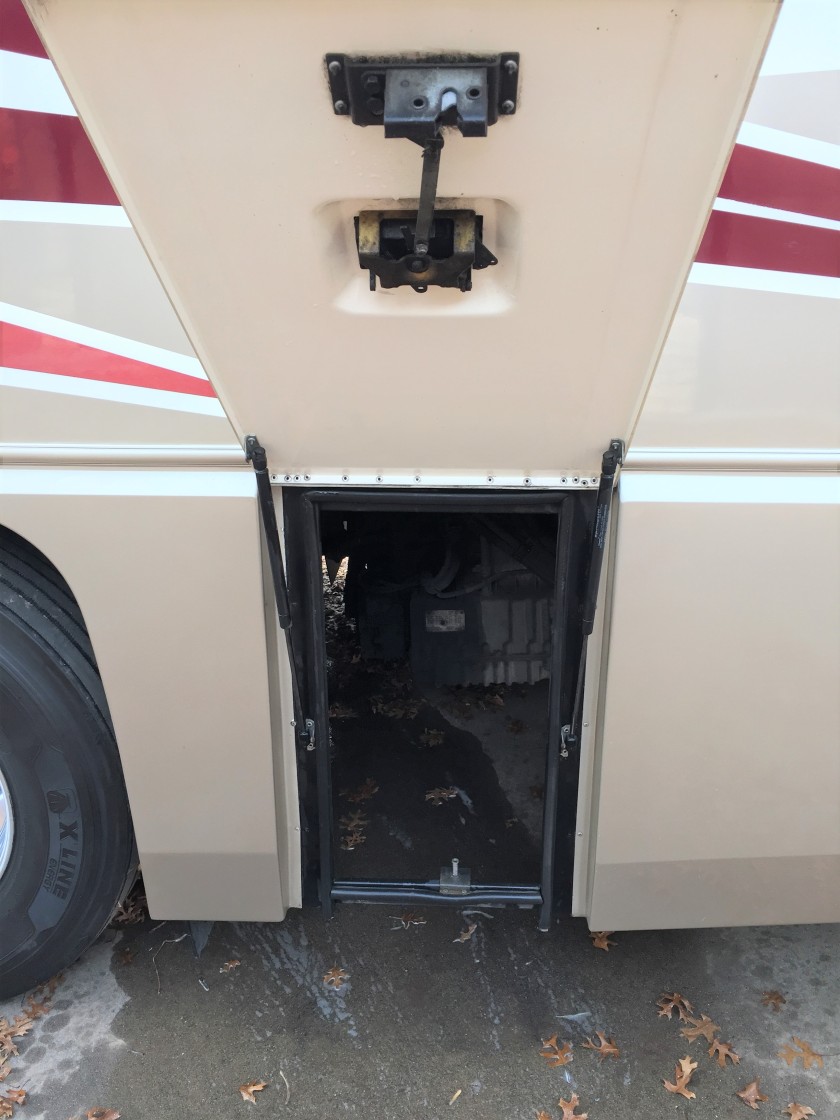 Nothing means empty space.  You can see the transmission in there. And empty space calls out for something.

When we were last in Nacogdoches, TX the folks at Xtreme Paint and Graphics were telling me they were installing a box in there for more storage.  When I found out they wanted more than $2,000 for it I decided I could do it myself.  So I measured several times and then measured again and again, did lots of thinking and sketching and then off I went to see my local sheet metal guy with some drawings for a box and some support arms.  A week later they were done. 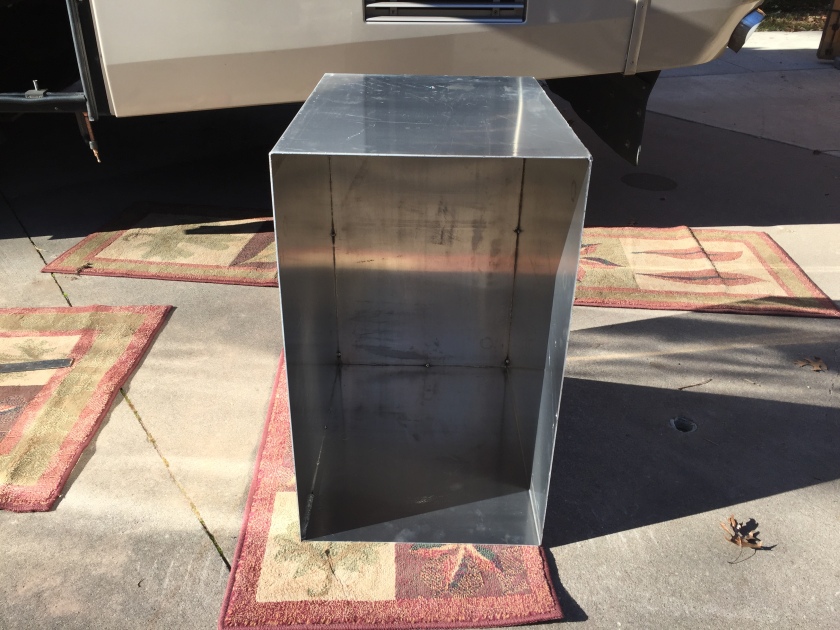 The welded aluminum box fit perfectly. I installed the steel support brackets to support the box. 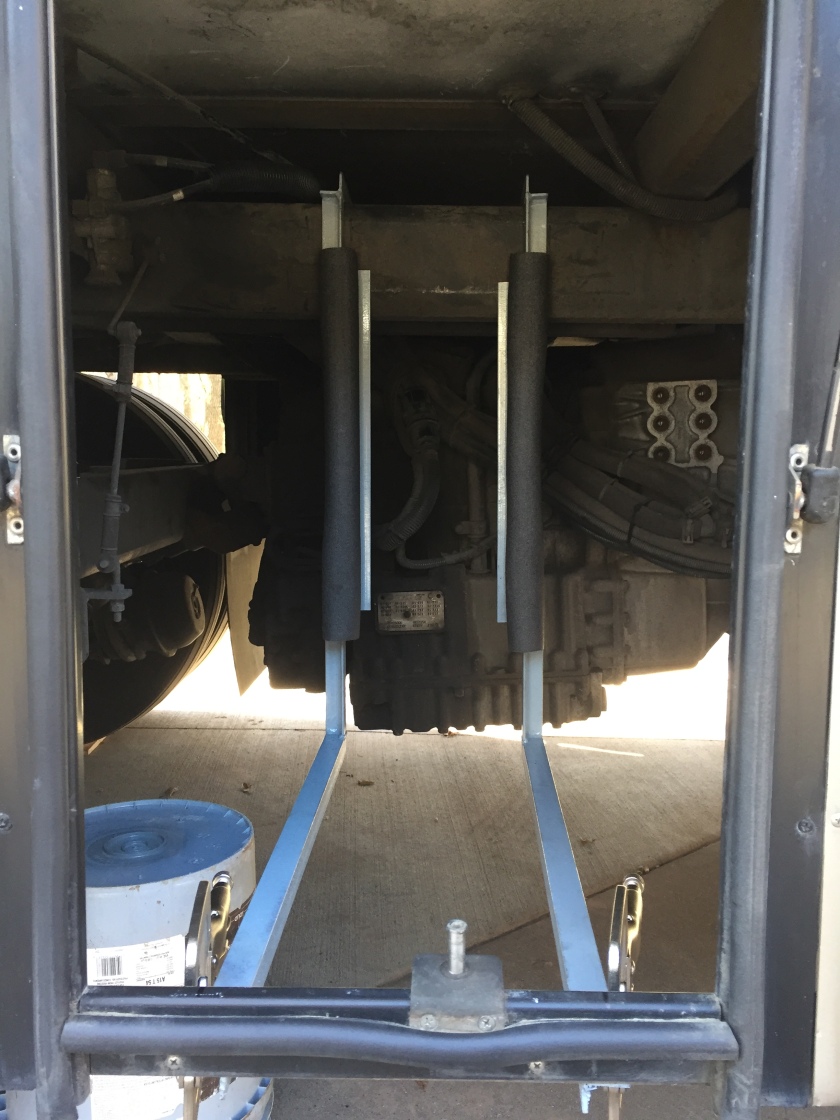 And then fit the aluminum box into place with lots of sealant and bolts. 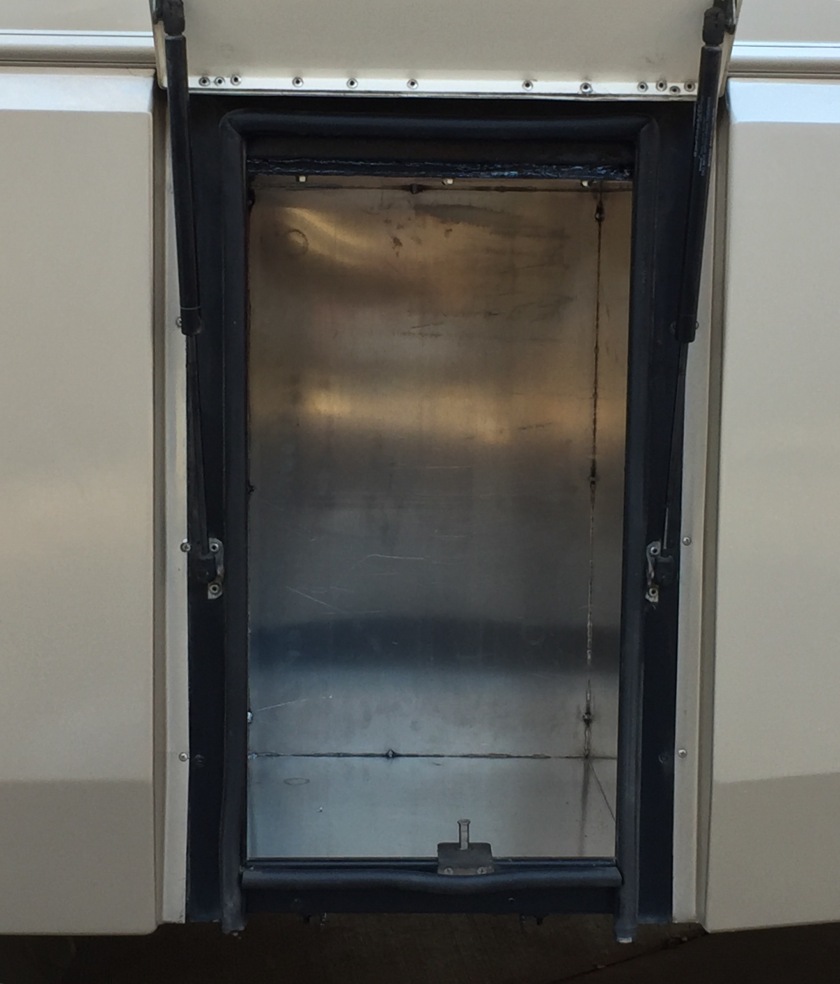 It is very a solid and waterproof 6.75 cubic feet of new storage space. The interior of the box is finished with an exterior carpet material and was promptly filled with stuff. Most of this is seldom used but nice to have tools, spare parts and other gadgets that are sometimes needed.  This frees up other space for the things we use more often. 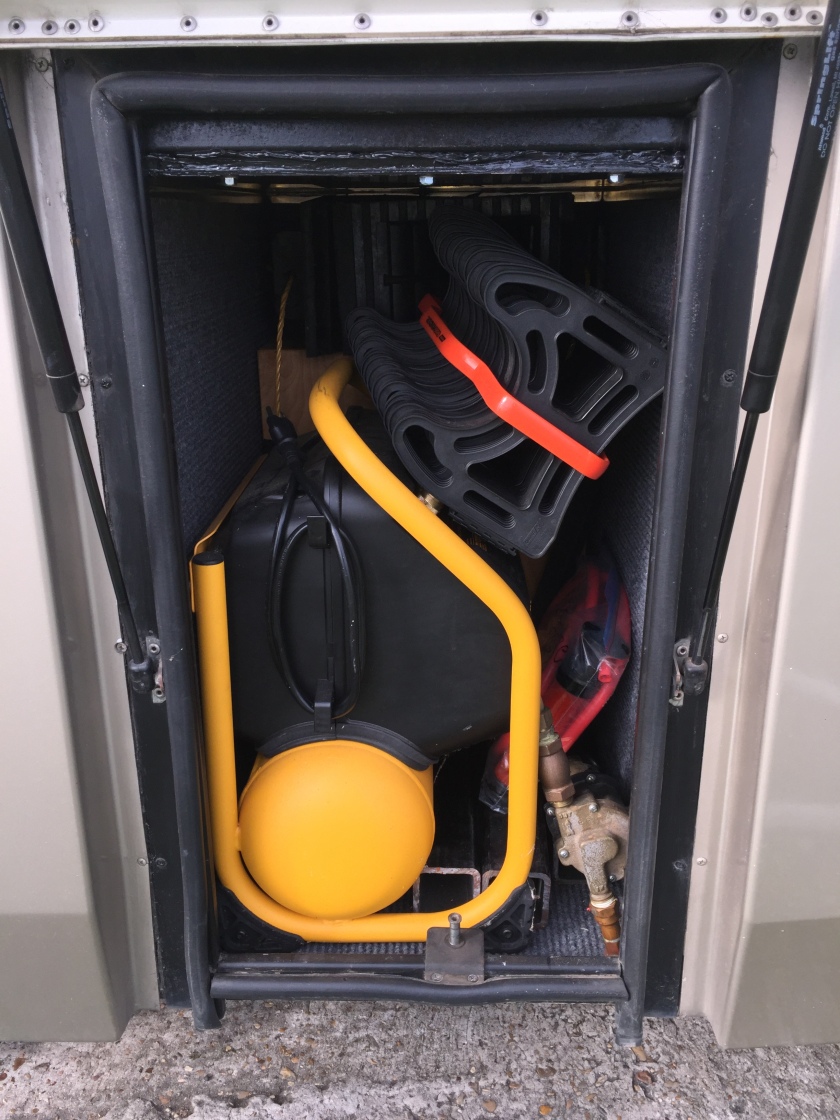 A small compressor, a spare heating system pump, safety stands for working under the coach, a 50 foot, 50 amp extension cable and more.  All nice to have if and when they are needed.  And this entire project cost me about $275 and took about three hours to install and finish. DIY pays off.

This was my last project before winterizing the coach and putting it in the barn for a couple of months before we head south to warmer weather.