We are great fans of the North Shore of Lake Superior. Only two weeks after our epic South Shore Expedition we are off to the North Shore for a week at one of our favorite State Parks, Temperance River.  We have been here several times in the past.  It must be almost everyone else’s favorite park too because for this time of the year it is booked solid almost a year in advance. 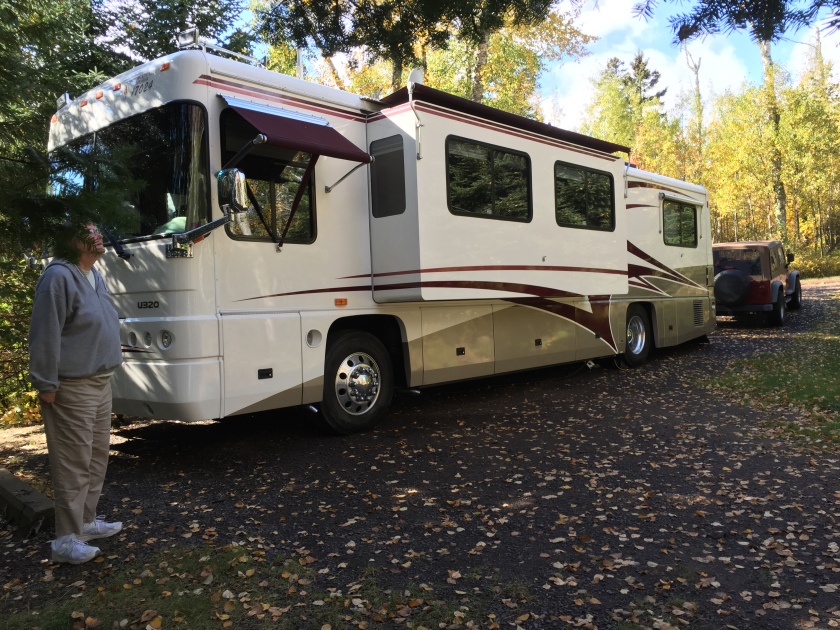 We go around the campground loop the wrong way so we can pull in looking at the lake. We are on a rise looking out on Lake Superior. 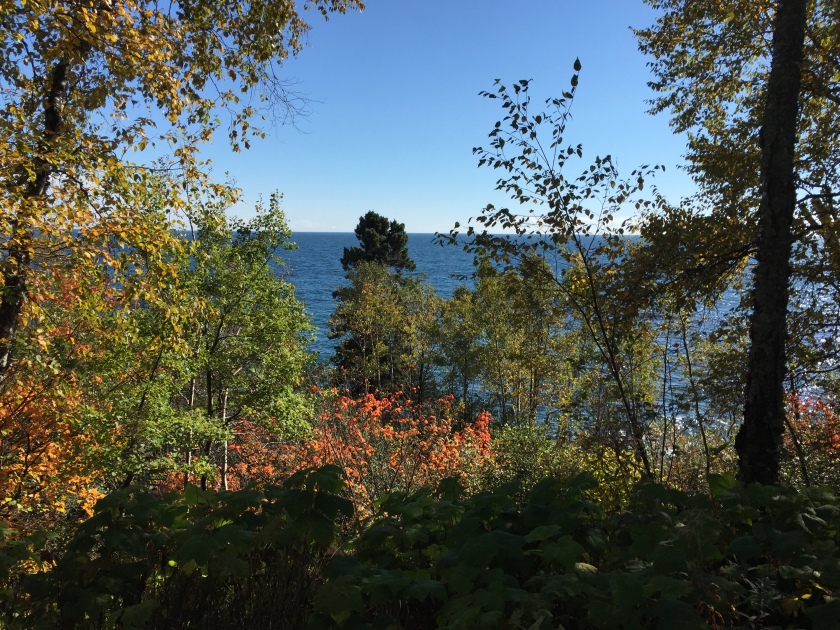 There are two campgrounds here, one on each side of the river.  The south campground is at lake level, the north one is on the rise. 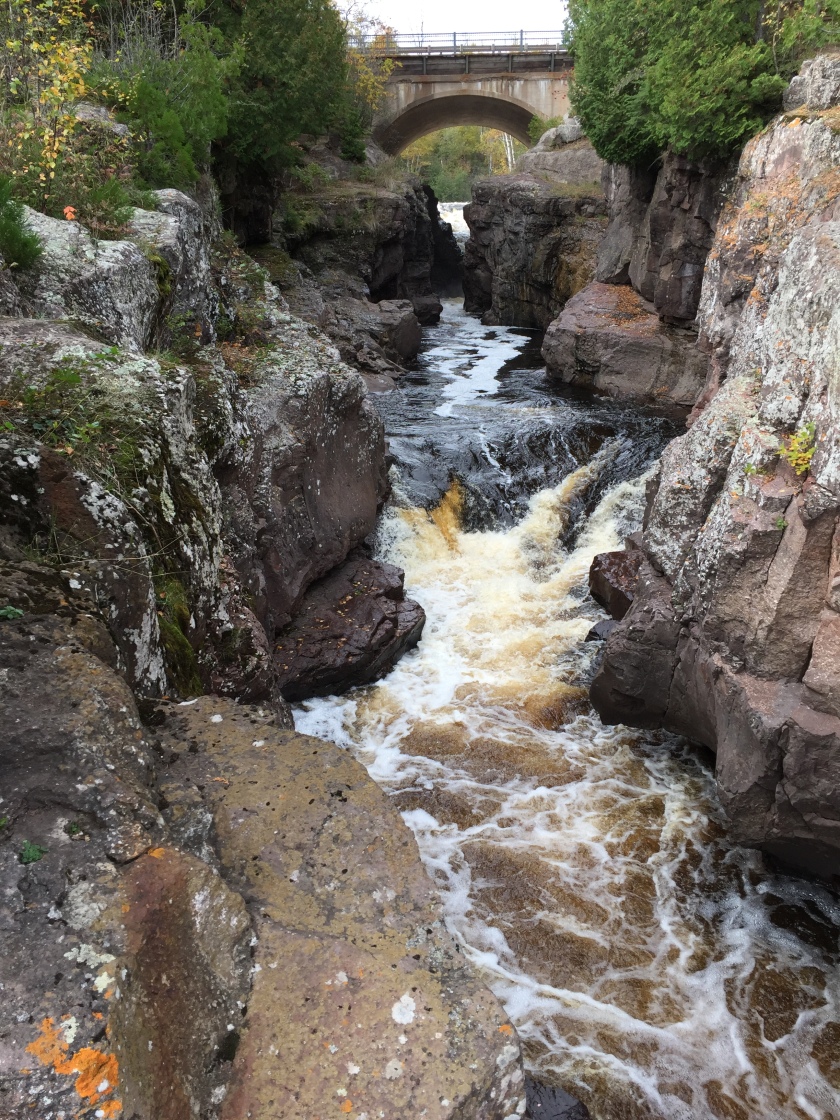 The Temperance River flows down from an inland lake and as it gets closer to the lake it has cut a deep narrow cascade through the ancient rock through a series of waterfalls. It is quite dramatic. 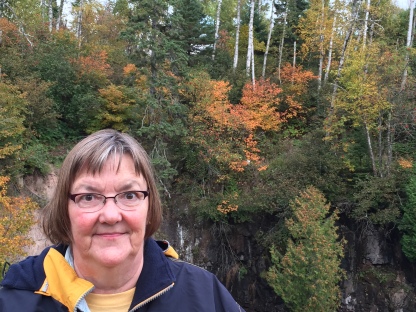 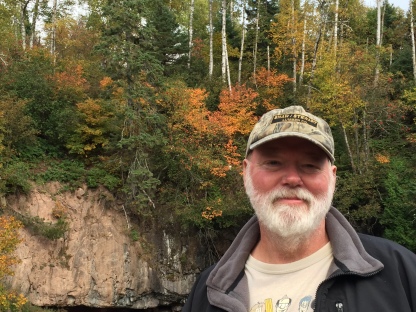 We spent quite a bit of time hiking. We got our bikes out and rode down to Schroeder … but no swimming.  Schroeder has a tasty bakery and a nice county historical museum.  They had a display about Taconite Harbor which was a major loading point for early taconite production.  There was a dedicated railroad that went from the loading docks to the mines and taconite plant at Hoyt Lakes, about 50 miles away.  When the mines were running out of iron ore and the cost of moving the taconite was going up and the size of the lake ships was making the harbor too small the whole thing shut down somewhere around 1980. 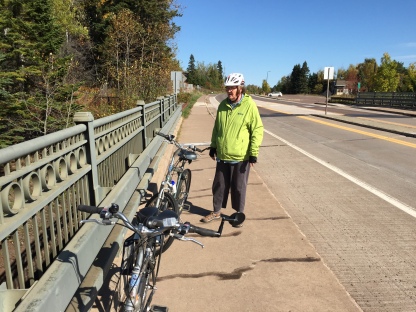 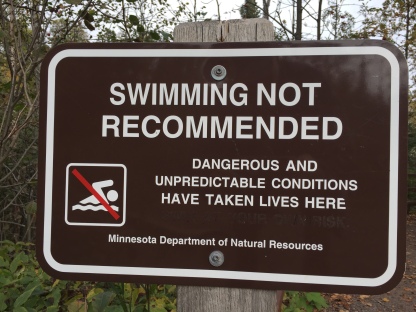 The loading docks and the power plant are still there, unused. 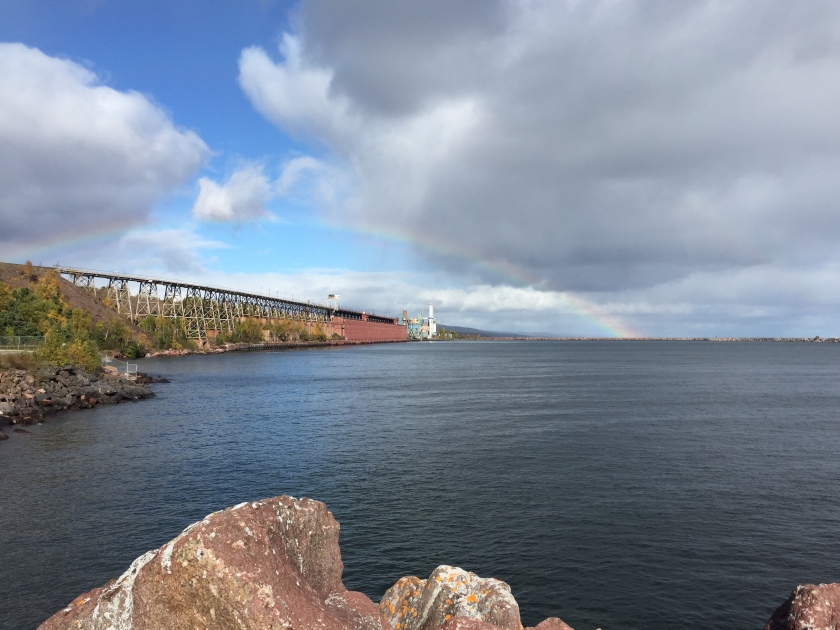 We went to The Sugarloaf Cove Nature Preserve near Temperance River that was once part of a huge logging operation.  From 1943 to 1971, Consolidated Papers, Inc. used this site to store pulpwood logs during the winter. During the spring and summer months, tug boats rafted the logs across Lake Superior to Ashland, Wisconsin. Remnants of the log chutes, the log storage areas, the old buildings and anchors for the log booms.  The cove was big enough to float logs to an area of about 40 acres. All of these logs were surrounded by a steel cable and log boom.  There were floating platforms where the ends of the boom cables came together and then a very long cable to a steam-powered tow boat.

During the summer they would tow several log rafts across the lake at just over 1 mile per hour.  It has taken more than 25 years to restore this site.  It now has trails and interpretive sites for visitors to imagine what it might have been like before the logging operation. 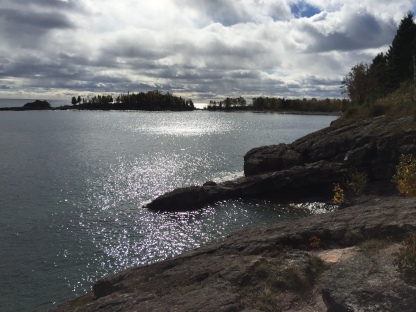 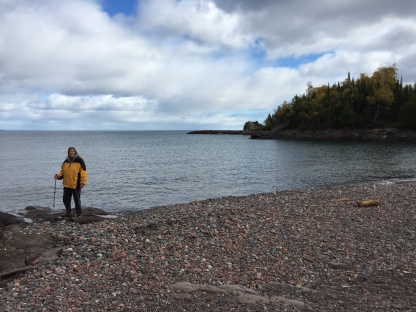 The Temperance River area is a great place for a lake side experience.  There are many  places where you can get right down to the lake where it seems that you may have been the only one to be there for years. There is great hiking, nice bike trails, interesting sites nearby and plenty  of time to just slow down for a while and enjoy the time away, the time to explore and the time to be quiet. 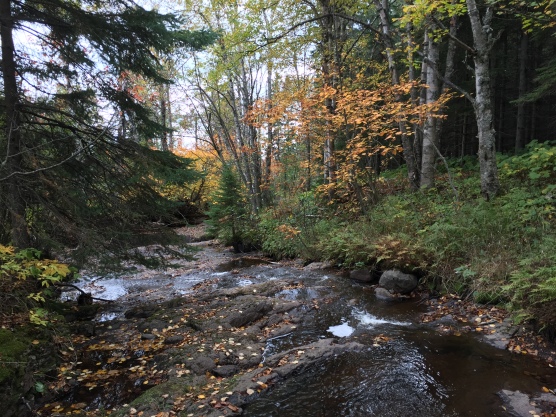 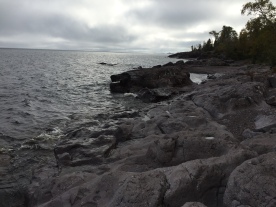 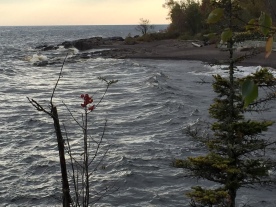 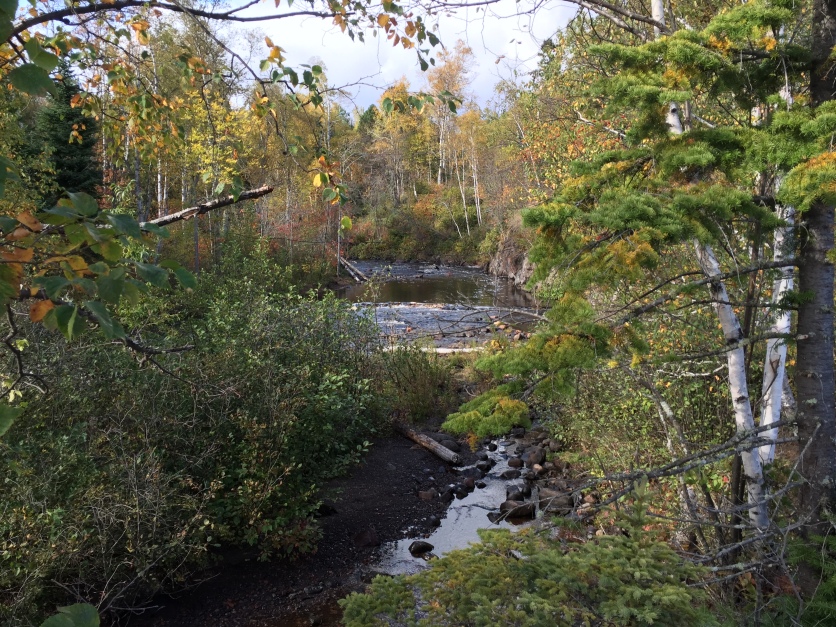 And plants that just grow out of the rocks. 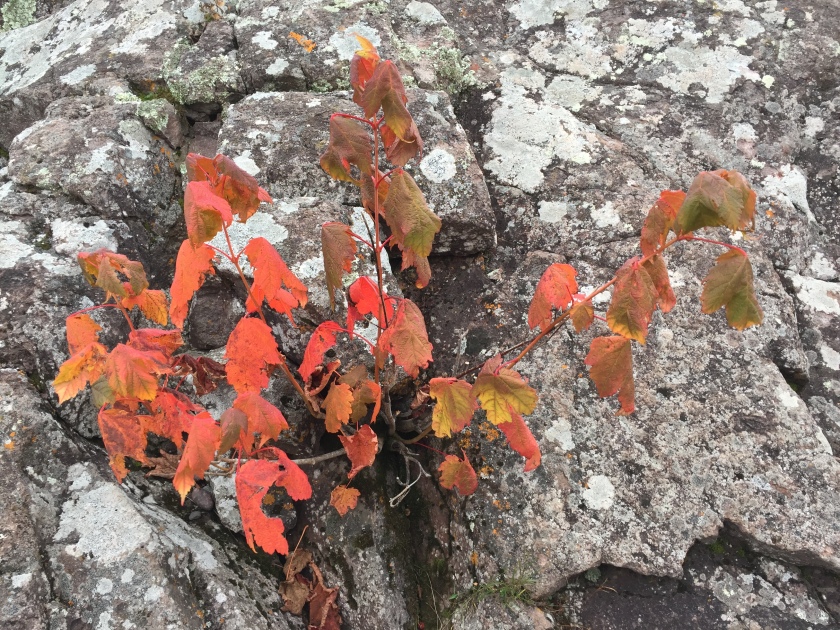 We will be back here again.