At the entrance to Zion National Park the Watchman stands as a sentinal. It is very much in view in all of Springdale and looking back from the first third of the canyon. 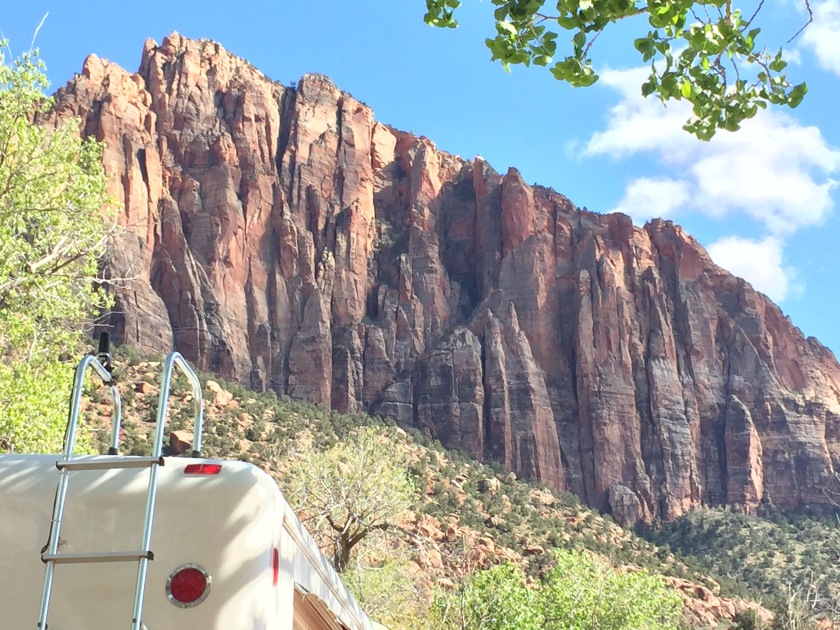 Every day it was right there in front of us.  It really was just as close as it looks. 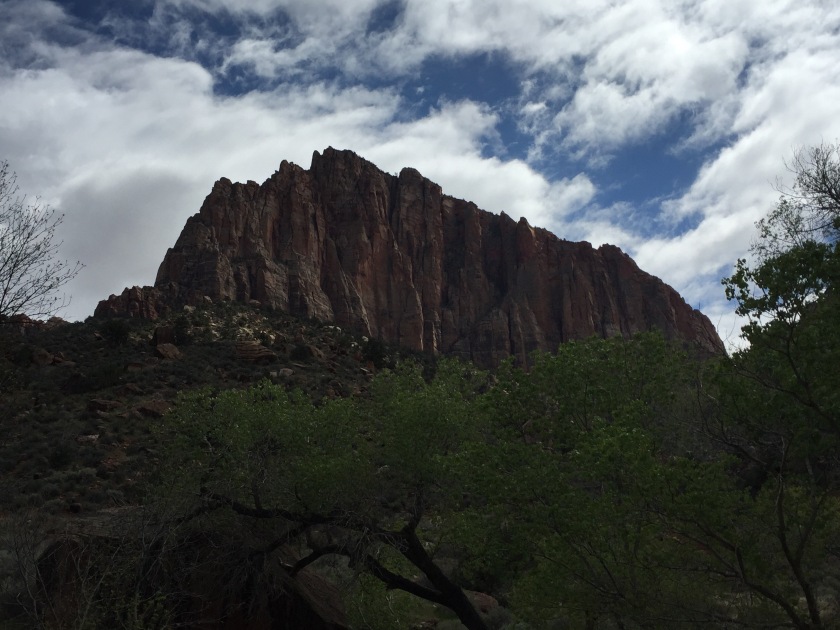 In the morning the sun comes up from behind it and it could be dark and ominous. 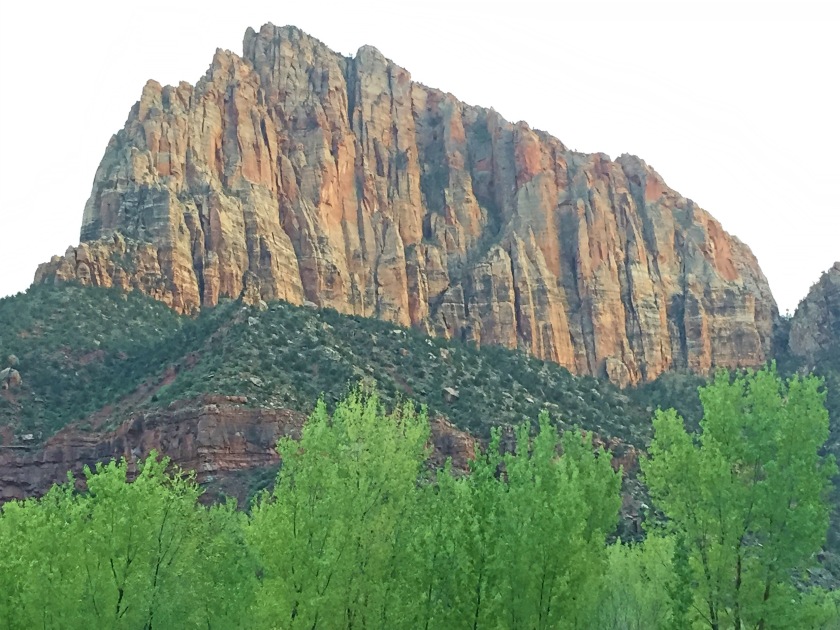 From every view its colors would change.  In the morning it would have light reflected from the opposite canyon wall. By mid-day, more direct light. Late in the day the low sun angles would change how it looked again.

And then clouds played an important roll as well. Filtering, blocking and opening up for more lighing effects.

One afternoon large dark clouds blew in from the south. Colors started changing like they do when a storm is coming.

The colors seemed very intense, greenish, the Watchman crisp in its detail.

And broke open a bit off to the west. A ribbon of light began to light up the Watchman.

Clouds were moving in every direction. Some rain fell. 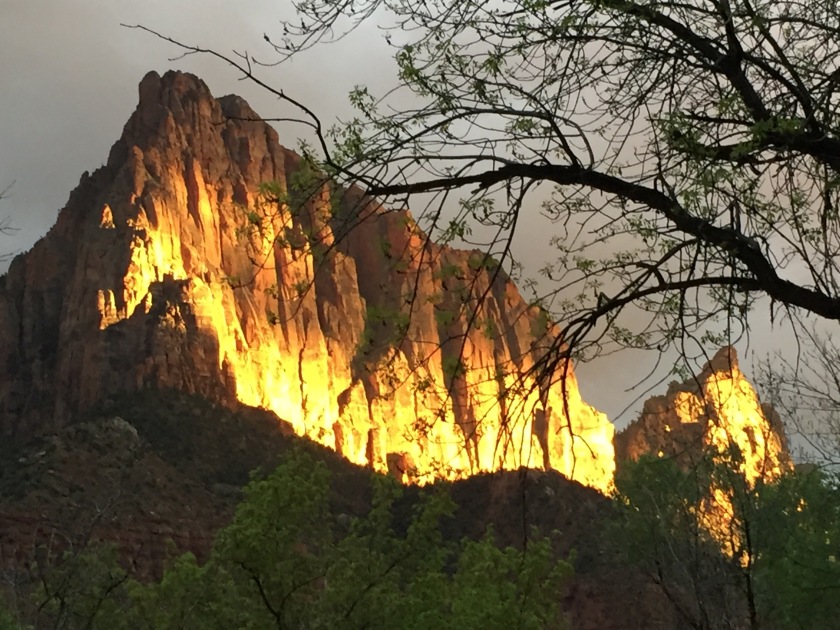 And then a tear in the clouds, the late day sun broke through and the Watchman seemed to burst into fire. 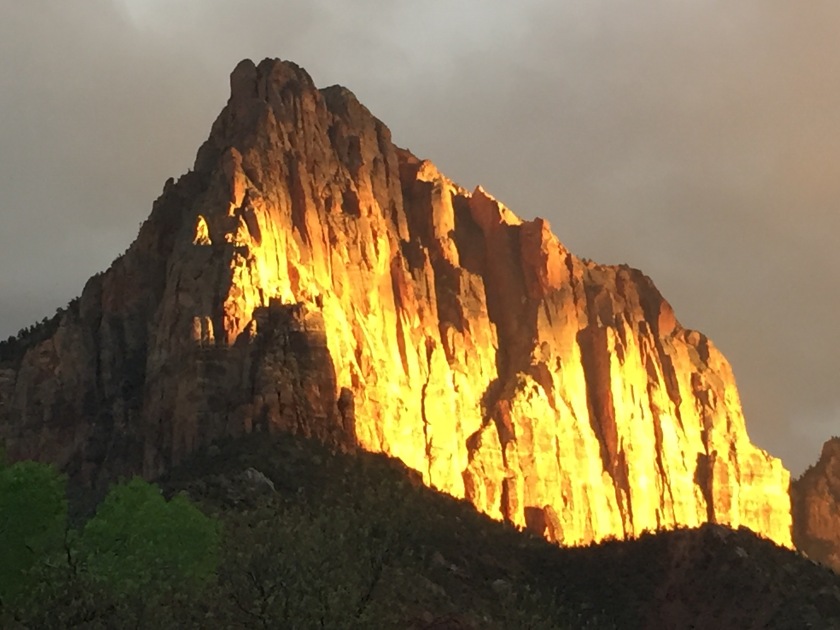 With great intensity and brilliance.

Everywhere you are in Zion this happens over and over every day. And you are right in the middle of it all as it happens. The vast range of color and light emerges and changes with just the swift movement of a cloud, just a few minutes of passing time. Light comes from above and between the high peaks along the sides of the canyon. A waterfall may only be in the sunlight for a few minutes each day and that waterfall only there for a very short time at just one time during the year.

This is not a drive through park.  Many people come for only one or two days, see what they see as the shuttle bus goes by and then leave. Like so many places we stop at a couple weeks is barely enough to start being there, to spend enough time in one place to begin to really see it, its colors, its moods.  To be in one place long enough to see what happens before you as it does.

This look at the Watchman happened in only a couple minutes and was gone.  Shared by a few who were looking.  We are fortunate to be able to have the time to be where we are and allow the experience to surround us.