I have to admit that we both like Fixer Upper on HGTV. Chip and Joanna Gaines started this show five or six years ago in the seemingly sleepy town of Waco TX. You could buy houses and property cheap and with an “all in” budget of way more than that they would transform what often seemed like dumps into a palace any of us would love.

Waco is far enough north in TX to get ice storms in the winter and even some snow and several months in the summer where 100° days are pretty common. Four months have average high temps over 90°. There have been as many as 44 days in a year over 100°. So March was a pretty good time to visit, it was warm and windy and dusty and only an hour and twenty minute drive from our campground.

First stop the Visitor’s Center where we learned Waco is bigger than we thought and it is the home of Baylor University. Probably a lot more too but we were on a magnolia mission. There was all of the ordinary Texas memorabilia and a wooden cutout of Chip and Joanna. It might have been shiplap, I forgot to look. We were surprised that if this was life sized then they were much shorter than we expected.

Right next door was the Texas Ranger Museum. 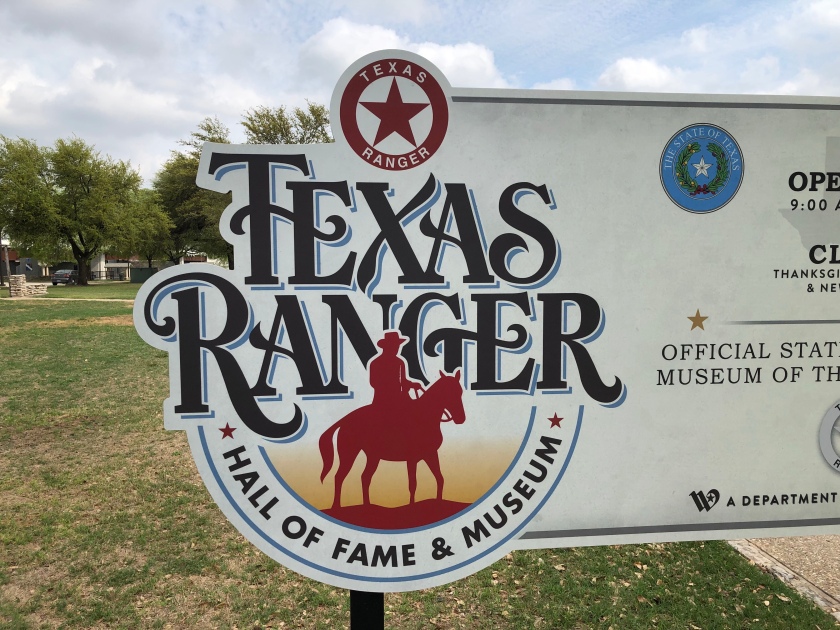 Back to ChipLap. Fixer Upper is all about Magnolia. They had a construction and realty business before TV and a development named Magnolia as we have heard.

Their presence in town is around the Silos.

A bit rustier than we were expecting, but there always has to be room for something to fix up.

There was a gigantic building next to it that was the heart of the commercialized Fixer Upper world. 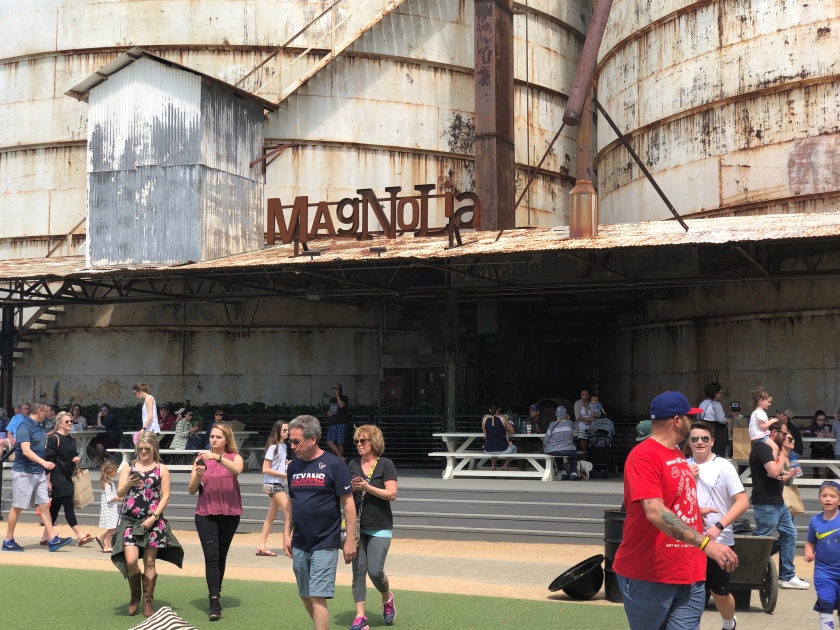 There was a big open area with artificial grass and things for the kiddos to do, food trucks to get something to eat, a seed and garden store where you could buy more stuff (even seeds) and a stage area where every once in a while there must have been some entertainment.

Joanna’s cupcake shop was off to the right with a very long line at 11 AM and just as long a line at 3. We didn’t stand in line.

There was a very nice Fixer Uppered 53 Willys Station Wagon.

This was in very good restored condition.

We ate at a local place, we were trying to find Chip’s new breakfast place that was just about to open but couldn’t.

And then back to Georgetown the back roads way. It was a nice drive along a hilly county road mostly. Much more enjoyable than the interstate.

It was fun to visit, probably about what we expected. We thought there might be more about the TV show and some of the projects but in order to protect privacy there is no list or addresses of any of the homes they did. There were no maps showing all of the sites. Probably just as well or some of these older neighborhoods would have had a steady parade of cars driving down their street every day.