Did you know there were camels in Texas? There were and they were at Camp Verde about an hour south of Fredericksburg.

Camp Verde was the headquarters for the U.S. Camel Corps. Leave it to the Army to try using dromedaries as pack animals. All of this started in 1856. But the camels and the Army horses and mules didn’t get along at all. The horses, mules and soldiers hated the surly and smelly camels.

The Texas Rangers were in charge of the camels during the Civil War. (Texas was part of the Confederacy) Some of the camels escaped and headed to Arkansa. They were later captured and sent to Iowa! Iowa! After the Civil War some of the 66 remaining camels were sold off to a few circuses and the remainder sent to Arizona to get old. 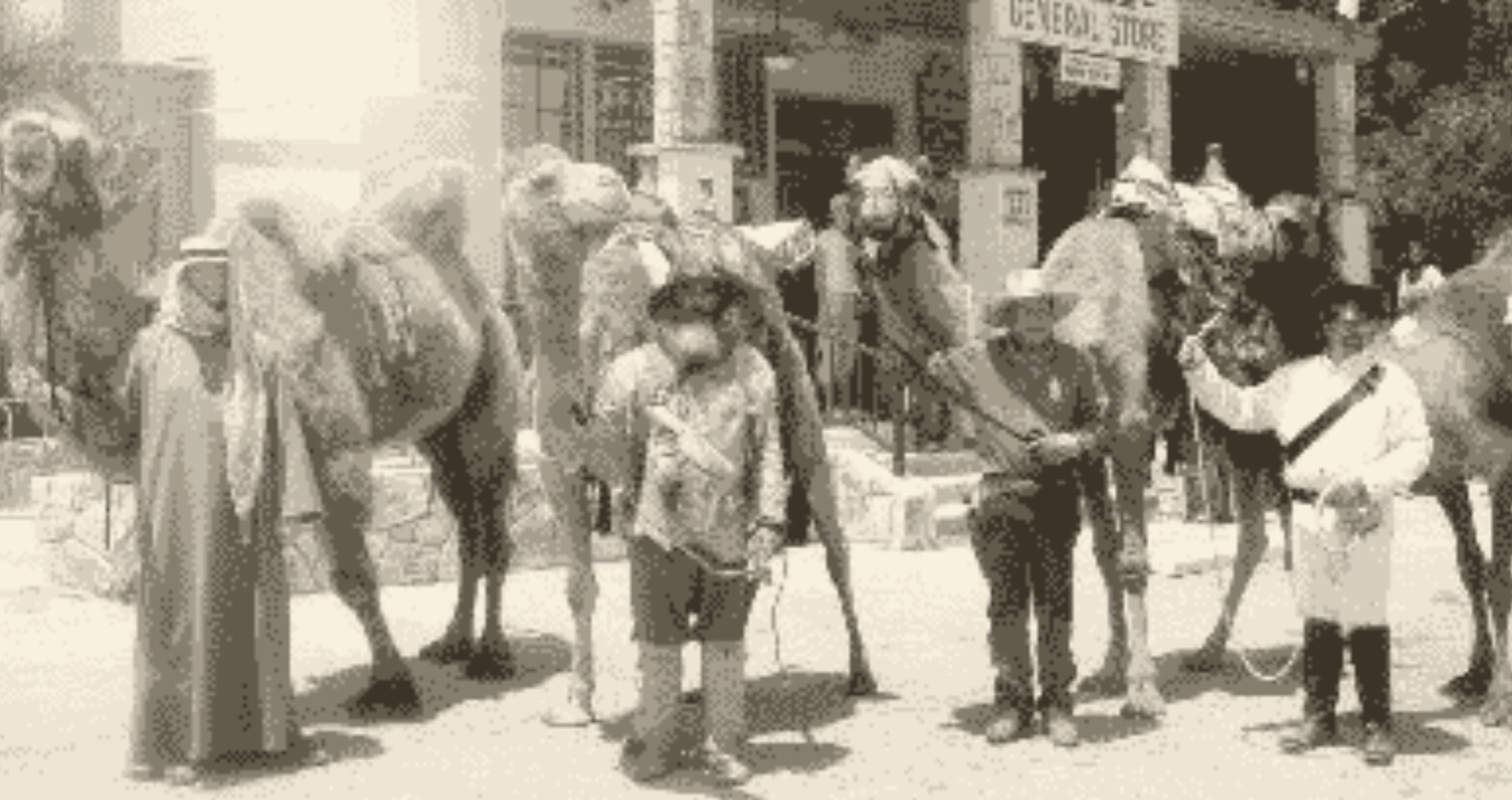 And now Camp Verde lives as a General Store, a Post Office and a Restaurant. 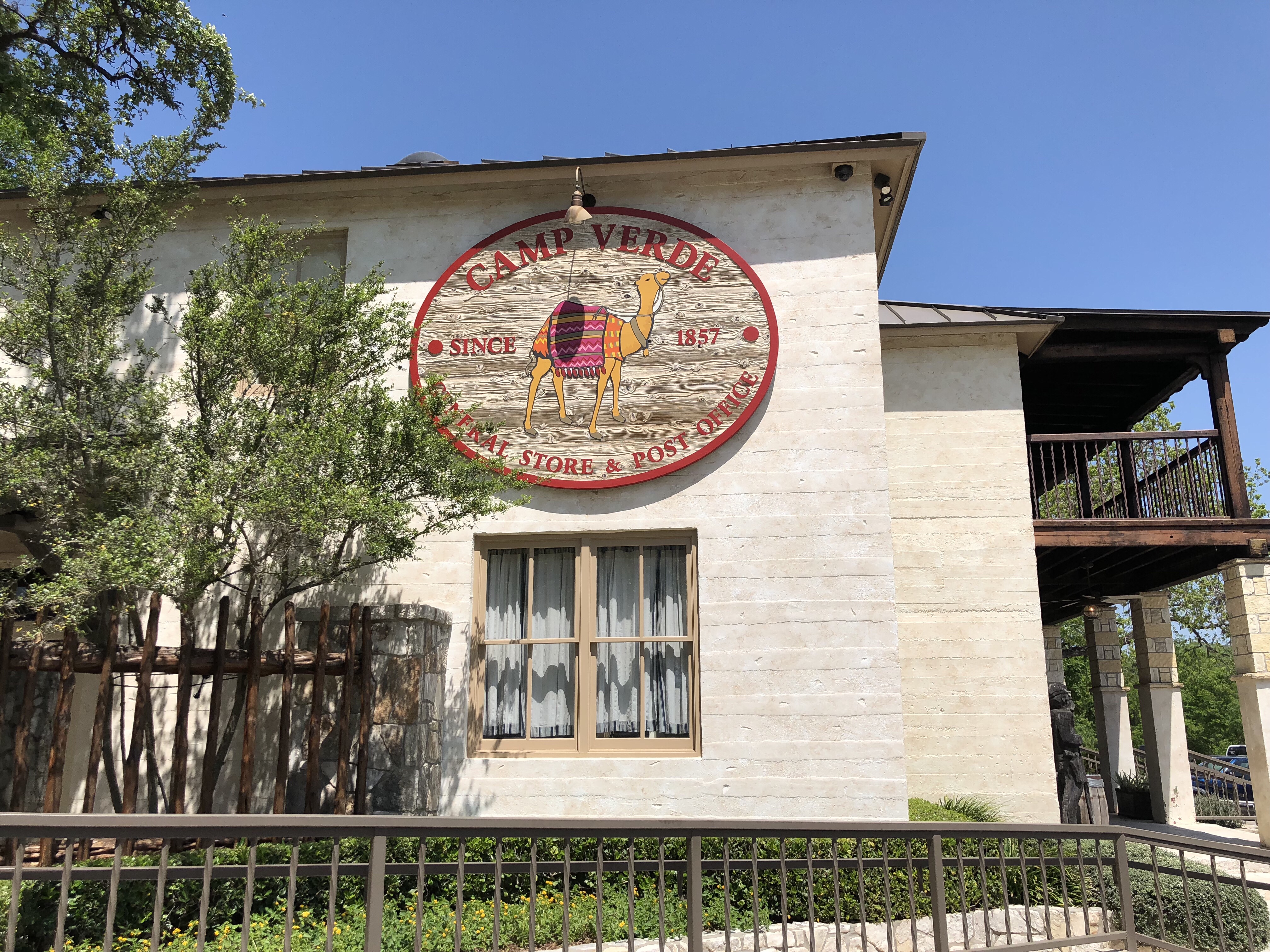 The general store part is about half western themed gifts and the rest is a first class kitchen store. We really like kitchen stores and this one was one of the better ones. Lots of stuff at $7. Kitchen store fans will buy almost anything for $7. We bought a couple clever gifts items, a paper dish cloth (we have a couple of these and they are amazing) and a new set of measuring spoons for the coach.

And then we had lunch in the restaurant. It was wonderful and followed by a peach cobbler with ice cream. 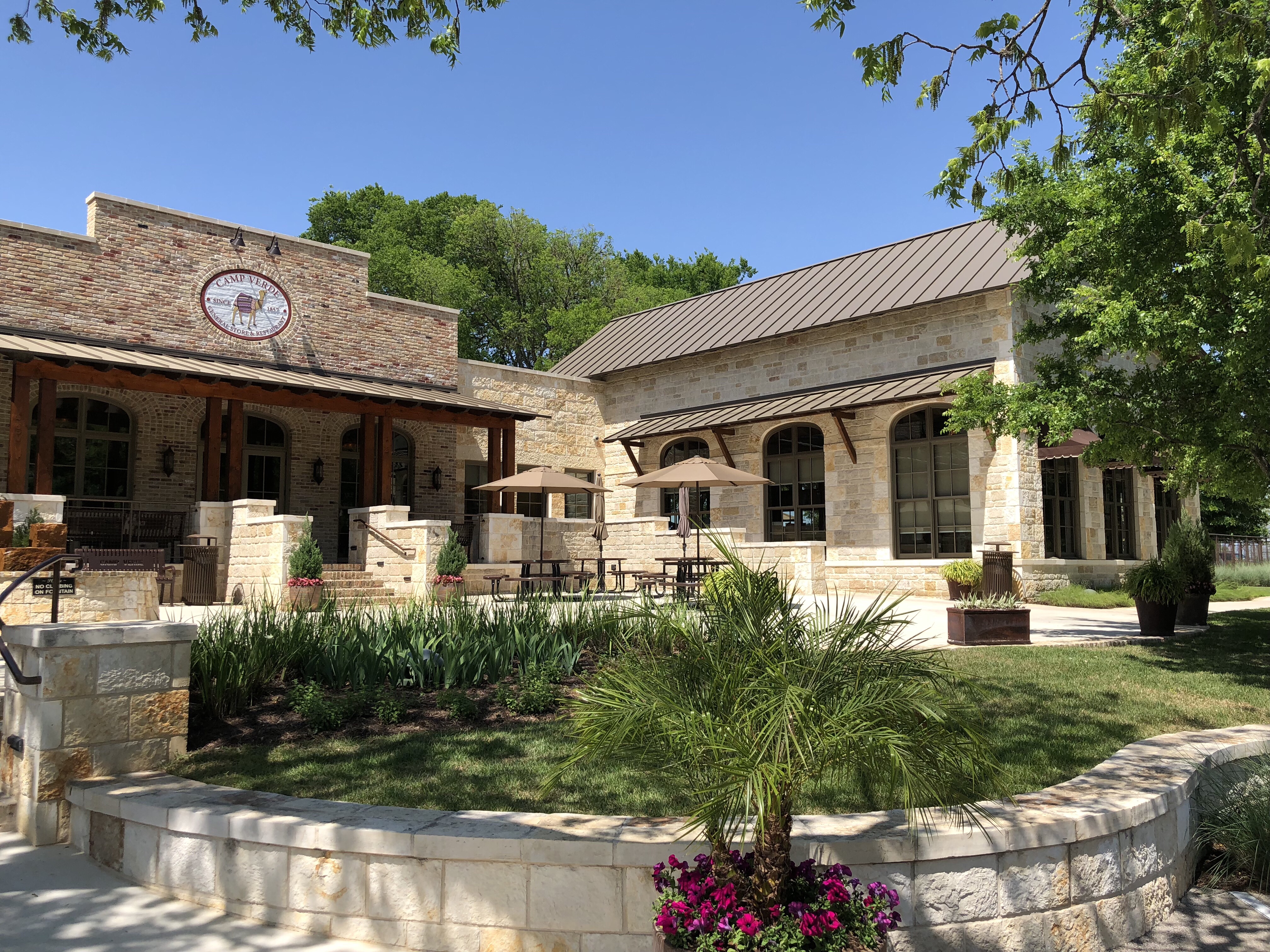 After lunch we wandered around the grounds. 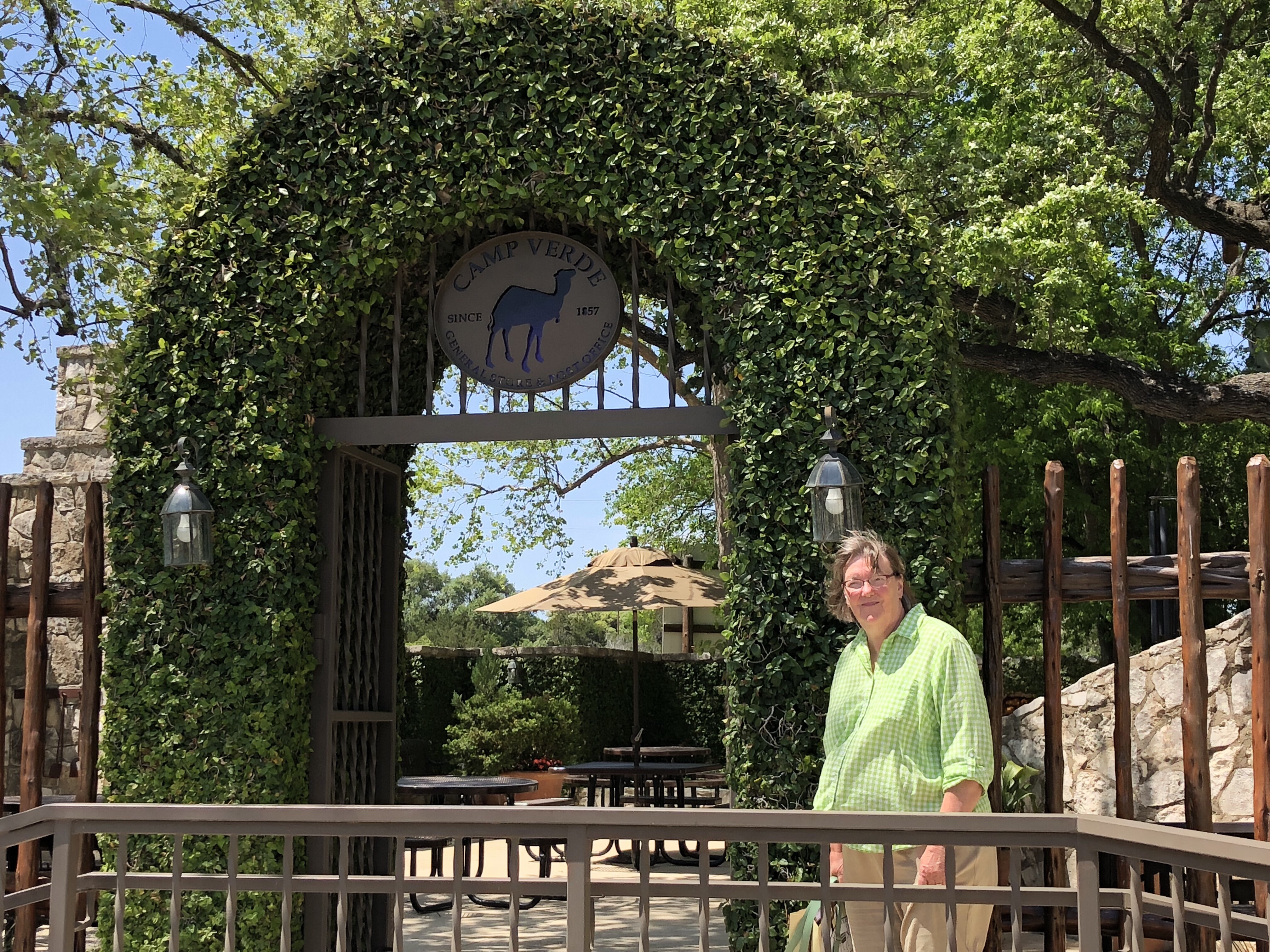 There was an attractive outdoor dining area with a big fireplace. It was green and comfortable.

And the back corner of the restaurant. The building was very attractive. 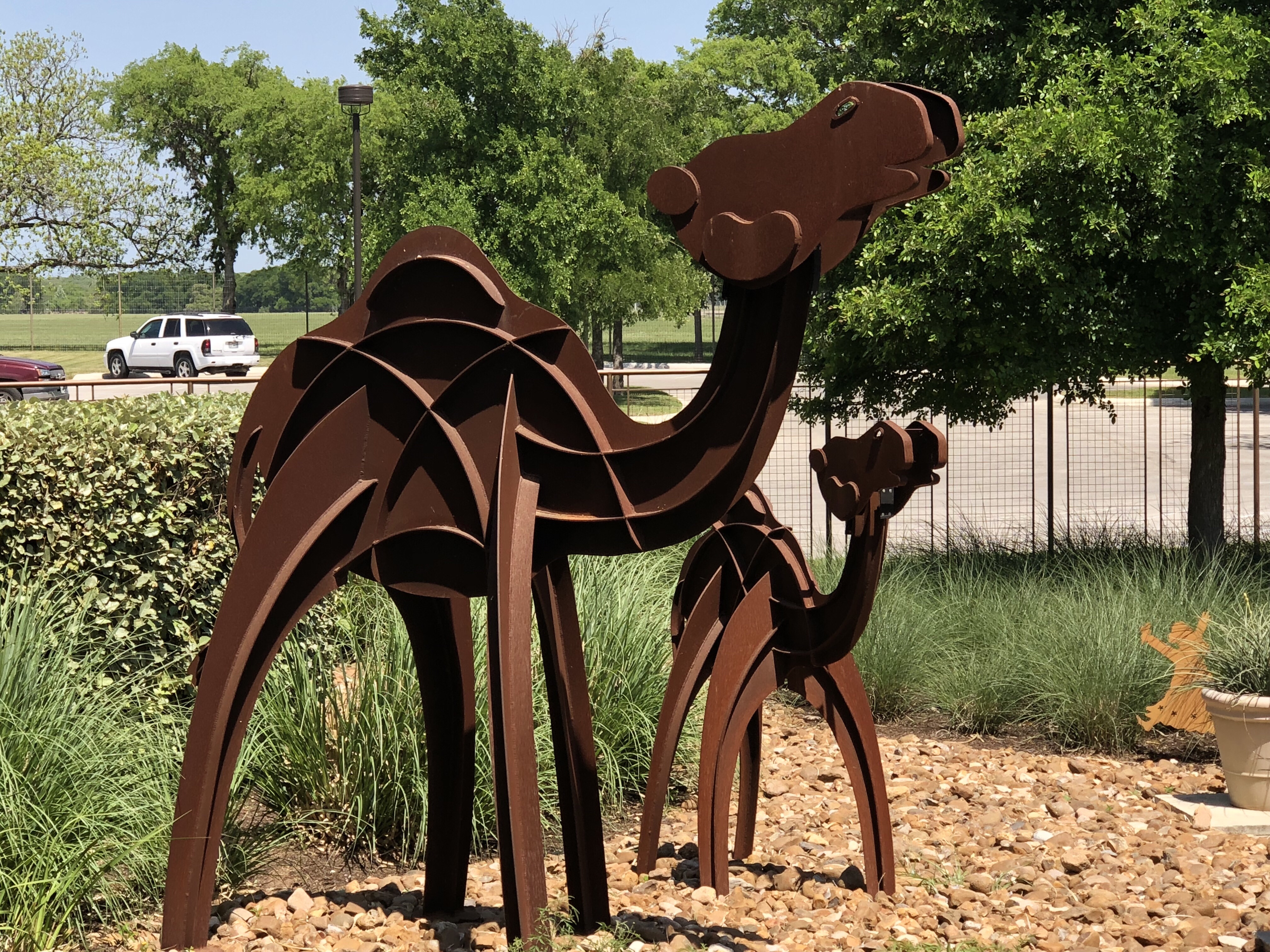 And the camels were remembered. I am not sure if there were ever baby camels but the thought was nice.

And like some of our favorite sculptures in Santa Fe, these were kinetic. Play the video to see. (Hope it works, this is our first video)

One more great spot in the Texas Hill Country not too far from Federicksburg.