A couple hours west of Sault Ste. Marie to Munising. There is a nice city campground there that we have been to twice before. About 1/3 of the sites are right on Lake Superior. 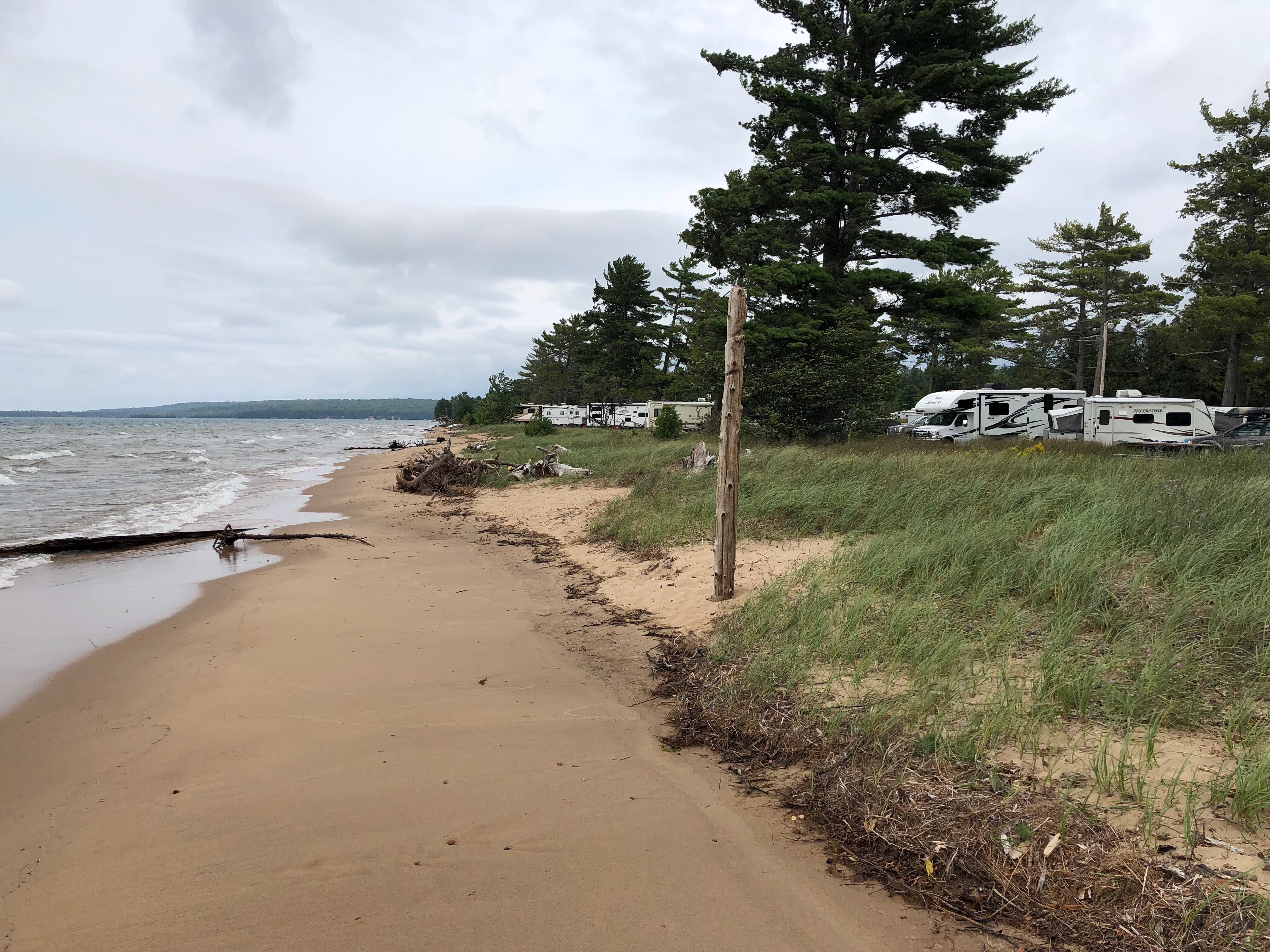 Munising has two great hardware stores, perfect when you need something which is usually the case.

And what we really came here for is Sand Point, a very nice beach on the east side of the bay facing west. Perfect for an afternoon sitting on the beach doing some of life’s really important tasks, nothing. We were here for three days, first day was a trip to the hardware store, actually both, looking for a picture hanger. We drove out to Sand Point but found the road closed. We checked out the city park where there was going to be a concert the next evening. We went out for lunch, it took three tries to find a place we actually wanted to eat. The last was pretty good.

The next day it was black clouds, lots of wind from the north, big waves coming right on to the beach at the campground, white caps, some rain. A perfect day to stay inside. It calmed down in the afternoon enough to get out for 20 laps around the campground on our bikes. 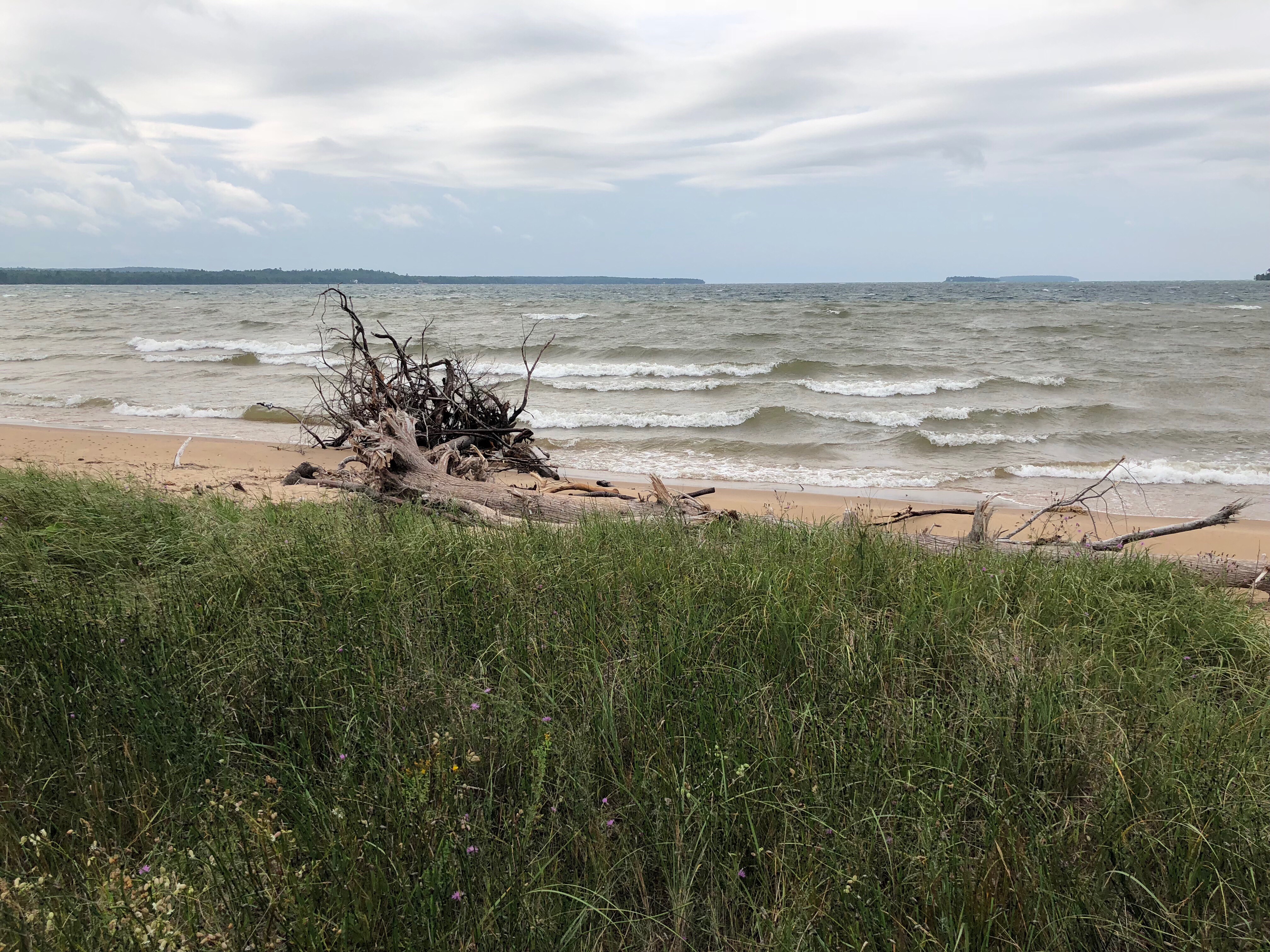 Our friends Douglas and Amanda showed up late in the afternoon. They were at the Howell Melon Festival down in Michigan’s mitten and heading for Iowa. So, look at a map, Munising is right on the way right? No matter, we were happy to see them again. We had supper together. The last of the home made pasties. 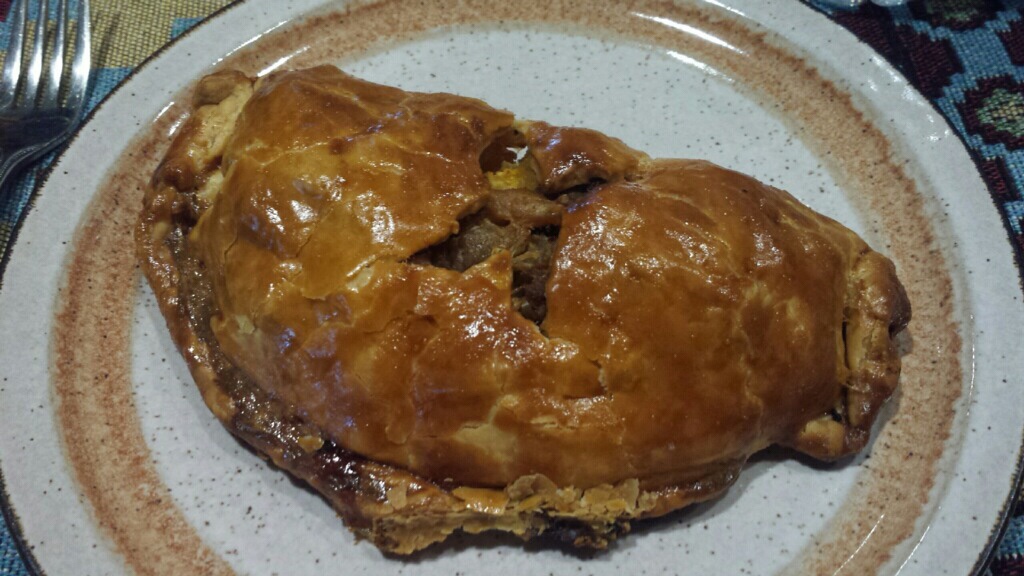 The next day we made blueberry pancakes for breakfast. Can you believe Amanda had never had blueberry pancakes before? Well she has now and she liked them. Our five pounds of blueberries from South Haven were down to the last pint after that. 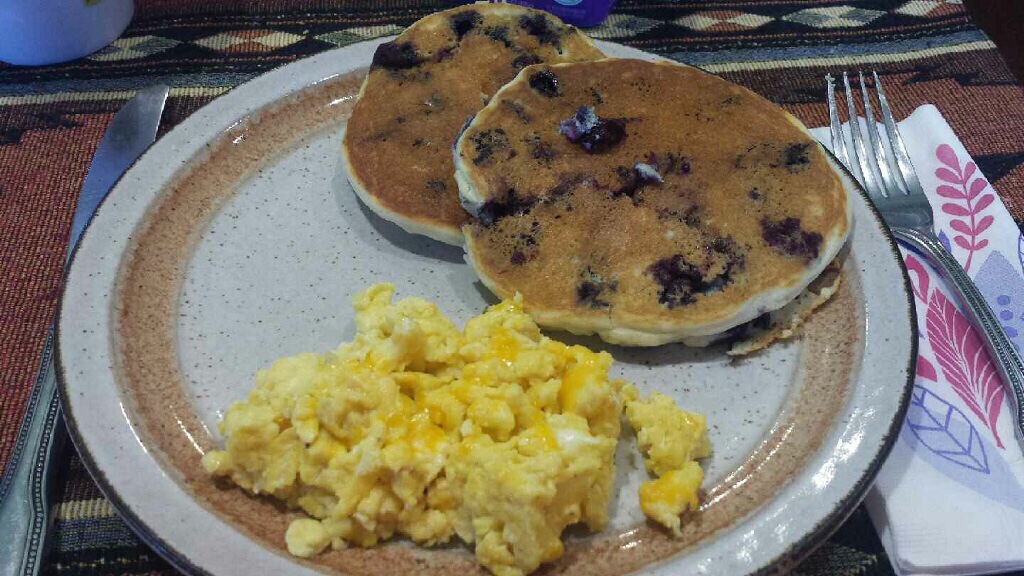 The afternoon was spent at the beach doing important stuff. And then Foggy’s in Christmas, MI for dinner. It was only about three miles away and the food was good. By the time we were eating people were standing in line waiting for a table. 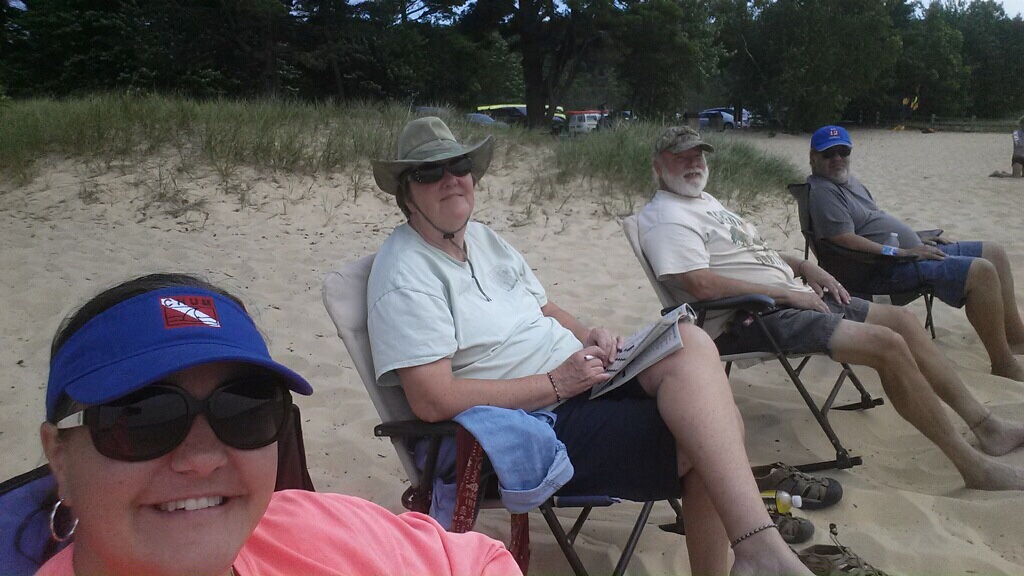 And then they came over for a visit, some ice cream and a couple card games. We had a nice framed picture of a sailboat going under the lift bridge at Charlevoix for them. A reminder of their new boat they sail on the south arm of the lake. That is what the hangers were for. They were surprised and pleased. It will make a colorful addition to their coach.

We played Quidler, Amanda won. And a round of Uno. I think (cut throat) Douglas won. We managed to chat until almost midnight pretty early with them.

In the morning we were leaving for Ontonagon, 2-1/2 hrs west. We had to go see where they hung the picture, exactly where we thought it would look nice without any coaching from us. Very nice. Hugs and goodbyes and we were off. They are getting pretty good at Minnesota Goodbyes so it really took a bit longer, quite a bit longer actually.