Skip to content
End of October, 2014.
When you think about being gone for a long time – for us this upcoming adventure will be about four months – you might think there is lots to think about.  There is. What clothes, what food and so on.  Actually it is much more about things to make life easier on the road and esier to be away from home.  Clothes aren’t too hard, something warm, some t-shirts, some pants, some shorts.  If we don’t have it we will get it. We take less food to start than we would for a long weekend.

House
We have folks watching over the house. Helpers to call if needed. The snow is being plowed. The mail is being forwarded. Monitors watch temperature and power in the house.  We have flooding detectors too.  These will alert us if there is water on the floor.  We have remote cameras watching that detect motion and send us emails when that happens.  We can remotely access those cameras for a look-see of our own.  Pretty much good to go on that front.

Coach
The coach has had all the needed and scheduled service done, systems checked and all is thumbs up there.

We put in a new refrigerator in September and gave that a test trip.  It works fine but we pulled it out and redid the exterior access hatch to improve insulation and reduce air infiltration.  I also rewired the circuit that powers the refrigerator so that the outlet that the refrigerator plugs into is now behind one of the kitchen drawers.  For whatever reason this refrigerator does not have an on/off switch. So I wired the outlet to a new switch on the front end of the kitchen cabinets and while I was at it added another 110v outlet next to the switch.  This lets us turn off the refrigerator without cutting power to that circuit. 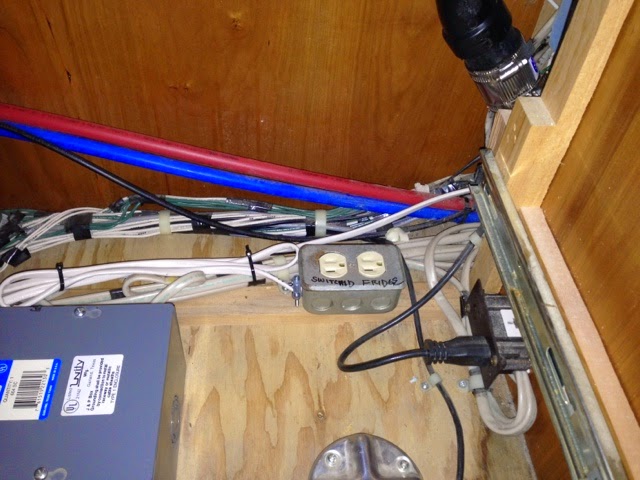 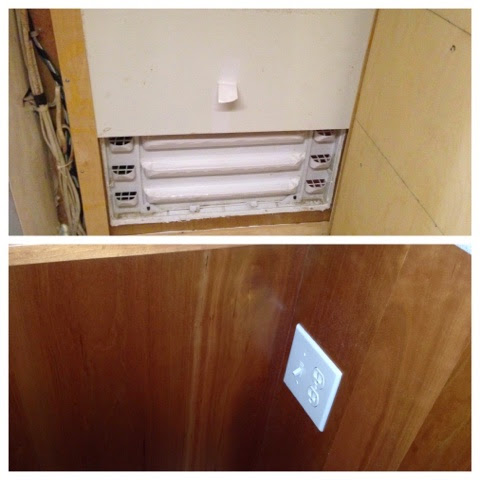 Lighting
We have just about completed our conversion to all LED lighting.  The last to get done are the insides of the inside cabinets and closets.  Just a couple left to do now but this makes a big difference.  They are on switched 12 volt circuits and have sensors in the doors so when the door is open the light is on and when you close the door the light goes off.  It really makes it easier to see what is in there and find stuff. 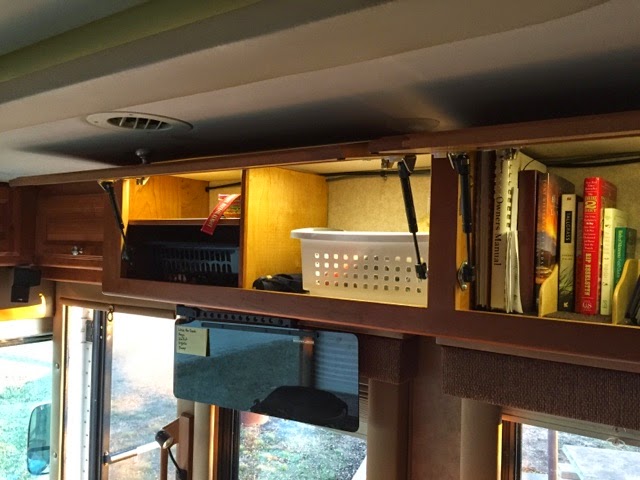 I have also been adding LED lighting in the basement storage bays. These are areas that needs all the light they can get.  I am even adding lights to interior equipment bays, the engine compartment and the generator bay.  All of this makes working with the coach easier.
DirecTV
We were able to get TV reception in many areas in the SE US but we are pretty sure that won’t be the case out west.  So after a lot of debate we decided to add a DirecTV dish and receiver. If you want this at home you just call and they provide everything and hook it all up.  If you want this on your motorhome you buy all the parts and get someone to install it and set it up at your expense or you do it yourself. I of course chose to do it myself. 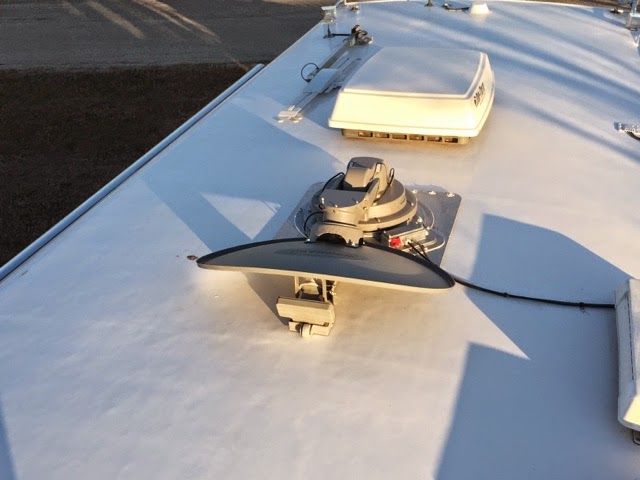 The dish is mounted on the roof.  It folds down while traveling. There are control boxes and inside wiring as well.  When you deploy the dish from the storage position shown, it rises up, unfolds and starts rotating and tilting and automatically finds the correct position to receive data from three satellites simultaneously.  It takes about 5 minutes. 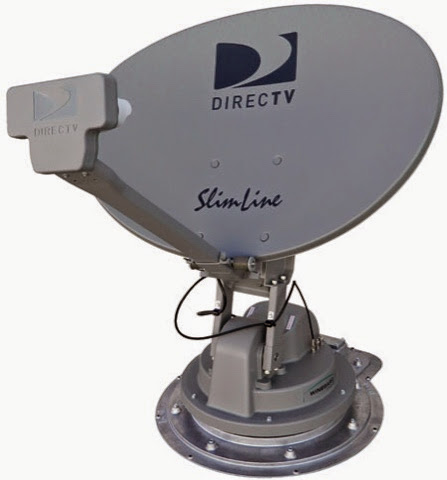 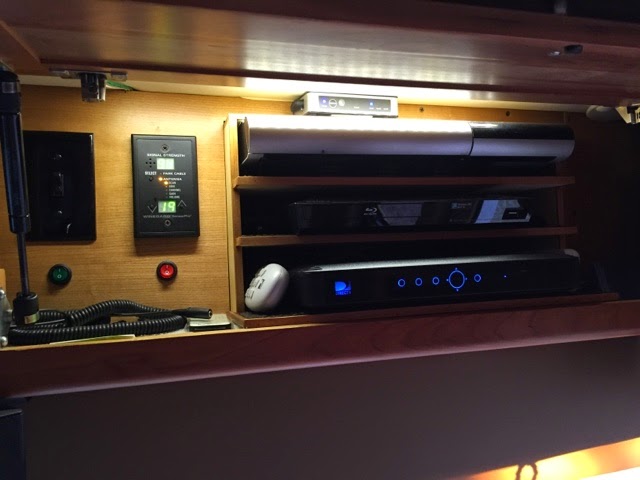 There is a Genie DVR receiver in the coach.  It can record and watch five different programs at once.  I also added new over-the-air antenna signal strength displays and amplifiers and lighting.  We still have the Bose surround sound system, cd player and blu-ray player as well.  We also have about 40 blu-ray discs with us too. And way too many remote controls.  We can be well entertained when needed.
I added new drawers under the dinette for more organized longer term storage for supplies. 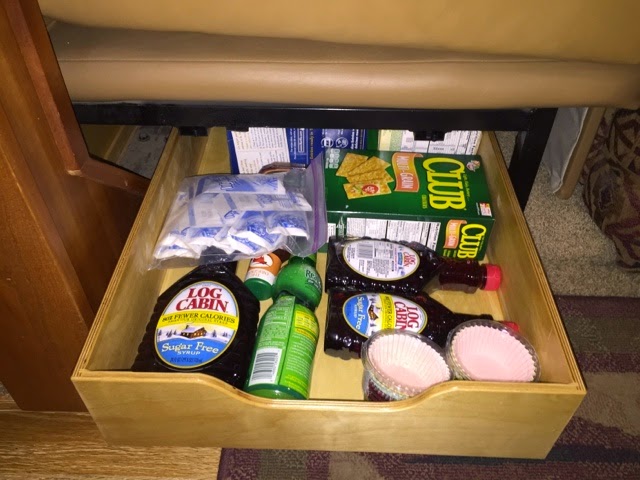 We also upgraded the coach’s wifi network and 4G access to the internet.
And then we unloaded everything that was in the coach, sorted, removed, added, organized, repacked and reloaded what was left.  We ended up with more space
So all of that done we winterized the coach, put it in the barn and started our departure countdown about 8 weeks away.
More next time.
Roger and Susan