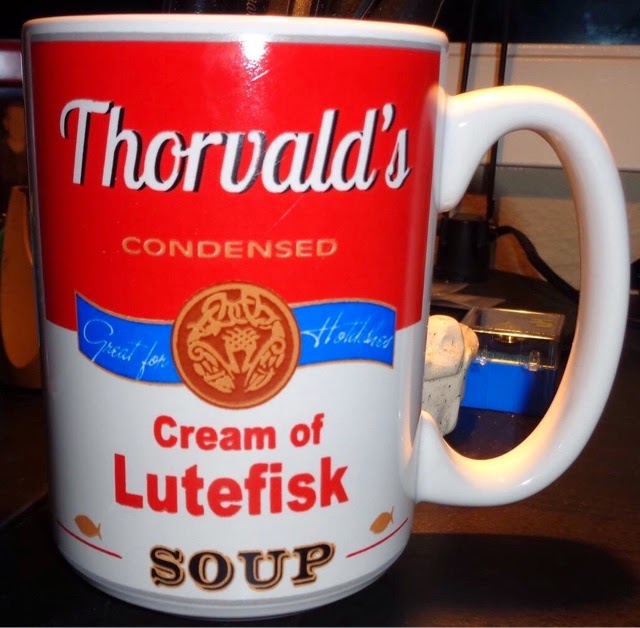 Never heard of “Hot Dish”.  But casserole?  Maybe. And this must be the heart of all of them what ever they are.  M-M good.
Just kidding, everyone we have met here has been very nice to us and made us feel welcome.
Downtown Nacogdoches
We went to downtown Nacogdoches Sunday about noon. Only one store was open on the Square.  Most that are open on Sunday open at 1ish. 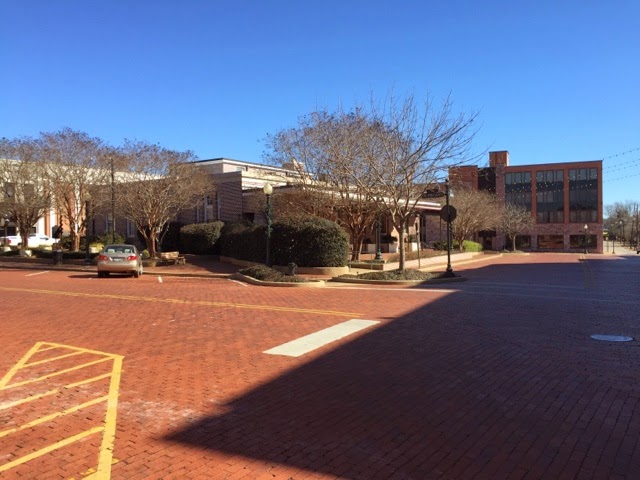 Nacogdoches is the first chartered city in Texas founded in 1779. It was a typical southern town built around a public square.  It had wood framed buildings, one or two stories and all of the usual services of a town back then. Nacogdoches has the Lanana river that runs through it and the area was widely forested at that time.  Lumbering and mills poped up, the railroad came and Nacogdoches prospered. Much of the downtown was burned in a big fire in the 1800’s.  A German architect who had come to live here was the go-to building designer.  Everything was rebuilt using bricks.  So there must have been a prosperous brick maker in town as well.  Many of these buildings still exist and are
characterized by the use of bricks to decorate the facades of buildings with inset layers, details, cornices, arches and lots more sometimes with the same bricks, sometimes with different types of brick.  There are many homes in NAC as well designed by the same fellow.  The center of the town square is now filled with a visitor center and small museum. 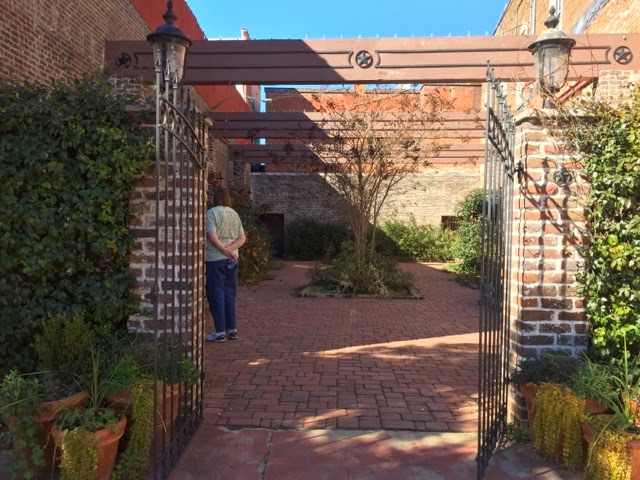 Between two building on the square is a garden of sorts.  There is a small fountain and several planting beds.  It memorializes the site of an archeological project to dig up old fire and trash pits that were found under the building that used to be here.  There were four excavations.  They found bones and the usual trash bits of all sorts, Spanish, English and French china, earthenware and porcelain pieces, old weapons and 18th century silver Spanish coins.. Some of it is on display. 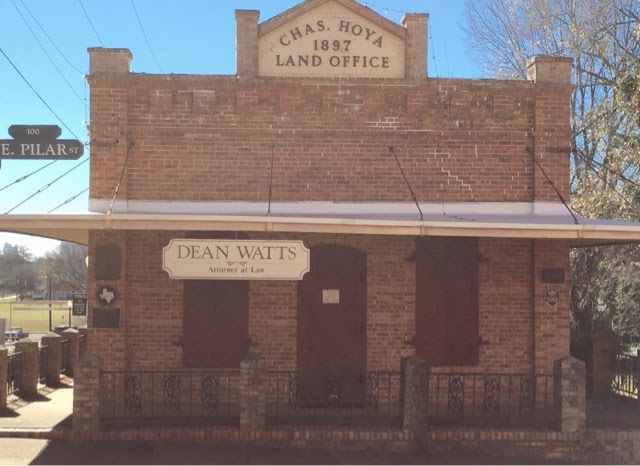 This is one of the first fireproof buildings in NAC. Built of brick it has (still has) a riveted steel door and shutters. It is on one of the corners of the square.  It is now a lawyer’s office.
NAC is now the home of Stephen F Austin State University.  Its 13,000 students add to NACs 33,000 residents to make it a bigger than is seems like it should be city.  It sure seems like there are an awful lot of places to eat, every conceivable fast food place, dozens of TexMex food places and almost every other food group as well.  But we have not seen a Vietnamese place yet.
It seems pretty nice here.  A shop keeper told us that the summer is hot and very humid.  The folks we had lunch with last week asked about weather in Minnesota.  We said we had 2 days in the 90s last summer but normally about 14.  They measure the number of 90°+ days in months down here.
More to come.
Roger and Susan