Sorry for that last post. It is so dissapointing to waste time because a really poor piece of productivity software. Google should be ashamed of this effort. 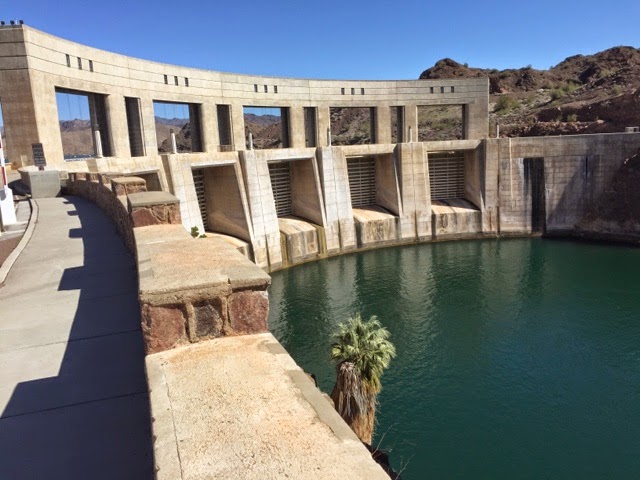 When water is released into the river downstream of the dam electricity is produced. 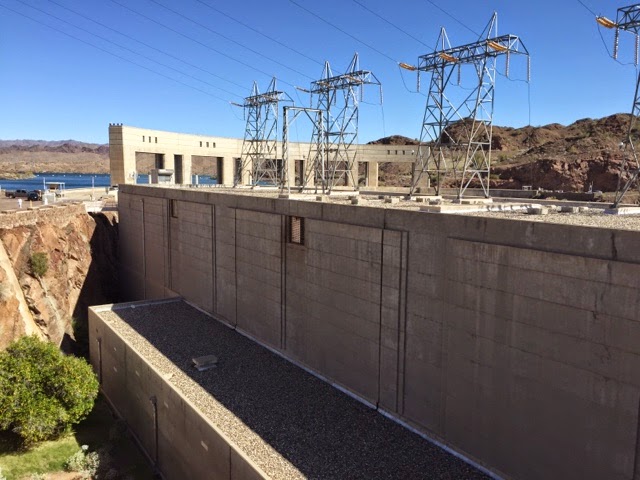 The dam has a nice looking art deco style. The equipment gives its age away. Big plates and rivets. This ancient crane lifts flood gates. 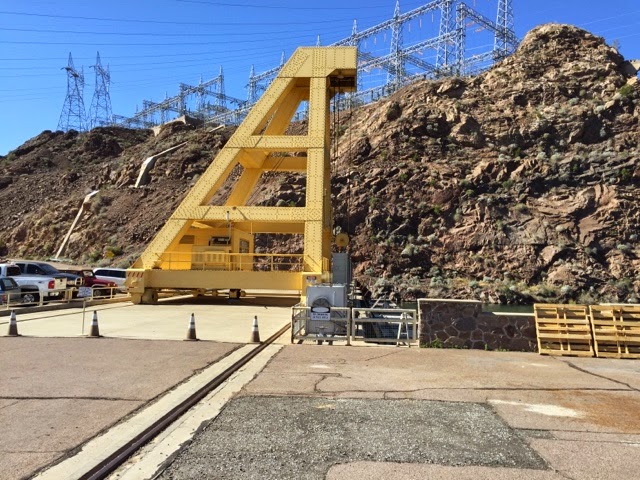 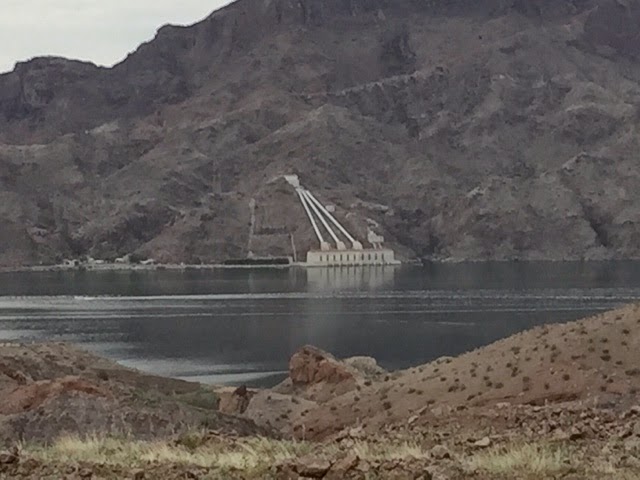 The water going to Phoenix goes entirely underground to meet demands of environmentalists.  How bad could a water spill be?  I guess it was the visual impact that was the issue.
The water level in Lake Havasu is almost constant varying within a two foot range.  This is made possible by draining Lake Mead above Boulder Dam near Las Vegas and from Lake Powell above Glen Canyon Dam before the Grand Canyon.  Today the water level in both of these lakes is the more than 100 ft below normal levels.  Lake Mead is at 39% of capacity.  Lake Powell is at 51% of capacity.  This represents a shortage due to the current drought of hundreds of trillions of gallons of water.  In 2015 they will release about 3 trillion gallons of water from Lake Powell through the Grand Canyon into Lake Mead to help rebalance the reservoirs.  This 3 trillion gallons of water will lower the water level in Lake Powell by less than three feet. Global warming at work. 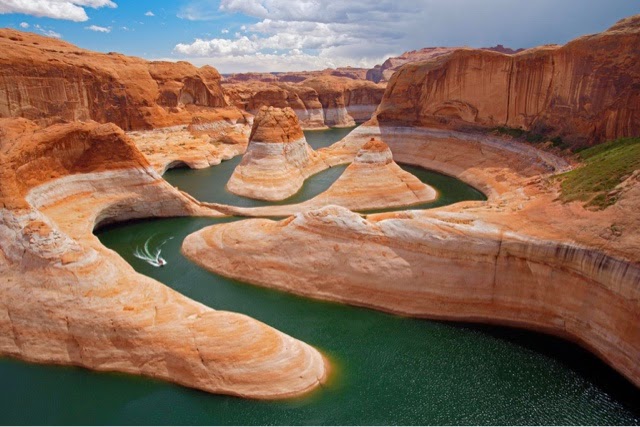 Lake Mead shows its “bath tub rings” from high water levels from the 1960’s. In the next ten to twenty years long submerged historic ruins will emerge to be explored again.  But there will be little water left for Los Angeles or Phoenix or the the irrigated farms that grow so much of the produce we take for granted.
We drove across the Parker Dam past the single Homeland Security guy protecting the water supply for Los Angeles and Phoenix and down the National Scenic Byway (really?) towards Parker.  It is an almost endless mass of manufactured vacation homes, hundreds and hundreds exactly the same, on narrow lots with about 15 feet between each. When there aren’t the tacky vacation homes there are almost as many storage unit buildings.  All of the people who buy a luxury vacation home need some place to store all the stuff they don’t want to haul back and forth.
The only really interesting thing along this side of the river was the dozens of wild burros.  They are the descendents of burros abandoned long ago.  They go where they want to go. If you aren’t careful they will nose in to your life.
This one was wheezing and snorting.  I don’t know if it was sick or it was normal. 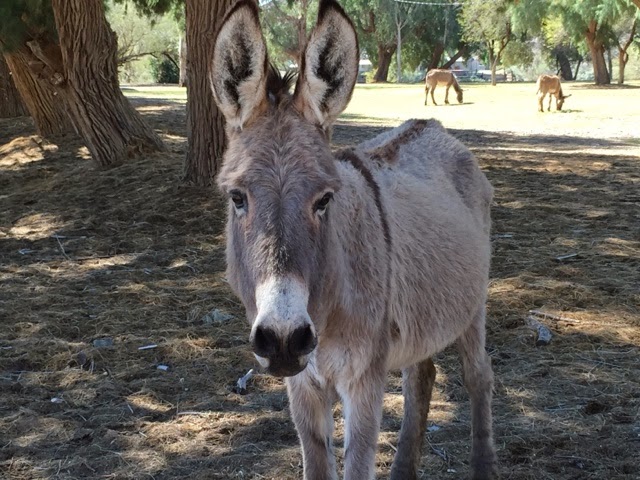 He was looking intently at us hoping for a handout.  No dice.

That’s about it for the Parker Dam story.  On the other side of the river in Arizona you can drive your off-road capable vehicle almost anywhere.  On the California side you can’t drive off-road anywhere.
It is off-road we go, in Arizona.
More later.
Roger and Susan.

One thought on “Parker Dam”