One last ride with Brad and Phyllis.  Susan elected to stay home.  There was steep, narrow roads ahead. I think her insides had been jiggled enough for one week.  So it was Brad and Phyllis and Barney in the Green Bomber and me in the Chili Pepper Red Jeep.

We drove up the Colorado River past the Parker Dam to a BLM (Bureau of Land Management) access parking area. (Why do they call it a Bureau? Wonder if it is because it started out working out of a chest of drawers.)  The access area had been carved out of a mountain of mining tailings into a terraced parking/camping area.  There was maybe a dozen campers in there from motorhomes to an Airstream trailer.  It was pretty much uphill every way you could go.
Brad had been here before so he led the way focusing on the road ahead. When we had our first Jeeps, a 1947 Willys and a 1973 CJ5, they had no power steering so you learned to keep your thumbs on the front side of the steering wheel towards you.  This protected them when you ran into a rock or a big hole and the steering wheel jerked one way or another.  Power steering makes this less likely now. 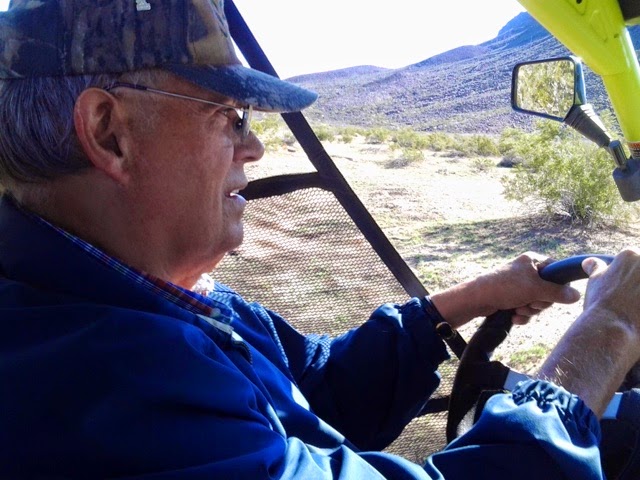 I think Barney took a liking to me but then Brad says he likes everyone and everything, even a fence post. 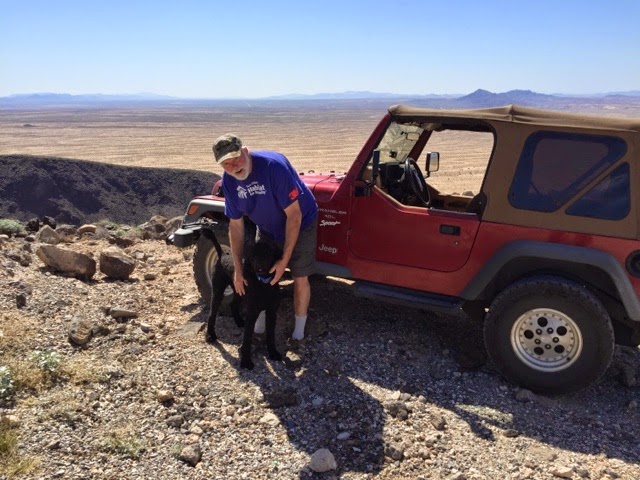 Brad’s marker flags are easy to see when he is down in a ravine. 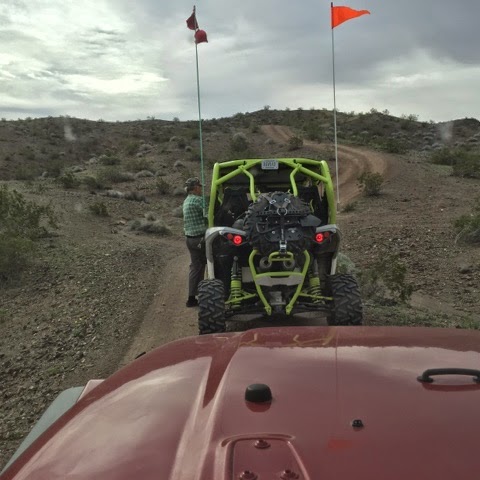 This was our goal, the mountain with a hole in it.  Look closely and you can see a small dot of light showing through.  We drove up some very narrow ridge roads, steep sides off both sides. In a couple places we had to make a right hand turn off the ridge and down the steep slope of loose rock. You couldn’t really see the turn or the road down as you got closer so you just had to pick some markers and turn when you thought you were in the right place.  Pretty hair raising, even for someone without much hair.
We drove up towards the mountain to a stopping point near the base on the left side. The hole is probably up about five times as high as the height of the Jeep. 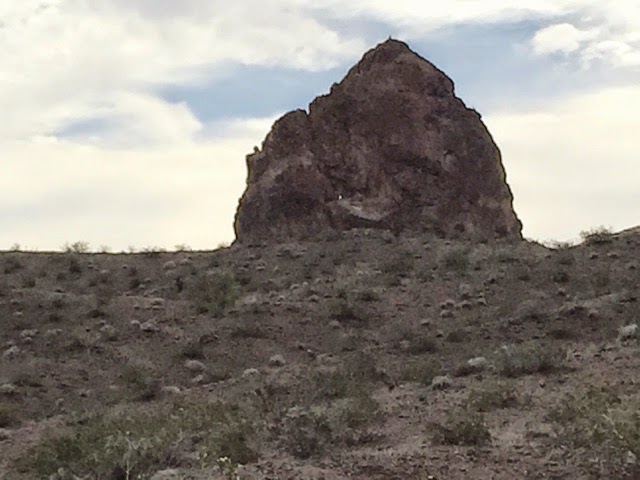 Barney and I climbed up one side and then around to the other side where the hole was easier to see. I tried to get Barney to sit still for a picture.  He is just like a two year old and never quits moving. 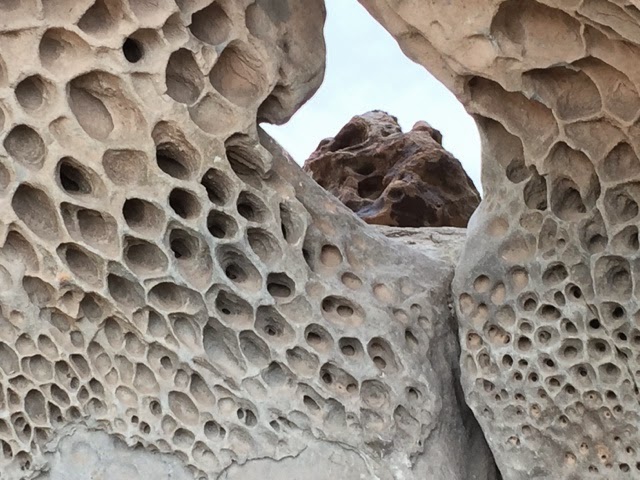 The hole is about four feet high. The rock in the back looks like a grumpy bear to me.  Use your imagination. The rock is mostly granite, an igneous rock, full of gas pockets formed when it was still hot.  It really looks quite amazing close up.

Along the trail home we came across a blooming prickley pear cactus. They all bloom, it is just hard to be there when it happens. 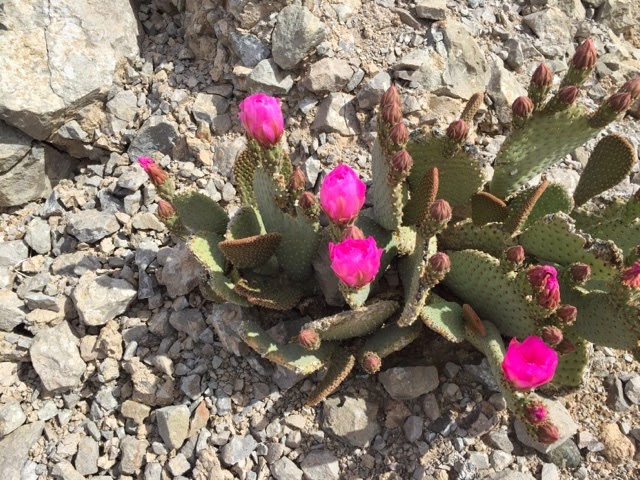 And more flowers. Fleeting blooms, a wonder to see in the desert. 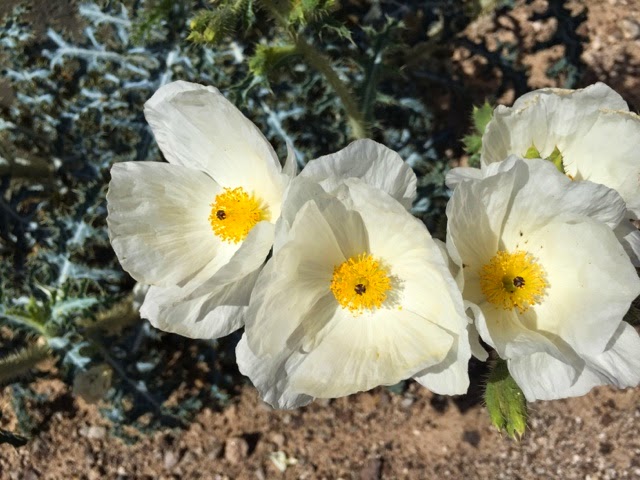 So there is a bit of our off-road adventures and our time in Parker.  An interesting place to visit.
Next, we are off to the Grand Canyon.
More later.
Roger and Susan.