“Saturday morning. The sun is out. Off to the Farmer’s Market in Tillamook.  It was about half farm stuff and the rest craft things.  I got a nice wood block printed T-Shirt.  I just don’t have enough of them. And corn and beans and tomatoes and blue berries and black berries and peaches, oh my! It was a whole block of near downtown Tillamook both sides of the street.  There was music and ready to eat hot food too.

Just up Hwy 101 there was an old time power show.  So we stopped there as well.  Lots of old cars and trucks. But the stars of the show were old stationary gasoline engines from the late 1800s and early 1900s and lots of old tractors from the first half of the 1900s. 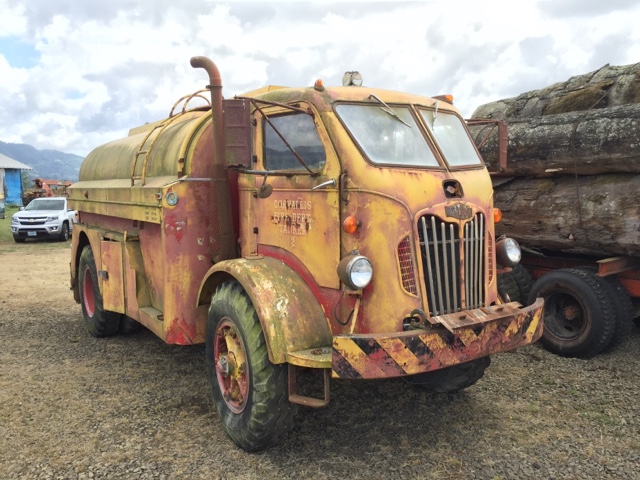 This was a fire department water truck. 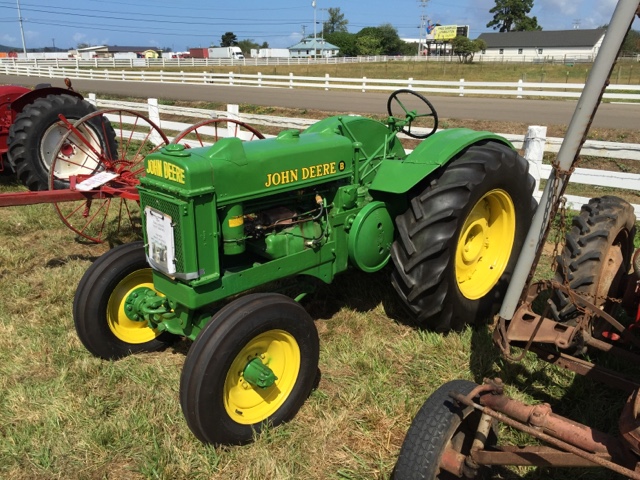 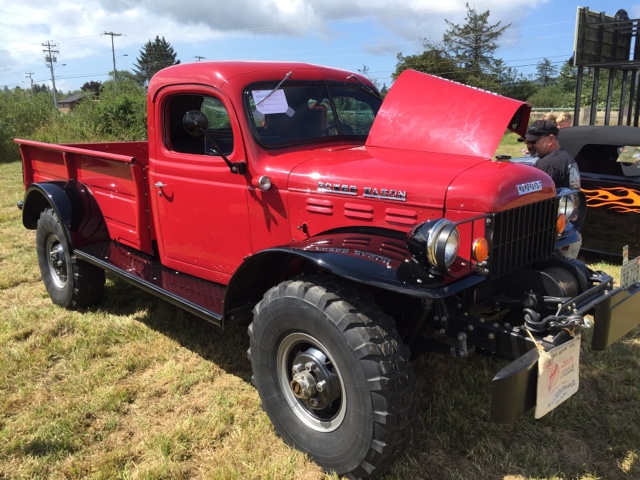 And many single cylinder stationary gasoline engines. The box on the top with the hole in it held water for cooling. A governor would limit the speed by only allowing the engine to fire about once every 15 revolutions.  As it started to slow down the governor would allow the intake valve to open and the engine would fire, “chug”  and the the flywheel would keep spinning, and what ever it was hooked to kept working.  Water pumps were very common.  A gallon of gasoline would last almost two days of continuous use.

You can see and hear one of these engines run on youtube. 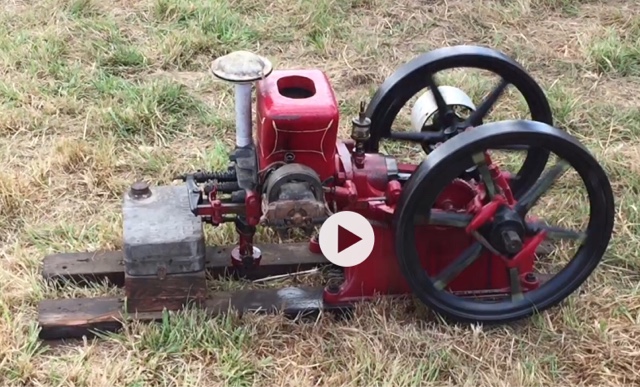 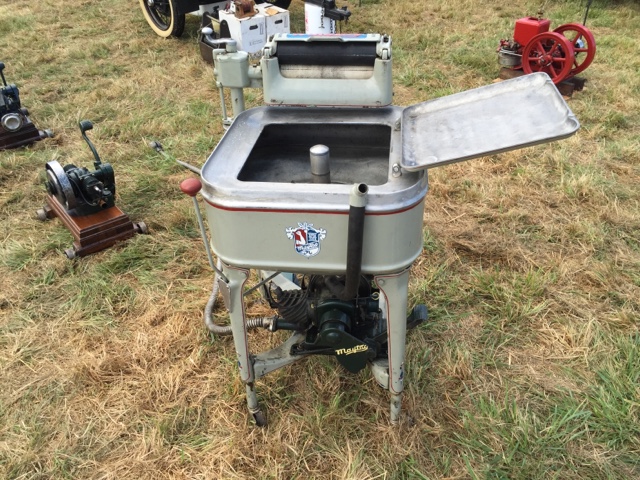 Here is a gasoline engine driven Maytag washer.  There were many of the engines for these around but just this one functional washing machine. 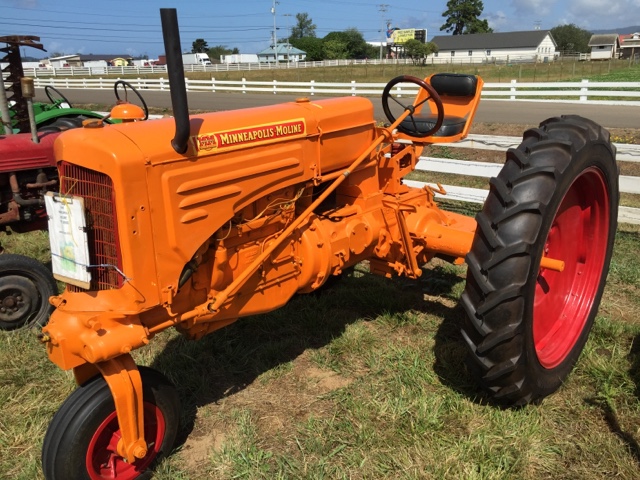 And a Minneapolis Moline tractor.

Then we drove up the coast a bit to Garibaldi where we had a very nice lunch of local fresh caught fish.  This is a working harbor with lots of fishing boats.  They seem to mostly favor very large outboards.  Getting out of the harbor and through the surf looks challenging. 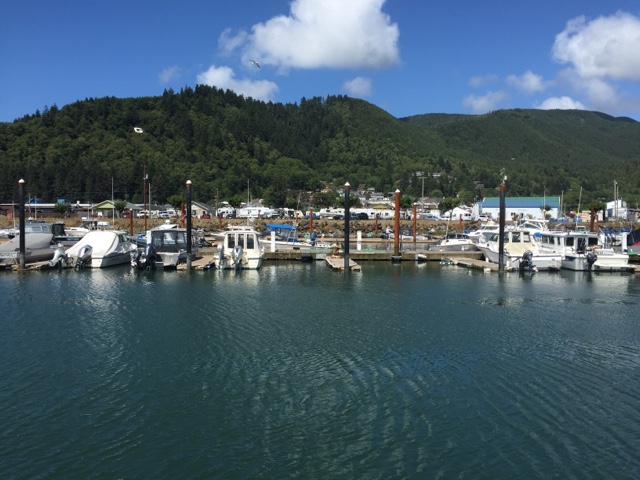 Sunday we went to the beach.  It felt good to be on the beach.  The ocean is beautiful here, bright blue sky, white clouds and very green hillsides behind us. 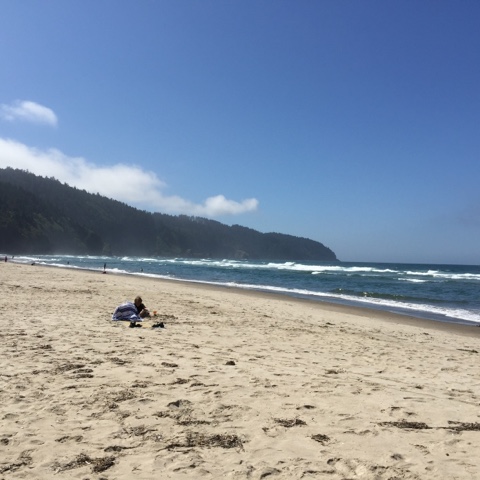 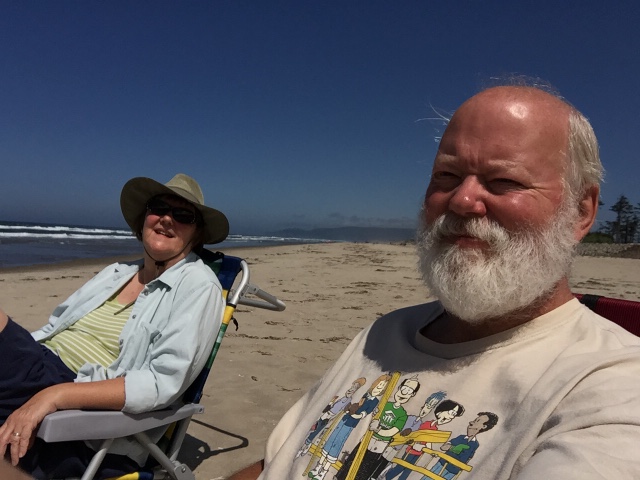 Our beach chairs worked well.  We brought a lunch and enjoyed a day doing not much else.
Tomorrow we move about an hour north to Nehlem Bay State Park.
More later,
Roger and Susan