Our next and last stop on the Lake Superior South Shore Expedition is the great city of Duluth, MN.  This is where Susan was born and raised as a youngster. We manage to get up to Duluth and the North Shore at least once a year.  Three times in 2016.

We stayed at the Lakehead Boat Basin Marina and RV Park.

Really, it is a marina. Where they store boats over the winter gets used for RV parking during the rest of the year. Full hookups with 50 amp service. Reasonable sized sites but it is still just a parking lot.

The best part of this place is the location. It is straight through Canal Park, over the Lift Bridge and out on Park Point about four or five blocks.  So it is an easy walk back to the Lift Bridge, to the ship channel from Lake Superior into the harbor, to the Maritime Museum and all of the other attractions, shops, eateries and people watching in Canal Park.

The first time I drove over the lift bridge with the coach I was a bit nervous. It is very old and narrow with an open metal mesh deck. The speed limit is 15 mph.  After a few times and especially after watching full-sized semis driving over it, no problem. 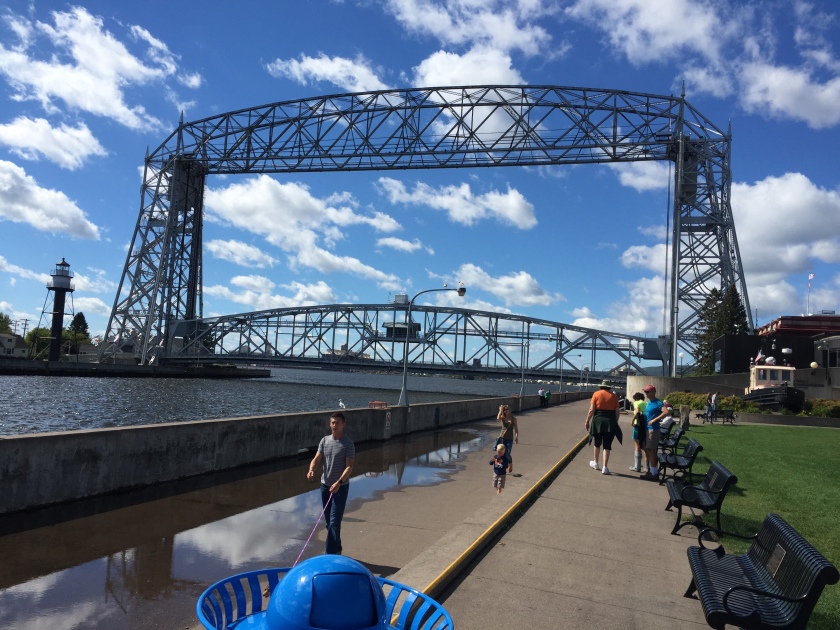 The fellow to our right had a brand new custom-built Prevost. He was up this way from Florida.  They had some pretty snazzy electric bikes for getting around.  he was telling me about all of the things on his coach. It was his fifth Prevost and he thought he finally got it figured out.  He basically stayed away from all the fancy computerized stuff. If he wanted to turn a light on or off he had a switch for that, things like that. It was a really nice coach but for the $$$ he had in it he could have bought a dozen coaches like ours. 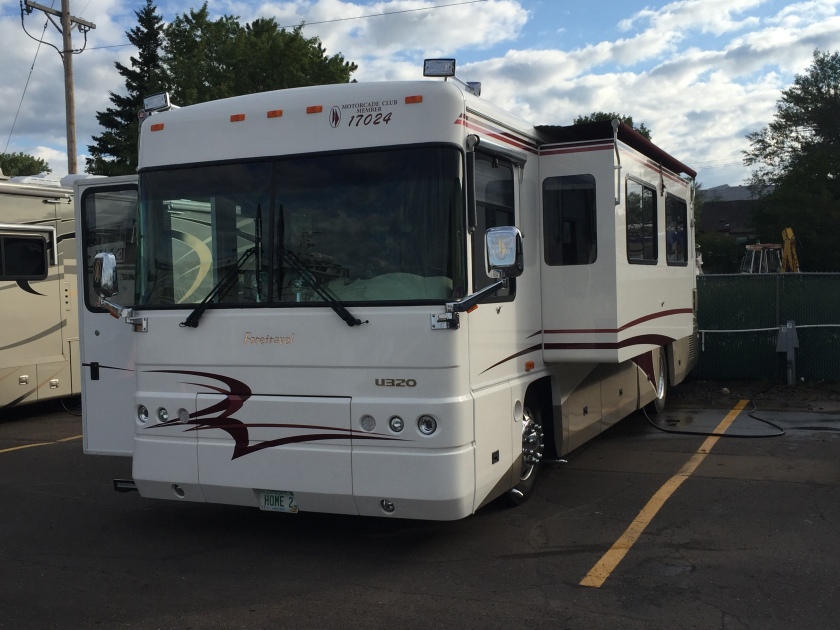 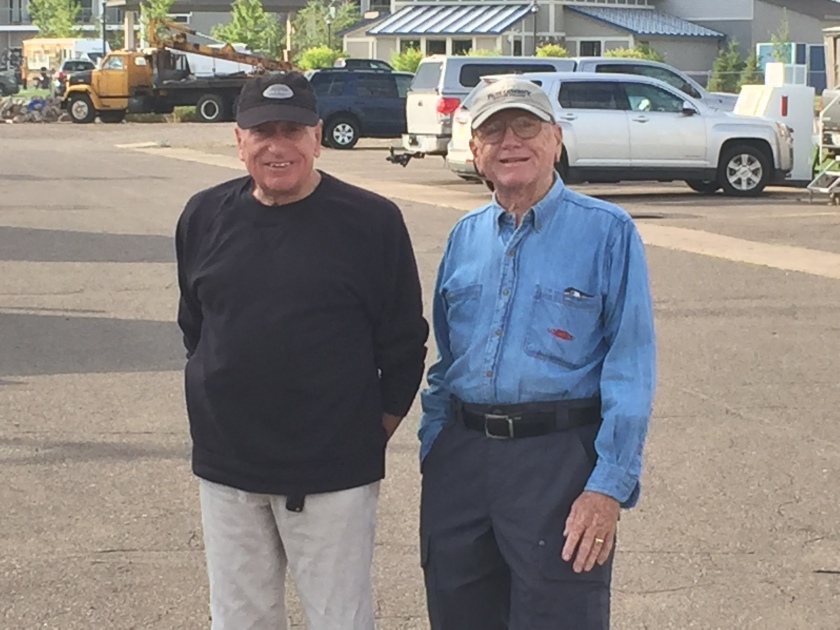 This is the fellow from Florida. Rudy is very good at finding something to talk about with just about anyone.

Rudy and Carolyn were two sites down from us. Every morning we informally planned our day – or at least the next ten minutes or so.

The day before we left they started hauling boats out and filling in spaces where RVs had been. These were not your average boats either.  This one was probably close to 60 ft long.  The painted lines there are 24 ft apart and 45 ft long.

That is what I have on the Lakehead Boat Basin.  It is all about location here. Best RV spot in Duluth.