Tybee Island is actually an island. It is about 20 miles east of Savannah at the opening of the Savannah River into the Atlantic Ocean. Our campground is called the River’s End Campground.  It was family owned for about 40 years until the city of Tybee Island bought it several years ago and now runs it. It has over150 site plus a pretty big area for tents.  It seems to have been pretty close to full while we have been here. 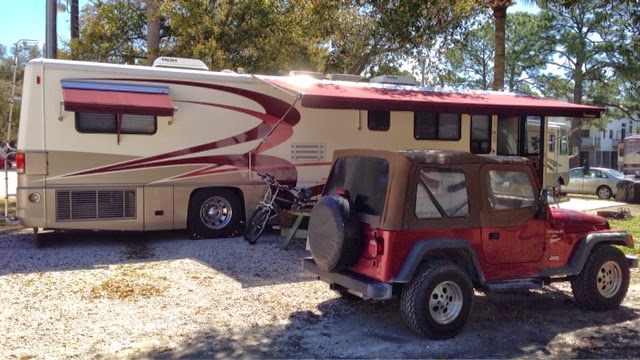 The town on Tybee Island is only a mile or so long.  There is a beach on the river side, the north side and the ocean side.  The ocean side beach seem to be where all of the vacationers congregate.  There is a big pier down there and shops all over selling everything for the beach.  Sort of ugly.

The old light house is now a museum. The north end is dominated by an old military battery from around 1900. We enjoyed the north beach. Not too many folks. Upper 70’s. 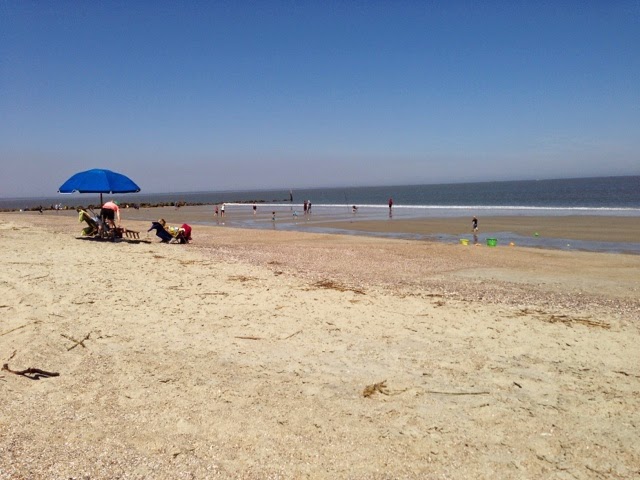 We were entertained by this little girl in her colorful outfit.  Skipping, dancing, twirling, splashing.  A perfect day at the beach. 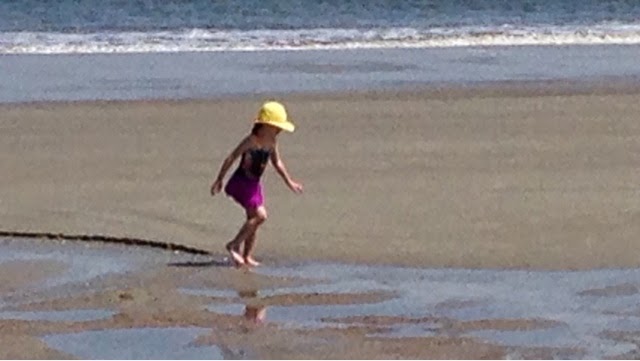 We spent a day in Savannah. What a lovely city. There are 24 squares throughout the city. Some are about one block square, one is several blocks wide and a half mile long. The streets run into the squares and then around the squares. This makes everything slow down. The streets are lined with moss covered Spanish Moss. Some are divided with trees right down the middle. 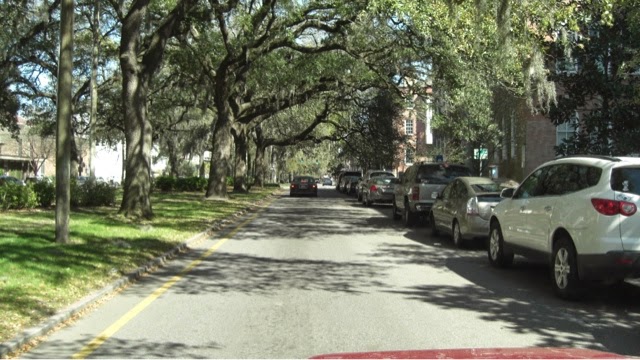 It turns out that Spanish Moss is neither Spanish nor moss. It is an air plant that feeds on dust and moisture in the air.  It is also the home of chiggers, bugs that bite and burrow into your skin. Henry Ford stuffed the seat cushions of early Model Ts with this bug infested plant. His marketing slogan about “Itching to get a Ford” backfired.
The squares have everything from statues to fountains. 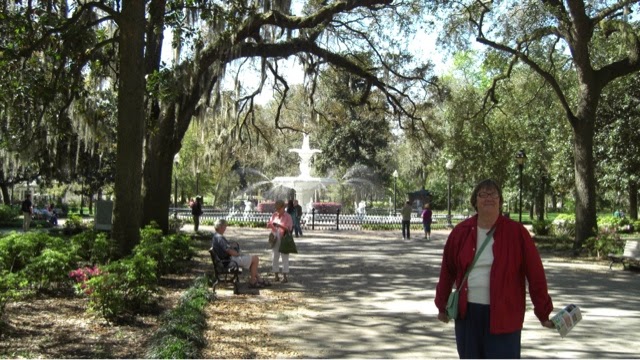 There were giant Live Oaks.  Some had people living in them. Kind of sad. 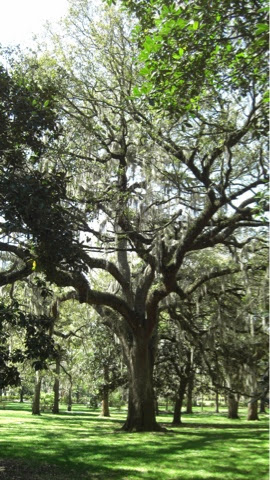 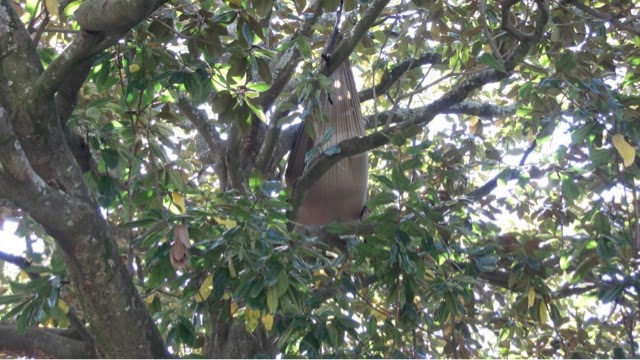 sad
There were some pretty amazing homes. Think of Midnight in the Garden of Good and Evil. 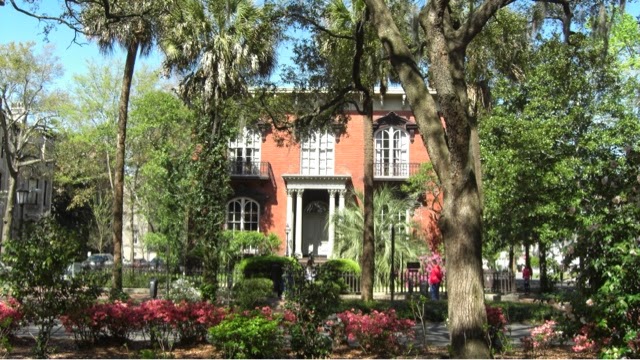 This is it! There are lots more homes to see but I’ll save room for other stuff. 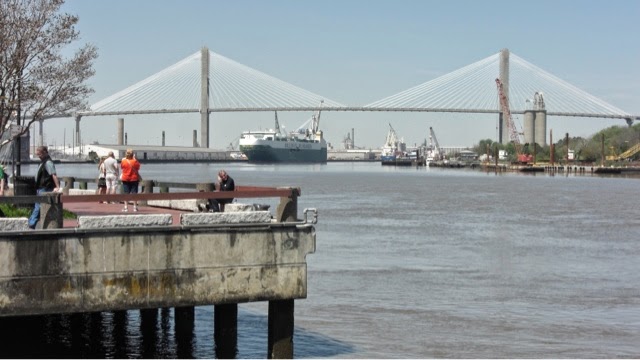 Savannah is the #4 port on the eastern seaboard.  It is a major container and car carrier port as well as LNG (liquid natural gas).  They have a pretty neat stayed cable bridge.
Back at Tybee we checked out Fort Pulaski, a masonry fort built after the War of 1812 to protect ports along the US coast. The walls are 5-8 ft thick mortar and bricks, several million of them and was considered impervious to artillery. It was built over three years under the command of Robert E Lee, right out of West Point. When Georgia seceded from the Union they took over the fort. Union troops set up artillery on Tybee Island more than a mile away. They had conventional round ball cannon and 15“ mortars. They also had new, untried rifled cannon that shot bullet shaped shells. 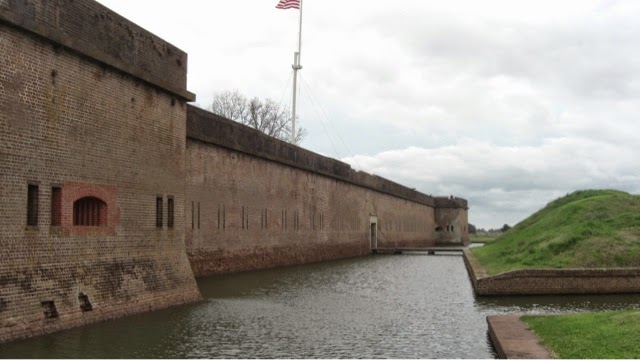 The Confederates had hundreds of cannon that shot through openings in the walls and up on the ramparts. The battle commenced early one morning with the conventional cannon and mortars.  There was little damage to the fort.  The following morning three batteries of the new rifled cannon oppened fire concentrating on one corner of the fort. The walls were breeched within hours and when the powder magazine was hit (without exploding) the Confederates surrendured.  There are still rifled shells embedded in the wall. 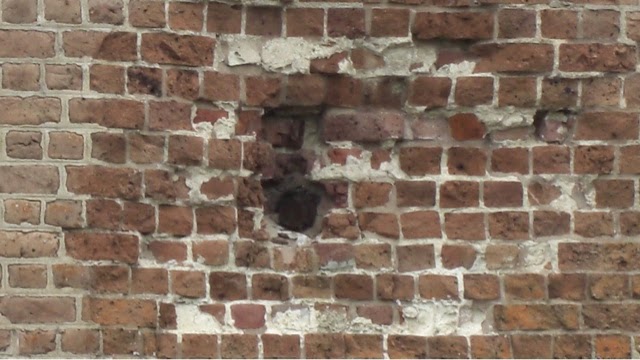 The days of the round ball cannon and the brick and mortar forts were over after a 30 hour battle. Amazingly only one Union soldier was killed and two Confederates were wounded.
They had cannons on display and at noon they fired a rifled cannon of the type used in the battle (1/2 powder charge, no shell). The big black one. 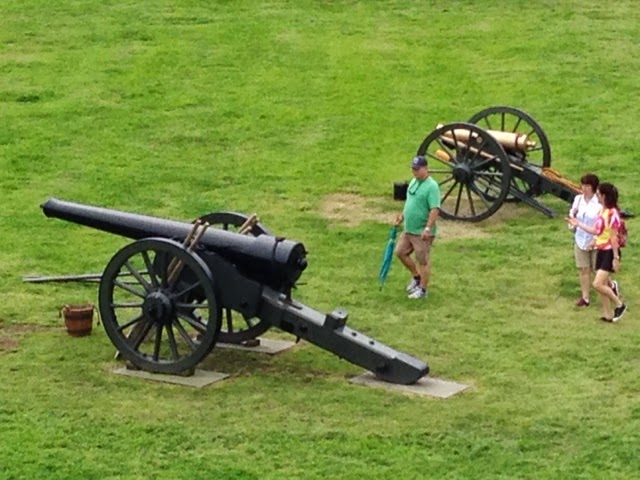 I used the Burst Mode App on my iPhone to take these pictures about 1/20 second apart, 2 of 100 taken in less than 5 seconds. Aim, get ready … 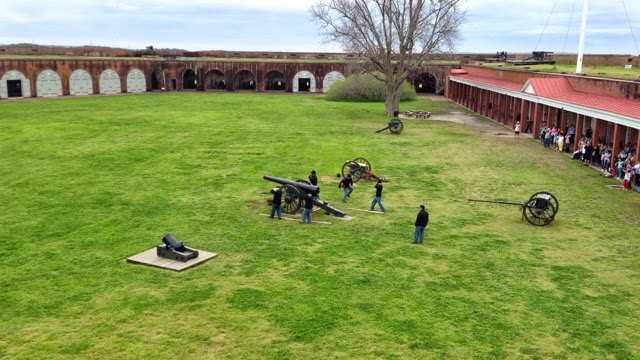 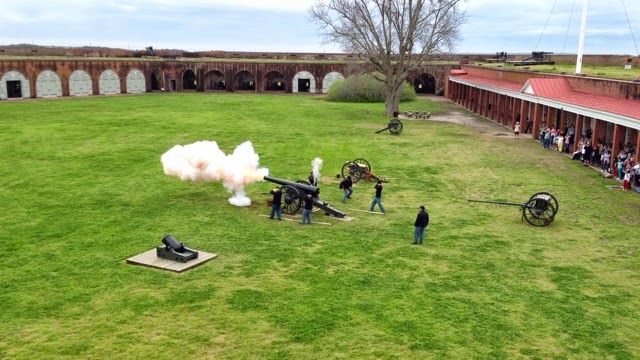 Today we went to the “Mighty 8th Airforce” Museum.  The Mighty 8th started in Savannah as WWII began. It was the main Army Airforce stationed in England flying into western Europe.  There were the Memphis Belle flyers, more than 350,000 in all, air crews and ground crews.  They flew missions for three years.  About 75,000 air crew members were killed or missing in action, taken prisoner or injured.   25 missions was a tour of duty.  Only 1 of three air crew lived to complete a tour of duty.  This museum looked small from the outside but was huge with detailed information, films, dioramas and displays. 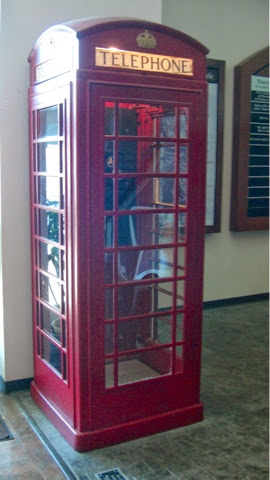 A geniune cast iron british phone box. A trainer, a P 51 fighter escort and a B 17 being restored. 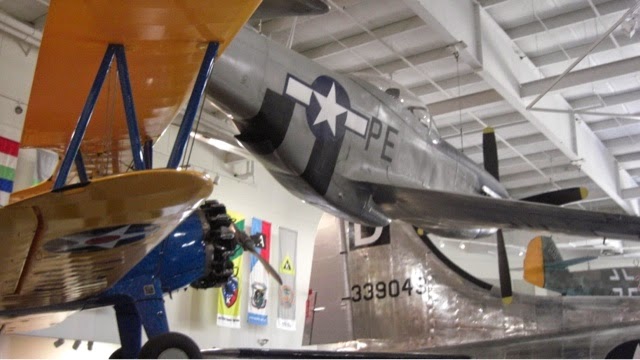 There were displays about the Girl Scouts contibution to the war effort, the sacrifices made by the folks at home, the role of women pilots (WASPs) who ferried aircraft all over the country and machines and equipment used in the war effort.  I liked this one for making up to 1000 sets of dog tags in an 8 hour shift. 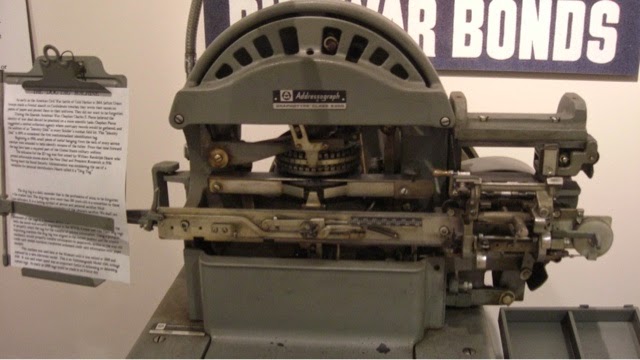 That’s a lot for one post, I need to do them more often.
We are leaving in the morning on another hard day of driving, 75 miles, up the coast to South Carolina to Hunting Island State Park for a couple days then on to Charleston.  We want to see what Hunting Island looks like.  They have 1/2 price camping, full hook ups, 50 amps for Dec, Jan and Feb.  You can stay for a month.  Feb 2014 high temps averaged mid 60s with average lows in the upper 40s.
Check back for more.
Roger and Susan.