So when you think of a cove my guess is that you think of a small bay on a lake. I might think of a concave shaped molding. Wel in the smokies it refers to a valley.  So Cade’s Cove is a fairly large valley  about 24 miles south west of the visitor’s center near the north entrance. Then there is a one way eleven mile loop road with several stops at homesteads, churches, a grist mill and of course a gift shop.

We had to travel from the south entrance over the pass to the turn to Cade’s Cove.  That was 35 miles with a nearly one mile vertical climb. In the Summer and especially in the Fall this drive can take 4-5 hours each way. The 24 mile drive to Cade’s Cove, the 11 mile loop and the 24 miles back is said to be an 8-10 hour drive. No way to do both at that time of the year. It took us about an hour and a half to get across the pass.  There was spring time road repair.  The drive to Cade’s Cove took about an hour.  We spent two or three hours driving through the loop. I can’t imagine it in the summer or fall.
The Smokies are the most visited of all the National Parks.  It is beautiful. 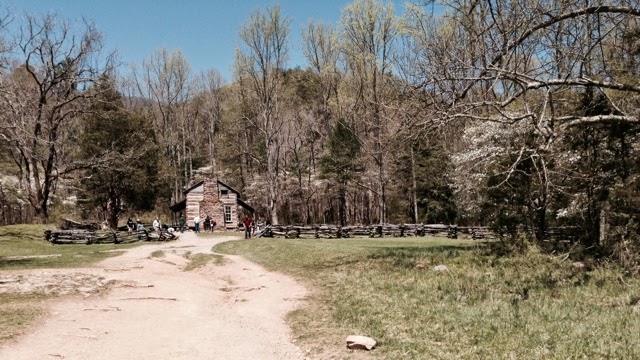 This home was built in the 1830’s and the farm was lived on and worked by the same family for over 100 years. Most of the other buildings are gone but the house remains.  It was on the edge of the forest with the farm land moving down into the valley. 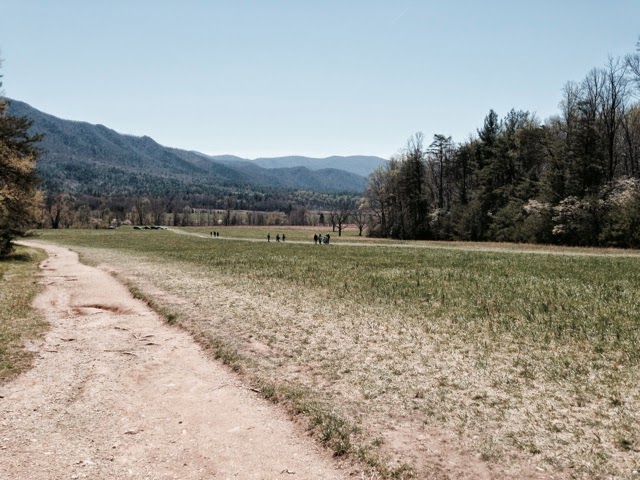 There are supposed to be elk in this valley but we didn’t see any. Susan saw a black bear though.
The road wound around the valley in pretty much the same location of the original wagon trail. A pretty amazing valley when you consider that this was all forested when settlers moved to this area. The land was fairly flat, there was water, the soil was good and there was no one else here. A hundred years ago there were five ways into the valley, each going off in a different direction. Two of those roads are still in use as dirt off road track leading one way, out. They are only open during part of the year. 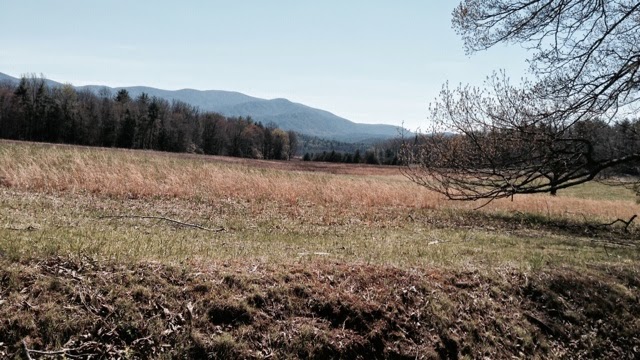 At the time when the park was created about 800 people lived in Cade’s Cove. 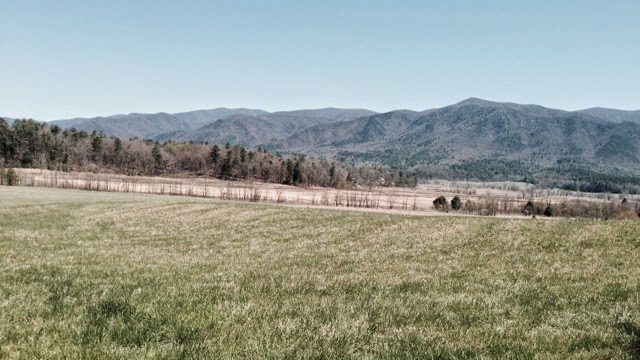 And they had four or five churches.  The Missionary Baptist, the Primative Baptist, the Methodists and an Episcopal church.  No Lutherans.  We finally figured out what the Primative Baptists were.  It had nothing to do with Peanut Butter (PB) it was all about a split over missionary work. Another church split into two factions over who supported which side in the Civil War. Faith was a big part of southern mountain life. 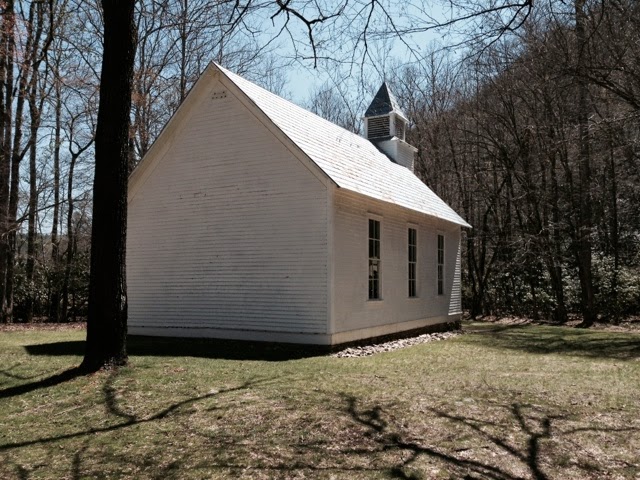 Most of these were originally log buildings and later rebuilt with sawn lumber when it became available. Very basic.  We stopped at the campground at Cade’s Cove for a picnic lunch. 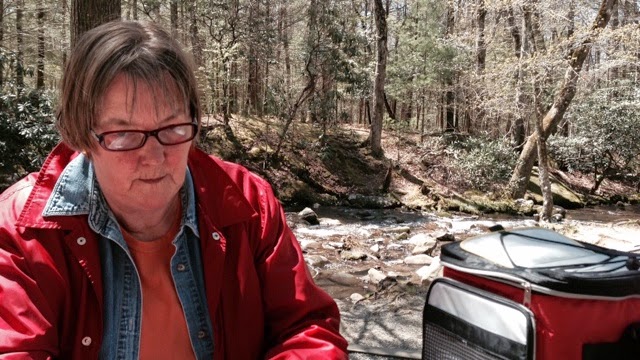 These girls were trying to cross a little stream mpnearby without getting there shoes wet. 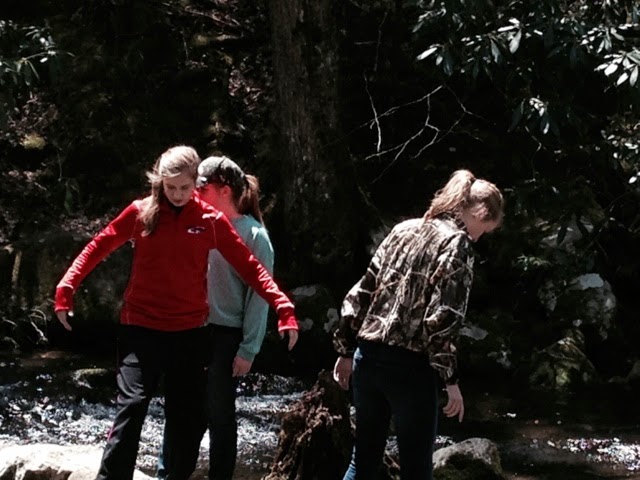 Without luck.
Back home over the mountains.  Another adventure tomorrow.
Roger and Susan