We left Nacogdoches heading west towards Arizona. Texas is very big.  I am told it is almost 800 miles from NAC to the western border in a straight line but there are no straight line roads.  Se we set off thinking it would be nice to stop in the Texas Hill Country to see what this area was all about.  Other folks from NAC were going to be on the Guadalupe River north of New Braunfels so we figured that sounded good. We were a day ahead if ourselves so we looked at options and there is a Corps of Engineering campground about 15 miles from where we were going to end up so we went there.

Another great COE campground, good electrical hookups, right on a lake.  The coach looked nice in the sun.  Potter’s Creek Campground on Canyon Lake.  There were actually four COE campgrounds on the Canyon Lake Reservoir. 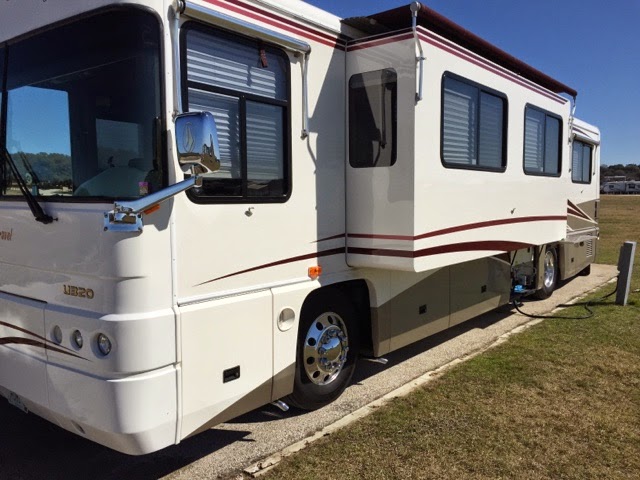 The Canyon Lake reservoir controls the flow of the Guadalupe River.  This is the most popular tubing and rafting river in the area.  Folks were telling us that it is just packed in the summer.  But now it was very quiet. 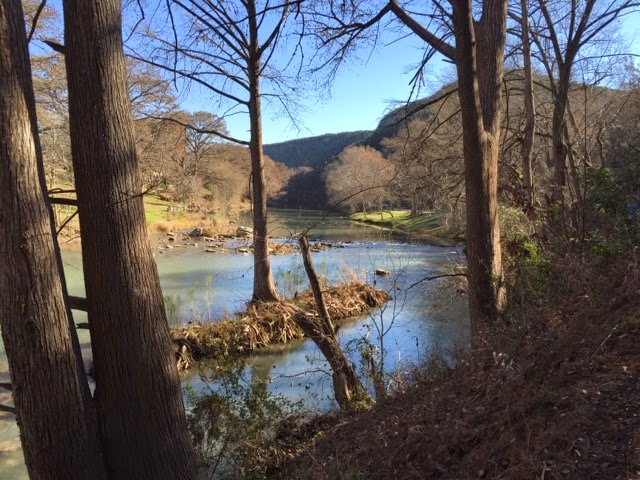 The Lazy L&L campground is on a big turn in the river.  The family that owns the campground owns thousands of acres of ranch land and several miles of river frontage.  All of the river frontage is privately owned.  There are summer cabins that run from very modest to big “Southfork” like estates. Nothing in the way of zoning controls. 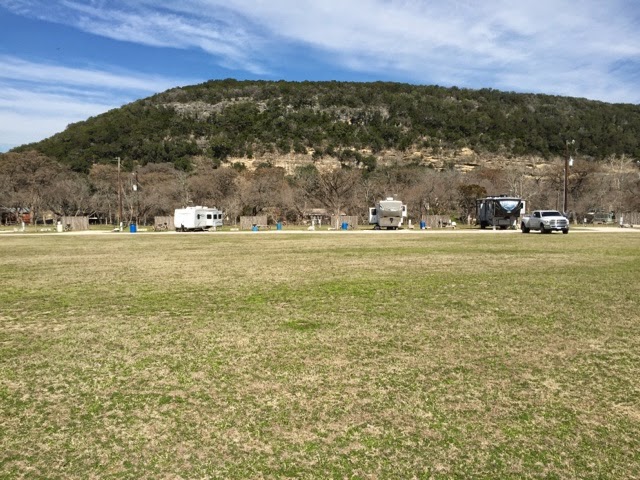 There really are very big hills in the Hill Country.  This area was ancient sea bed upthrust by tectonic plate action millions of years ago. It is a fairly large area of hills, at least half the size of Minnesota.  Since this area is only 20 miles from New Braunfels and maybe only 50 from San Antonio it is a very popular vacation destination.  The RV campsite at the Lazy L$L are all along the river.  There are some tent sites as well.  In the summer this entire field is said to be filled with some 500 tents on a busy tubing weekend.  This campground also has huge covered dance hall with live music on the weekends just to attract more people.

There only a single winding two lane road into this area.  It took us about a half hour to get to a big grocery store near New Braunfels.  That has to be a couple hours in the summer.
The folks we met there we intereting.  Several of them come here every year in February.  The same bunch (Susan calls them “Pods”) goes to Fredricksburg, TX in April when the flowers re blooming and to the mountains in NE New Mexico in the summer for 6-8 weeks when it is very hot in Texas.  It is a very social group.  A big coffee pot is on early and the menfolk gather for coffee early.  Many of them go shopping or to the store and then out for lunch almost every day. Late afternoon the lawn chairs are  gathered and circled, usually twenty or more, for a social hour.  One night when we were there  and someone ws leaving the next day they decided to have a pot luck upper. There were more than 40 people there and as is always the case, way too much food.
It was nice to get together with these folks. We are a bit more “doing-our-own-thing” types so this was at the edges of our experience.  But everywhere we have been on this trip we are running into very nice friendly people. 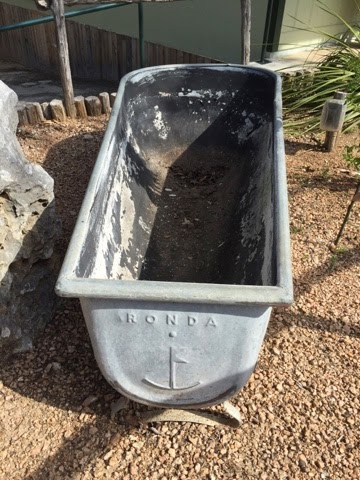 I came across this old bath tub.  I am pretty sure that was what it is.  Looks a bit nautical at this end. The other was round and sloped.  It was about 14 inches wide at the narrow end and about 4-1/2′ long.  It was tapered toward the other end but not that much wider.  A hundred years ago most people were much smaller than they are today.

After our stay in the Hlill Country it was time to continue west.  There are three routes across Texas.  The very southern route follows state and US highways. Two years ago when we came up from Big Bend we went that way.  It is bleak, dry, empty route.  Very long.  The other two,are in I10 through San Antonio ot I20 through Dallas.  The I20 route goes through Midland and Odessa where the oil fields ar busy, road constuction goes on for endless miles and traffic levels are high.  The I10 route was our choice.  From New Braunfels it takes two days to get to the other side of Texas. All three routes end up at El Paso.
The I10 choice leads through Fort Stockton for an overnight and then on towards El Paso.  It is a long boring drive but way better then the more southern route. 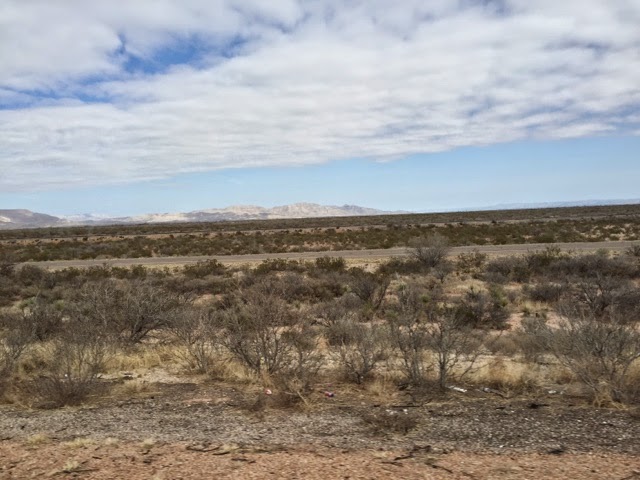 It was hilly for a while and then the wide open, very sparse West Texas view.  Some distant hills.  The on/off ramps are 20-50 miles apart.  There are no fences in most places along the sides of the interstate so where ever an on ramp or exit or cross over was needed the ranchers just made one of their own.  We could see cattle occasionally but not many.  An occasional oil well. Not much going on except traffice going by.

Our second day across Texas went through about 15 miles of stop and go construction in El Paso and then on to Demming, NM.  A very interesting stop.
More later.
Roger and Susan