Wow, almost two weeks here at the Oregon coast have flown by.  It seems like we have been busy all day, every day.

I am going to try to catch up.  Judy and Bruce left yesterday.  They have a big wedding to go to.  We spent most of yesterday on the beach.  Internet access and speed here is not great especially uploading so I am goimg to try to do a few shorter blog entries (what I was planning on doing all along but busy got in the way).
Hug Point
One day we drove up to Hug Point.  Parking was very limited and we were there at low tide, a popular time.  When the tide is out you can walk around two points to the north, each revealing another beach and one to the south.  Many years ago before there were roads along the coast and travel was mainly along the beaches a road was blasted through one of the points to let wagons through.  You can still see where the road went. 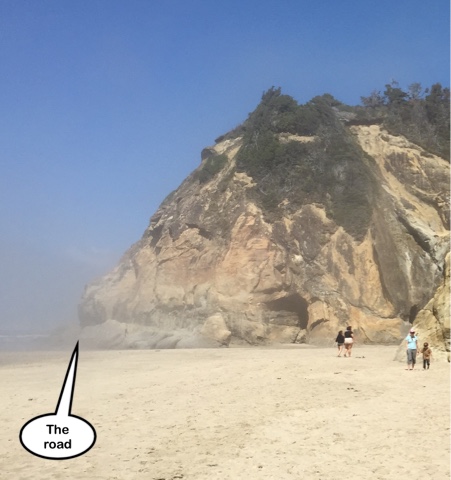 Well sort of.  On the left you can see the notch where the road went through the rocks.  Big high cliffs here and lots of caves. 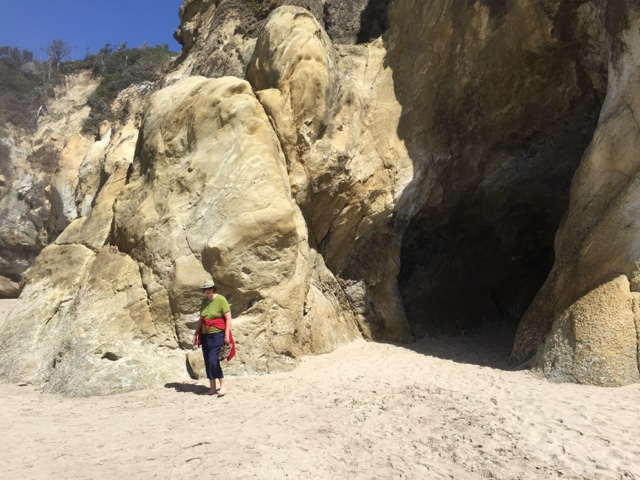 There is a waterfalls here too but it has been so dry around here that the little dribble hardly made the rocks wet. 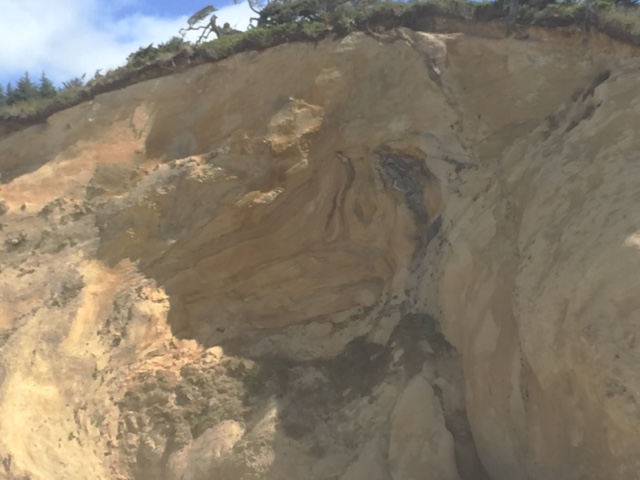 Most of this coastline is volcanic in history.  The Pacific tectonic plate is pushing under the coast line, push it up, bending it, folding it and forcing the coastal mountain range up.  Mount St Helens is maybe 100 miles from here.
We brought a picnic and our kites.  Not much wind though. 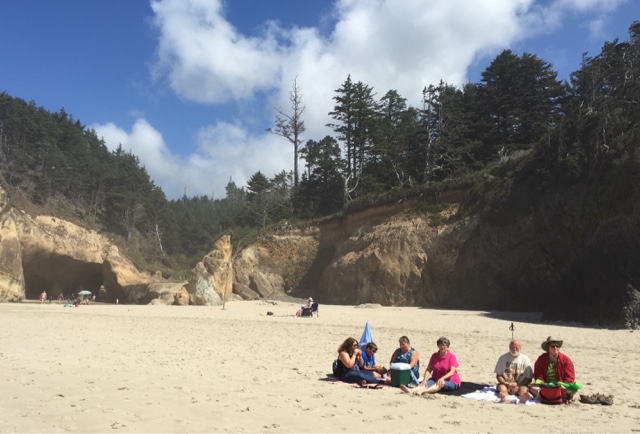 Hunter (12) needed something other than his phone to do.  So I took the two walking sticks and stuck them in the sand about 30 ft apart and said “Lets play horseshoes!”.  Hunter says we don’t have horse shoes so I say lets use sandals.  OK.  After some negotiation about how many points we were going to play to we got started. It took several tosses before we started to get the hang of it, how to hold the sandal, how much oomph it needed.  The game was on.  We were almost to the end of the first game and I said this is just the first round, wait until you see the second one.  So after round one, round two was the same game but we had to face the other way and toss the sandals backwards and over our heads.  Why not?  Nothing beats fun for having a good time. 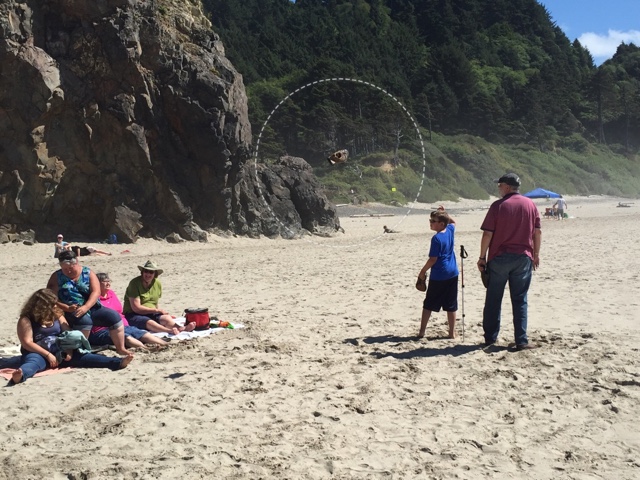 See the flying sandal?  That is a round with Bruce.  It was fun and different.  Maybe a bit goofy but just what two people whose average age is 39 needed to do.