There is a small railroad, The Oregon Coast Scenic Railroad, located at Garibaldi at the north end of Tillamook Bay.  They have train rides that go south along the bay, north past Rockaway Beach up to Nehalem and from Wheeler on Nehalem Bay up the Salmonberry River. Some of these are just rides, some are dinner rides, some are in open cars and some in old passenger cars.
We signed up for the three hour trip from Wheeler up the Salmonberry river.  You can get a box lunch provided if you want or bring your own.  We brought our own.  We got to Wheeler (about 5 miles from the campground) at the appointed time and the conductor told us that the trip up the Salmonberry River had been scrubbed due the the high risk of fire.  But they we going to go up the Nehalem River, the route they take for their Fall color trips.  We could go on that one or get our money back.  Well, we were all there ready for a train adventure so all aboard! 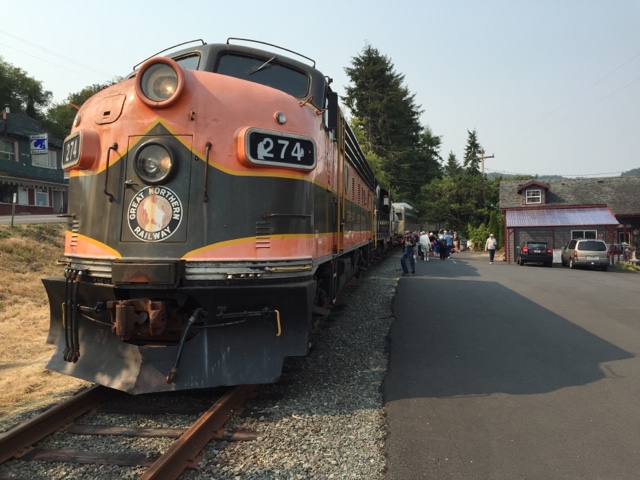 The engine was a 1960’s Great Northern Locomotive. It got stranded on the Oregon coast twenty years ago when a landslide took out the tracks heading north, its only way out.  So it was stuck down here for many years. The Scenic railroad finally had a chance to buy it and get it running again.
They also have three operating steam locomotives. 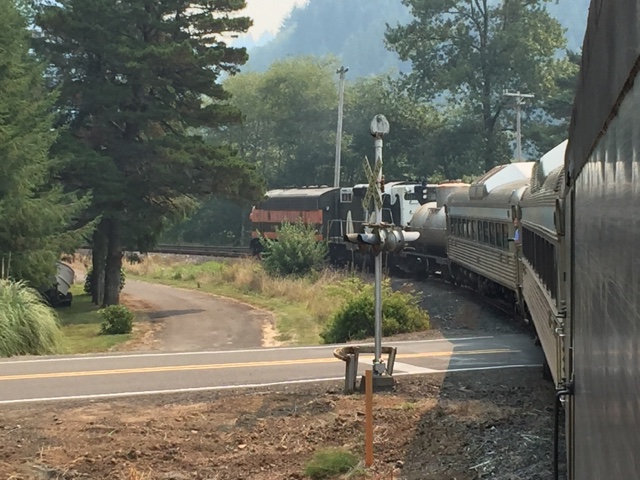 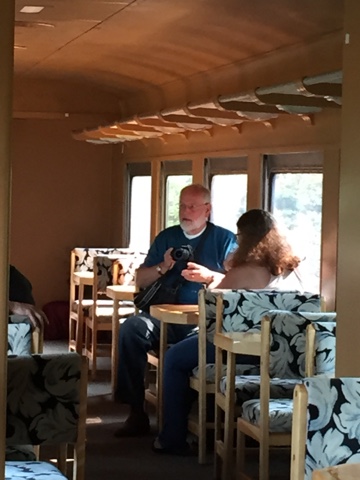 More exciting for some than others. 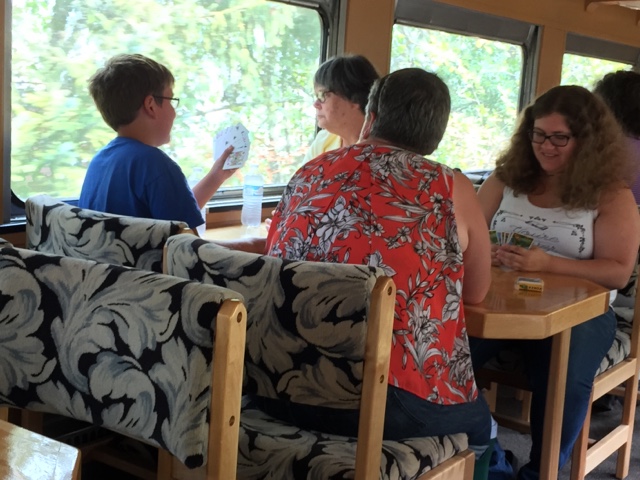 Through the woods and valleys. 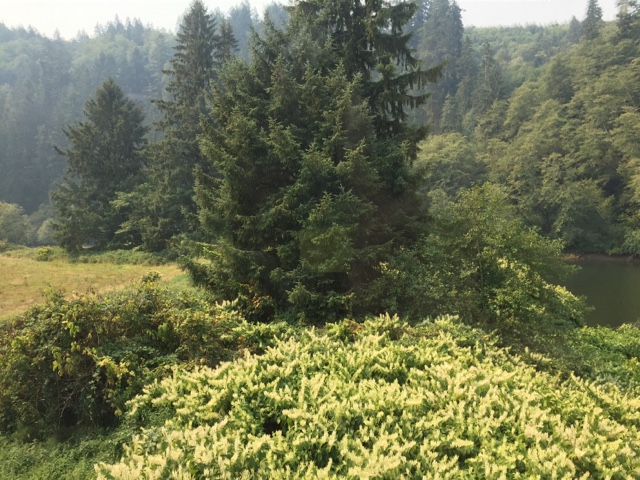 Yes, that is smoke, lots of smoke, enough to make your eyes water and your throat raspy.  Massive fires in Washington, more than 1/2 million acres are burning.  A huge fire near Bend Oregon and the even bigger John Day fire in central Oregon.  This past winter’s snow pack in the mountains was about 10% of normal, much less rain in the coastal mountains and the Willamette Valley and much warmer than normal temps. 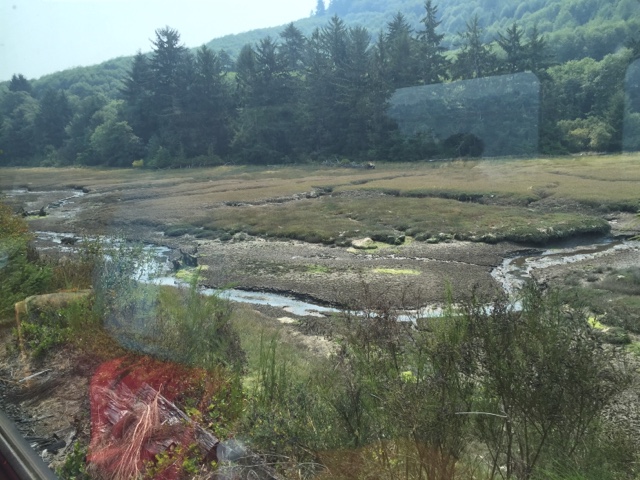 We ate our lunch on the way up the valley.  We got as far as we could and stopped.  The engine disconnected and switched on to a parallel siding and backed down hill and then came up behind the train to reconnect so that they could pull us back down.  That was the plan anyway. 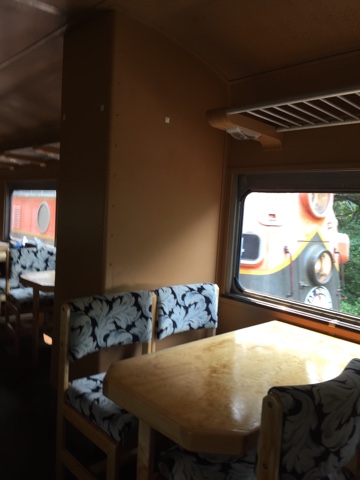 The front of the locomotive couldn’t connect to the other end of the train. So after several tries they went back around to the front of the train, connected there and pushed us back down.  Took some extra time but who was in a hurry.

When we got back to Wheeler … 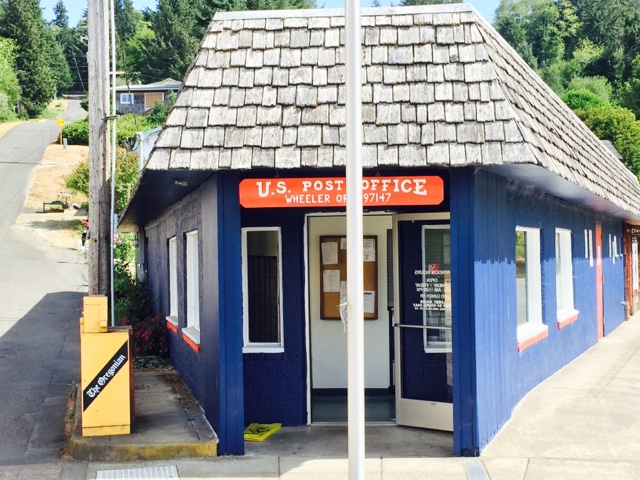 Susan and I went to visit an Art Deco antique store.  What a knock out! The owner claimed he had the largest collection of Art Deco collectable stuff in the US.  No way to judge but there was room after room of amazing stuff.  We are familiar with the style, not exactly our style or time frame of preference, but this was amazing.
And there was a fantastic fabric shop where Susan spied some old style heavy oil cloth that she figured would make a great picnic table cloth.  The store was mostly about quilting, hundreds and hundreds of bolts of beautiful quilting fabrics, lots of quilts hanging on the walls, a sewing machine near the front window busy sewing. They had some silky soft faux-leather upholstery fabric that caught my eye.
So another adventure.  It makes us want to take the train from Duluth up the North Shore, something on our list for a long time, something we will do sooner than later now.
More later,
Roger and Susan