Skip to content
We left Caldwell, Idaho about 11 AM.  Took the opportunity to do some laundry. Then headed east somewhat following the Snake River on I84 then I86 and then I15.  We were maybe 50 miles from where we were last month in the sand dunes.  The routes east and west are limited. 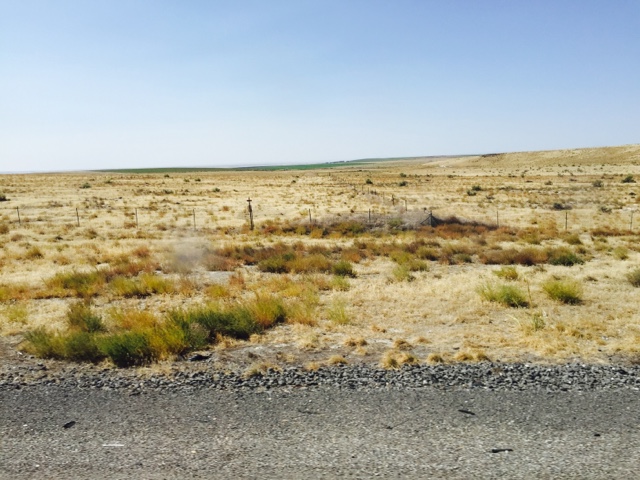 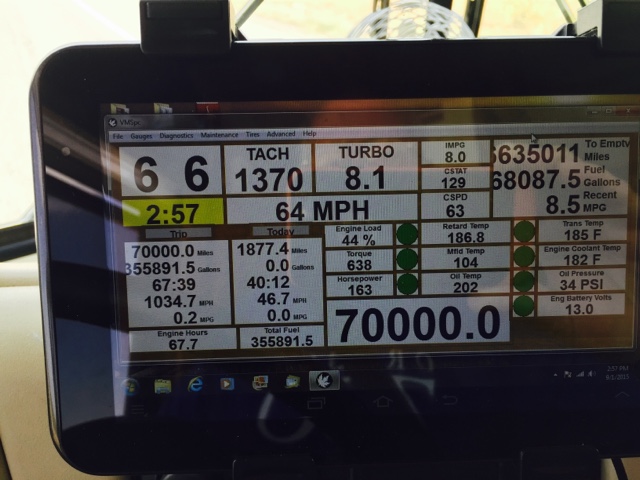 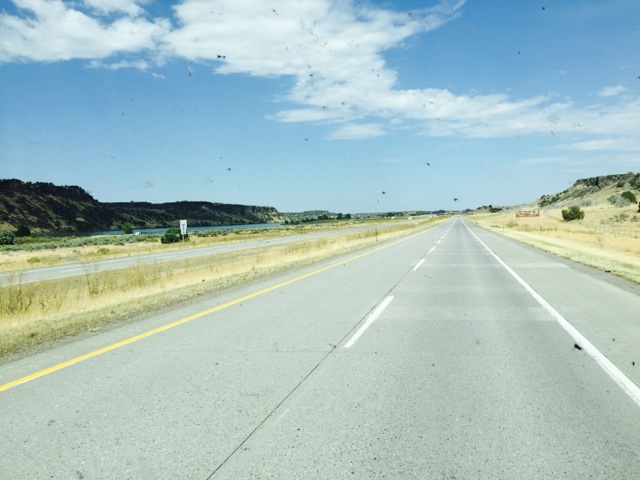 There were some very large birds flying ahead of us.  Never really figured out what they were. 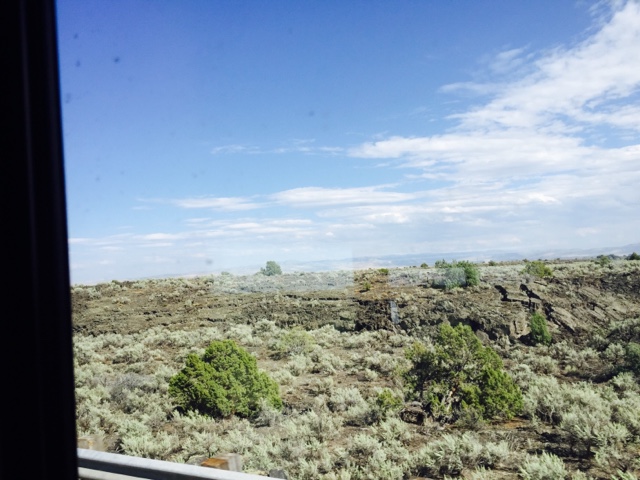 One area we passed was a very jagged lava flow area sparsely covered with grasses and sagebrush. 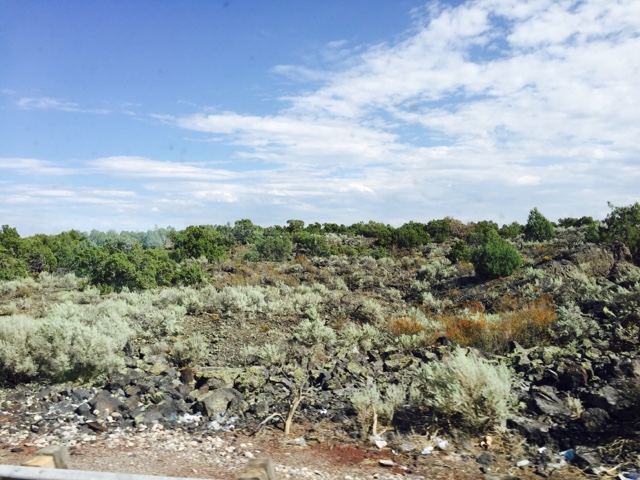 And then we got to Idaho Falls.  We saw the Snake River several times but going east it seemed like much less often than when we followed this route going west.

We had two Camp Walmart options, one right next to Interstate 15.  Easy to get to but usually more noise.  The other was maybe eight miles through the city to Ammon, sort of a suburb I guess.  This one was nice. An older Walmart, now supercenter with a big wide open parking lot.  The Walmart in Bend had a maze of narrow lanes, lots of conrete curb barriers.
So we pulled in over on the Garden Center end where they seem to usually want RVs to go.  There already was another RV there.  We got a nice spot next to the grass. 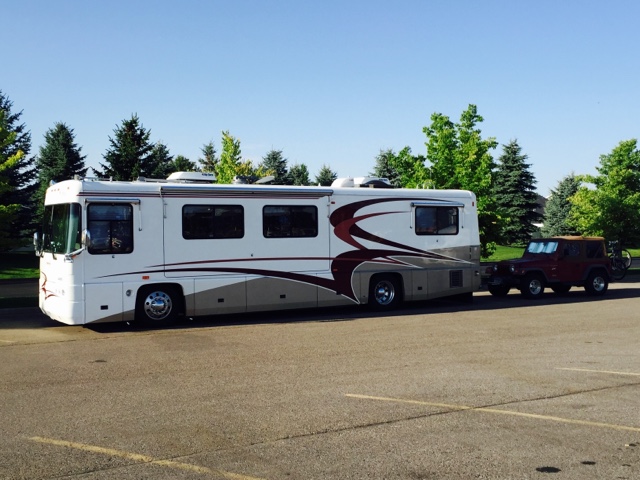 It was green here, lots of watering.
By the time we had gone into Walmart, walked all over and stocked up for our two week stay in the Tetons/Yellowstone there were more RVs including one from France.  It seems that on every trip we go on now we see European built RVs.  They seem very well built, quite compact.  They must ship them over here and travel in North America for a long time.  We saw one two winters ago built in France. The folks said it was shipped to Canada.  They flew over and were on a world wide tour that they expected to last a year or more.
Tomorrow we head east through the pass towards Alpine, WY and then north towards the Tetons.
More later,
Roger and Susan