Schwabacher Road gets you down to a side channel of the Snake River.  Another one of these dirt roads on which most people don’t want to get their cars dirty. But when you get to the end of the dirt road there is a small parking area near where Schwabacher’s homestead was. There was river access through the channels out to the Snake.  Not something used by anyone other than fishing folk now.  No boats. 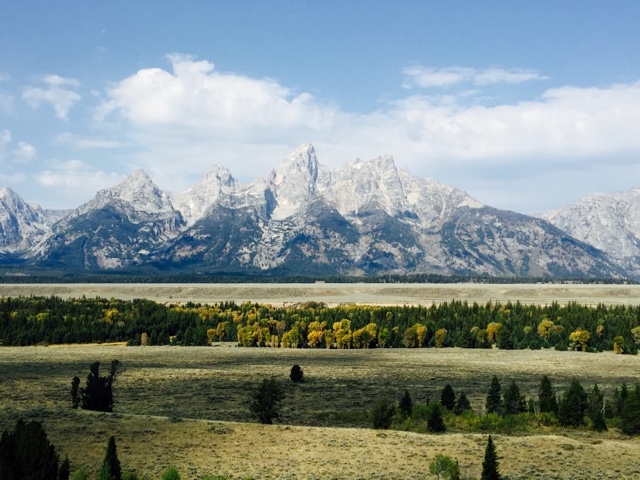 It is down there near the trees.  Don’t you just want to sit there and marvel at what is right in front of you?  What a spectacular place to be. Two weeks was barely long enought to begin to discover all of the treasures.
The primary user of this bit of Snake River side channel are beavers and ducks. We walked up the river and saw a series of dams each bigger than the downstream one holding back bigger and bigger ponds. 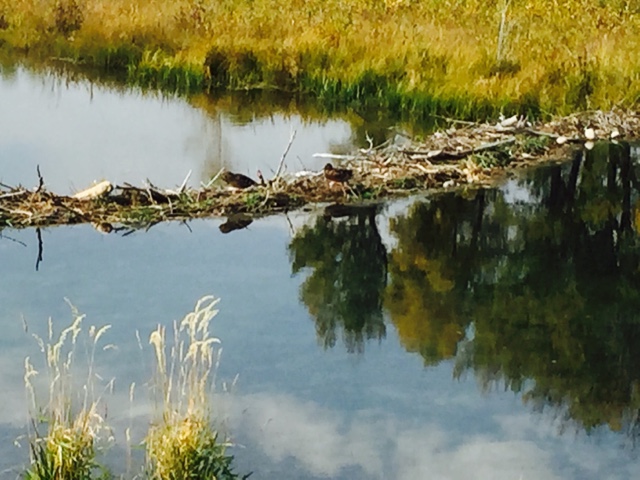 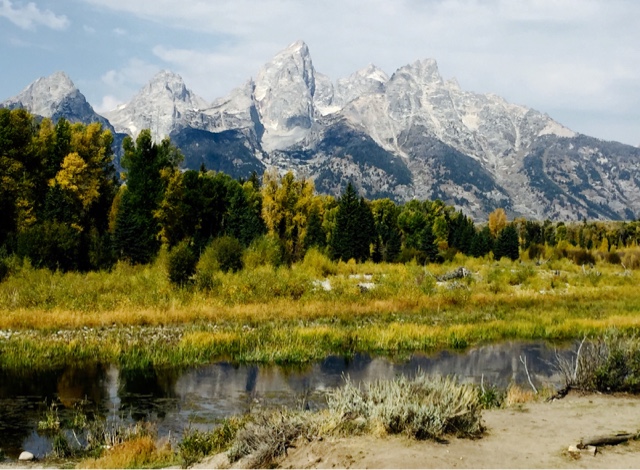 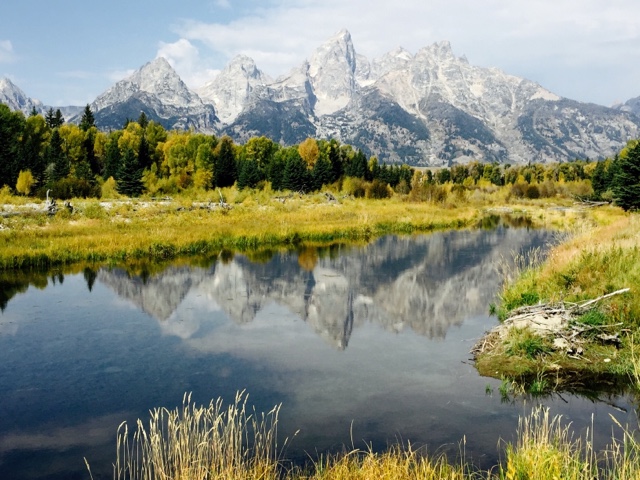 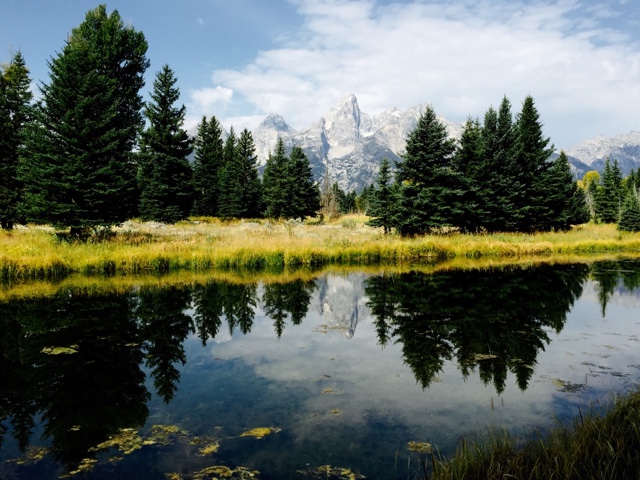 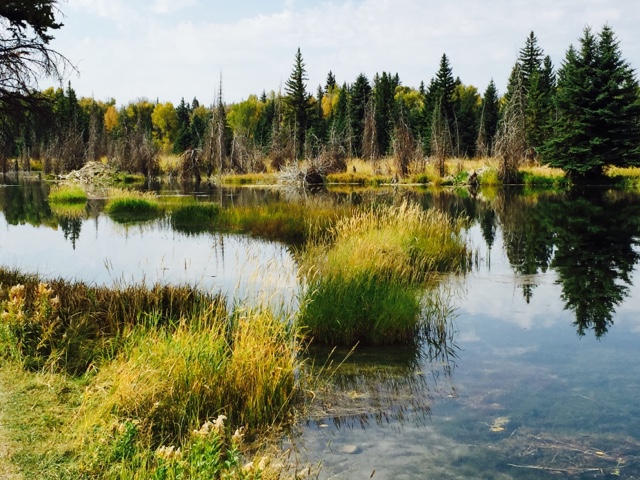 We didn’t see the beavers but there were three beaver lodges.  This was an amazing place. Quiet and peaceful, water running throught little openings in the dams, huge effort by the beavers to create this ecosystem and then the reflections in the ponds of the Tetons just in front of you.
On the other side of the Snake River closer to the Grand Teton is Jenny Lake.  This is the closest destination in the park to Jackson and therefore the busiest part as well.  Jenny Lake is another lake in the fault line between the valley and the Tetons filled by melting glaciers.  It is not very big, maybe a mile across and two long.  On the far side of Jenny Lake the Grand Teton just emerges from the lake. There are no foot hills, just mountain. 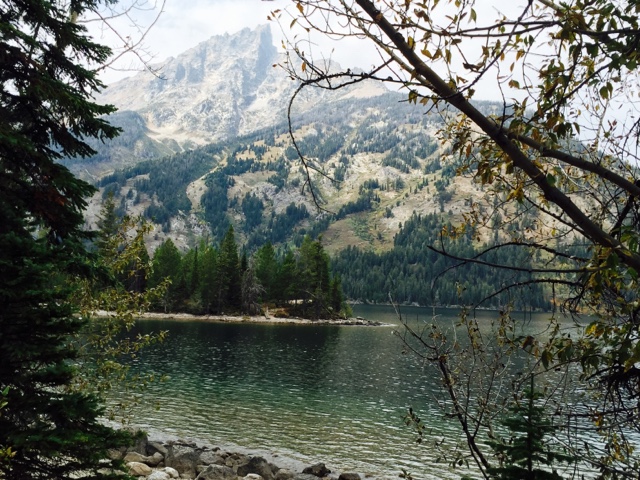 A small harbor to the right in the picture above has canoes, kayaks and small motor boats for rent.  There is also a boat shuttle to the far side of the lake which cuts off about four and a half miles from the hike up Cascade Canyon to the Hidden Falls.  They have four forty passenger boats. One leaves this side every fifteen minutes.  One leaves the other side every fifteen minutes.  It takes about seven minutes to cross and eight minutes to load.  The boats are pretty much full all the time.  320 people an hour all going up a steep narrow trail to Hidden Falls and the other 320 people coming down.  Some walk around the lake instead of riding the boat.
Just a bit too crowded for our liking.  There are other places to “get back to nature” without a tour bus full of people with selfie sticks. 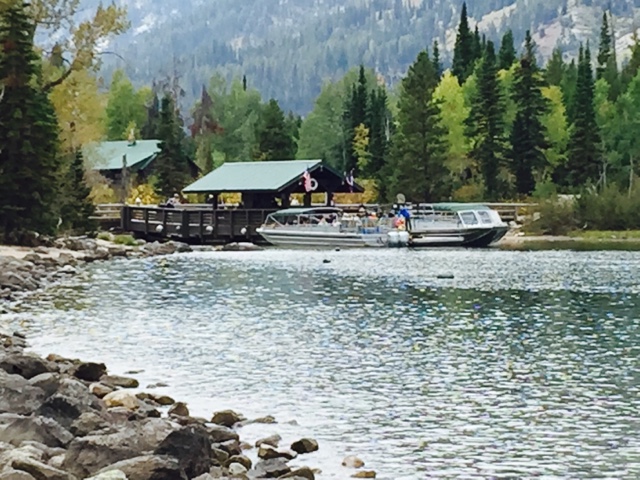 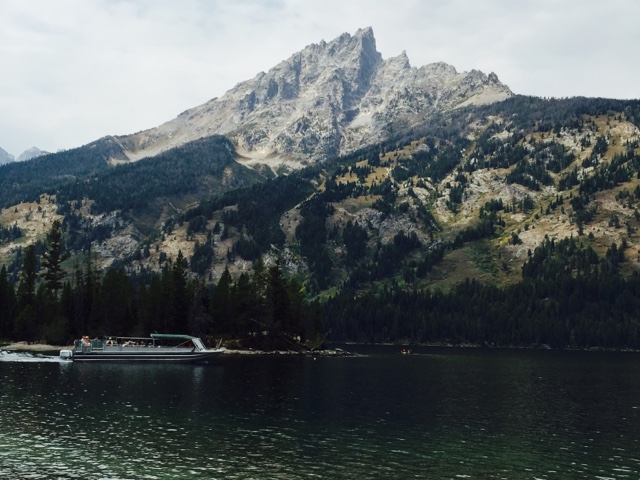 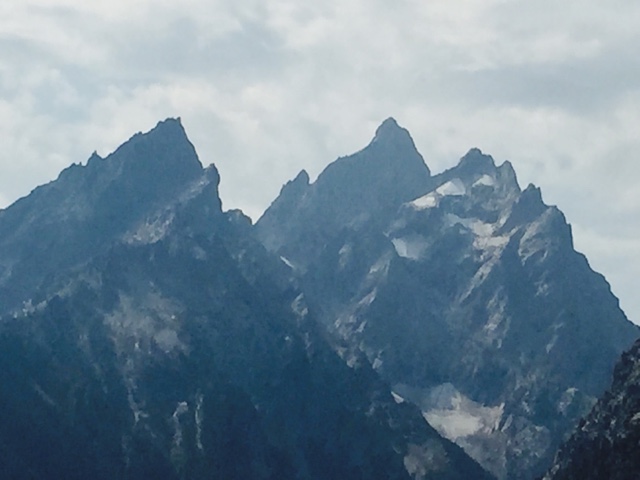 But across Jenny Lake the Grand Teton looms large.

And of course there is a Gift Store. 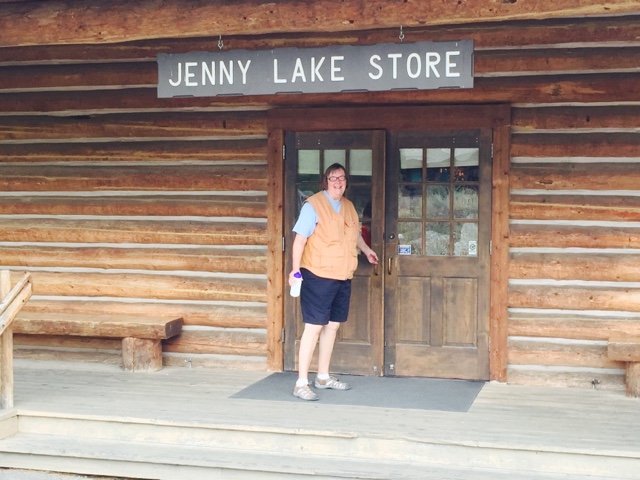 Where we found another patch to add to our collection.  We now have about 40 from places we have been stuck to the fabric window valances in the coach. 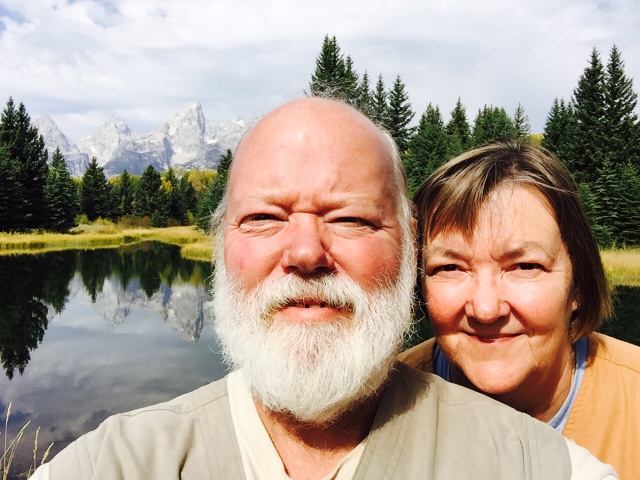 We do OK without a selfie stick.
Another great day in the Tetons.
More later.
Roger and Susan