We stopped near Norris Junction to check out the campground and to visit the National Park Ranger Museum. The camp ground was full. It has several winding hillside loops with mostly tent campsites and a couple flatter loops as well. There were big enough sites for us but some of the turns were pretty tight. Probably not a good choice for us but for a smaller camper it would be nice.

There is a nice river here, good fishing we were told.

The Norris Geyser Basin is nearby as well. What we really wanted to see was the National Park Ranger Museum. 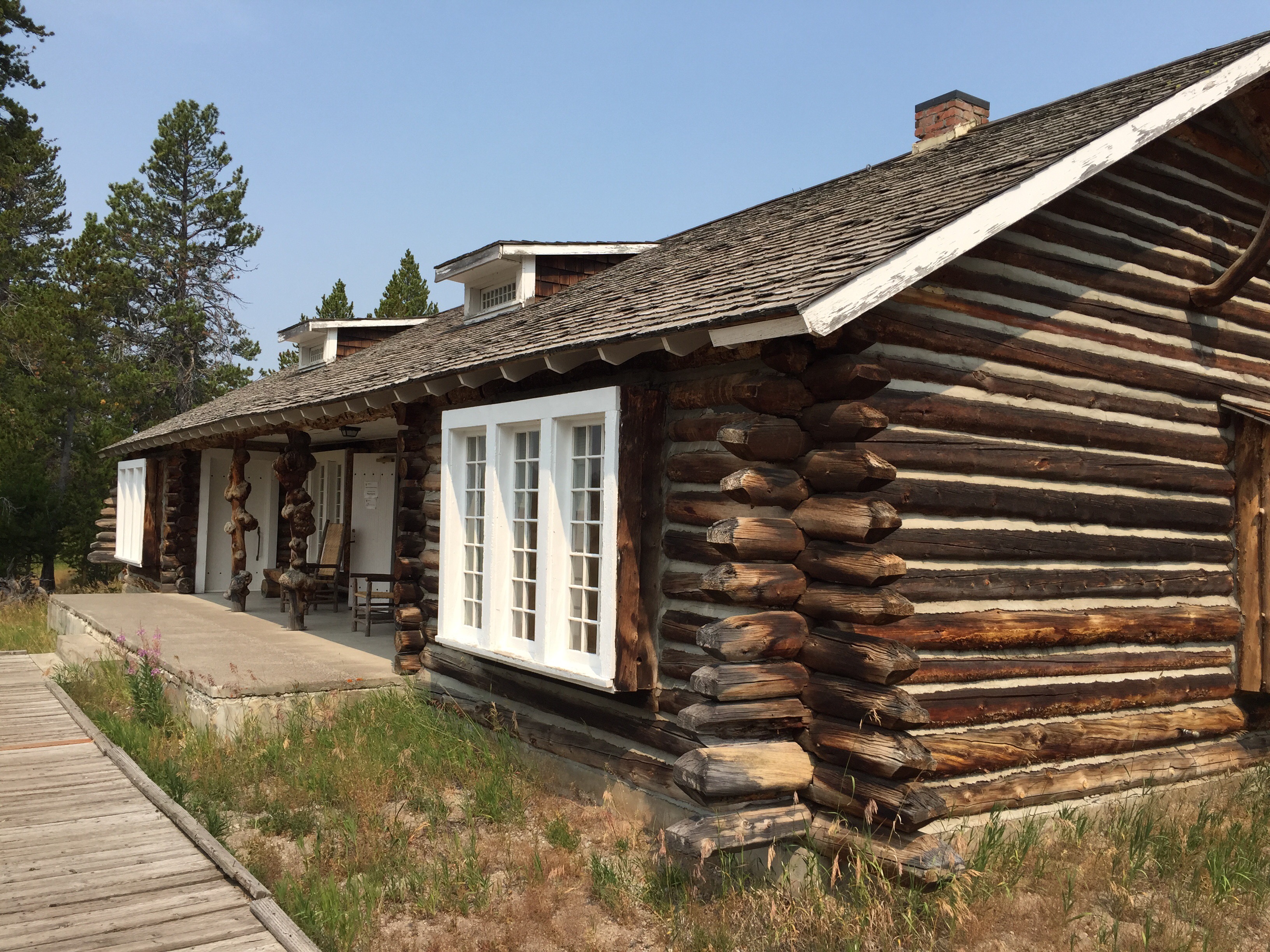 When Yellowstone was first established in 1872 the US Army was in charge. Is wasn’t until 1916 that the National Park Service was formed. Most of the early Park Rangers came from the military units already there. This building was a US Army outpost from that early time. It was manned most of the year but not all year year round. Army patrols were posted here to keep a lookout for illegal hunting, poaching and other problems.

Inside there were rooms outfitted the way they would have been in the early 1900s. Much of the interior is restored. There were several displays of Park Ranger gear from the very early days until today. Most of the clothing, jackets, boots, hats and basic equipment came from the Army heritage. Back then even summer clothes would have been made from wool. They might look similar today but materials have changed for comfort and durability.

There are a wide range of Ranger jobs. You will always find them at Visitors Centers but there are many who are law enforcement officers, interpretive guides, educational specialists, and history and naturalist guides. Some specialize in resource preservation and are busy building and maintaining trails. Some are forestry experts. We met one young man who was a park ranger leading a Conservation Corps (part of AmeriCorps) crew doing restoration work in the Norris Campground. Many start in one park and serve in several during their career. We met an older fellow in the Tetons who had been a Park Ranger for 41 years, mostly in the Tetons.

Their dedication and commitment to the Parks is part of why the parks flourish. The number of visitors to almost every park has been increasing. People come from all over the world to experience our National Parks. All you have to do is stand in one spot and listen to the many different spoken languages that go by.

One park person at Madison told us that Yellowstone is over crowded and getting worse. They expected that it won’t be long before you will need an entry permit to just get into the park so that they will be able to manage the number of people and cars. They already do this in the winter in Yellowstone. Many parks do not allow automobiles past the parking lot. You have to use shuttles or busses. Zion, Yosemite, The Grand Canyon and Mesa Verde are like this. When we were at Zion in March 2017, the entrance would usually be closed in early afternoon. There was no more room for cars. You had to park in Springdale and walk into the park. And Senior Lifetime Passes just went from $10 to $80. Even at $80 these are still a bargain.

So get up and go to a National Park. They are pretty amazing places.