Ted and Karen had a seven day Custer State Park pass and you pretty much have to go through the park to get up into the Black Hills. So we all rode together.

Yes, there are Bison in the Black Hills

We drove through all of Custer State Park, followed the Game Trail from one end to the other and saw antelope and all sorts of critters but only a couple bison off in the distance. At this time of the year the Park ranger explained, when we stopped at one of the Visitors Centers, they are further up in the hills and out of sight. Most but not all.

This guy was right next to the Game Lodge Campground just on the other side of a fence that wouldn’t have slowed him down in the least. Good thing that his only interest was eating grass. There was a campground trail on this side of the fence with regular traffic including folks walking their dogs. He was uninterested. No one was walking on the path on his side of the fence. This was a massive full grown bull, about 2,000 lbs. Absolutely stunning.

We drove a bit south from The Hart Ranch and in towards Custer State Park. And then followed the Iron Mountain Highway. This is a really twisting road with several tunnels. These were designed so that as you drove through the tunnel Mt Rushmore was framed as you came out.

Really, there is a tunnel ahead and a one lane one at that. 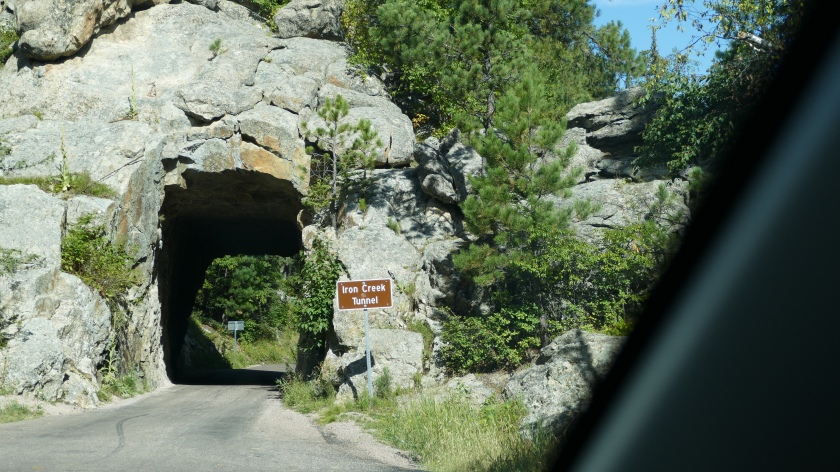 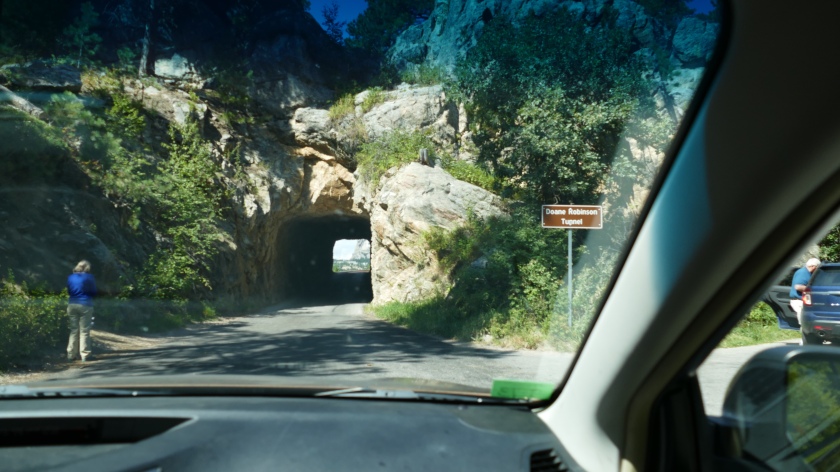 And the big giant heads. 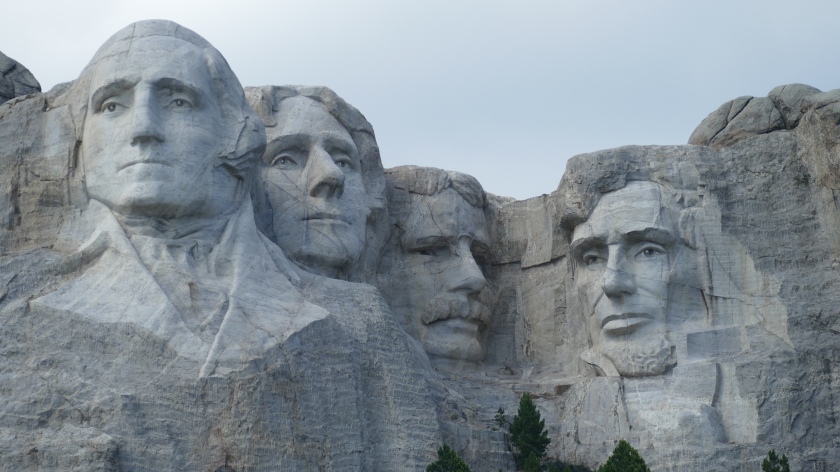 We really appreciated the ride with Ted and Karen. 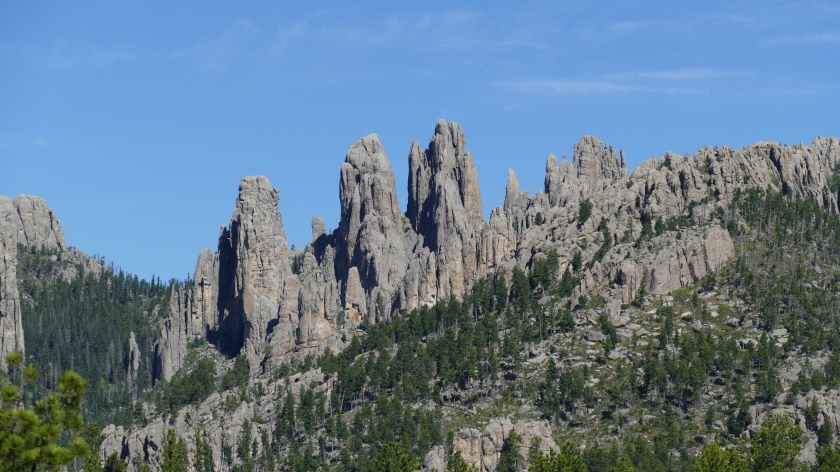 Pretty neat formations. This area is volcanic. It is the highest point between here and the Swiss Alps to the east. 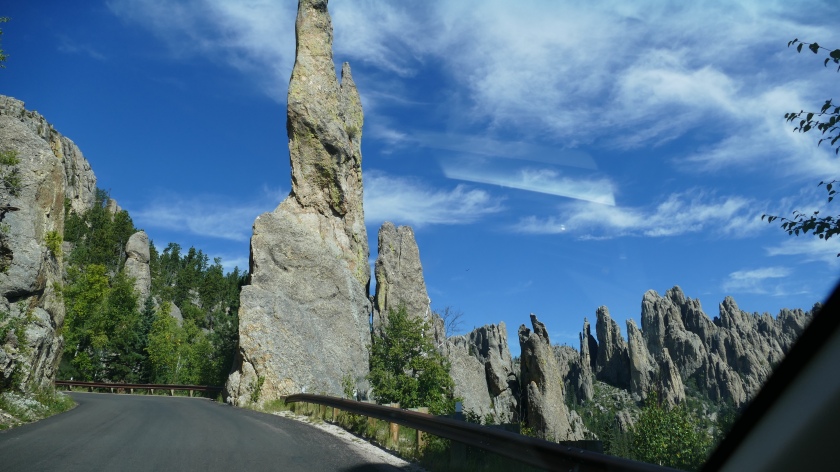 We went out for a drive several times. We followed the Needles Highway one day. Followed the Game Trail twice.

One day we went to Keystone to ride on the train.

It is a frequent task to oil everything. The old steam engines don’t have fancy bearings like machinery today.

The train was made up of old restored cars. Maybe not something we would want to ride across country in but it was fun. The train followed old tracks over a couple big hills and through the woods to Hill City. There was a short stop where the steam engine uncoupled from the train and went to the other end of the trains and reconnected. Once they were all set we went back the same way.

Mark Crick had a trailer full of things he takes on Motorcade trips including tables and chairs and a big flat top grill. So one morning he and Donna made pancakes for everyone.

Marion Braum makes jewelry and has quite a collection of parts so one afternoon a bunch of folks got together in the Club Room and everyone made something. Susan made three sets of earrings.

It is always amazing the different skills and talents that these rallies bring together.

The last day of the rally we had a nice catered dinner in the Hart Ranch Club Room and a Chapter Meeting. Steve Crook was the President of the Motorcade Club at the time and he gave us an update on the Club.

The last day we were in the Black Hills (after the rally) we went to the town of Custer with Ted and Karen because there was a good burger joint and we were all craving burgers. And of course the burgers were good. While waiting and eating we were talking about wanting to see the Buffalo Roundup in Custer State Park in late September every year. It all happens one afternoon in just a few hours when the bison are gathered up in the hills ad herded down in an area where there are corrals. They get sorted out, inoculated for this and that, some get sent to market and some get sent to other herds for breeding diversity. They are trying to keep the herd healthy and vital and manage the size.

Whenever we think of it there is no room at any of the campgrounds in the park. We thought at the table if we made reservations that day for one year away for two weeks we would see the bison roundup, see each other and explore the Black Hills in more depth. So we did. And we are in the Game Lodge Campground right near where the big bison at the beginning of this blog was having lunch.

Ted and I talked about posting this on the Owner’s forum. We debated a bit and then did. Within about 4 hours six other Foretravel owners from North Carolina to San Diego, CA. had signed up too. By the next morning the campground for that time frame was full. Something to look forward to.