And there is always the shop.

We have had a new two sink vanity for the bathroom downstairs in mind for some time. This fall before we left for warmth was the time. We had a collection of pictures of cabinets whose style we liked. One became the basis for some final design and detail adjustments to our tastes.

Downstairs we determined that the outlets in the wall were going to end up right over the middle of the sinks so they needed to get moved further apart, about 12 inches each way. Studs were in the way and there wasn’t enough wire to make this happen. That meant I needed to cut two 12″x20″ holes in the wall from near the original outlet outward on each side. An electrician told me about wire connectors for extending the wire that were OK to leave inside the wall. This was a big help. So I got some of those, made the wires longer, cut new pieces of sheet rock with holes for the new outlets and then installed them and patched up all the joints.

We went to a countertop place in town and looked at countertop material, picked out what we liked. They said once we had the cabinet installed they would come and measure and then it would take about two weeks to get the finished top installed. We bought nice rectangular sinks and single lever faucets.

I sorted through wood, made selections, and started cutting. A couple weeks later, a cabinet with four doors and four drawers was ready for finish. Craftsman style with influences from Stickley and Greene and Greene. 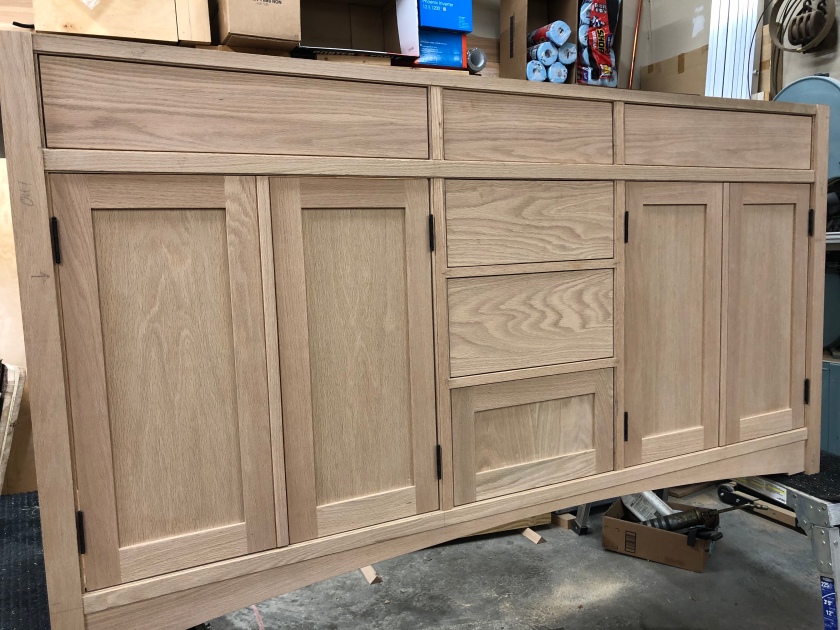 A few days later the finish was done. 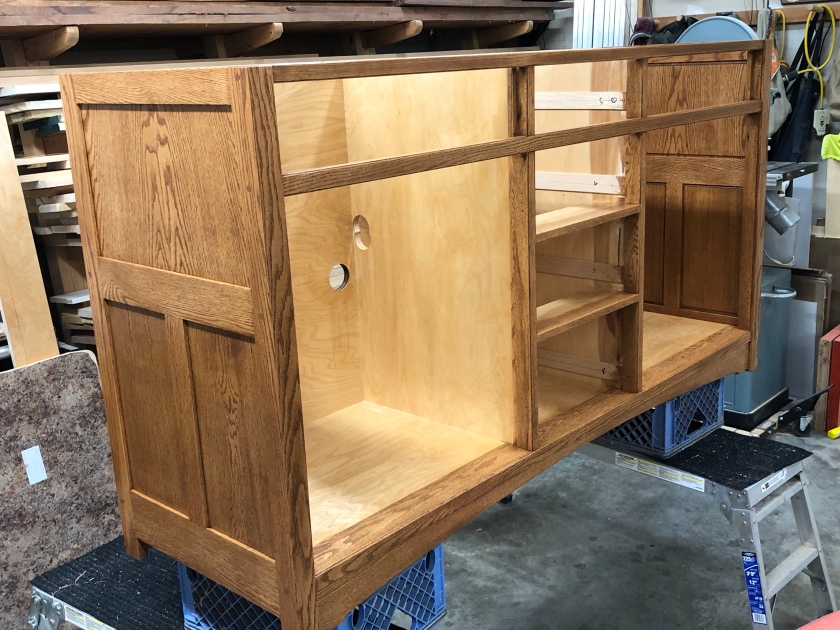 With the drawers and doors off we moved it from the shop into the downstairs bathroom.and mounted it in place. Thanks to our neighbor Dan for his help with the moving. The countertop folks came and measured for the top and we were thinking it would be in by the end of the year.

Well the countertop didn’t get installed until Jan 13 which pushed out our window of departure dates. But it all worked out OK.

When we get home we will finish the plumbing, install the doors and drawers, paint the wall and post a finished picture. 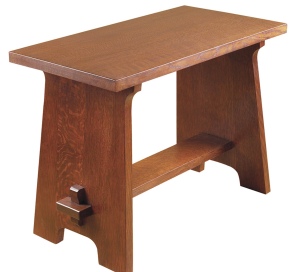 And make a small bench like this one for the bathroom as well.

I hate throwing things away. Blame it on my Dad. I had the three batteries we removed from our coach, two batteries from Ted’s coach and an original battery from our coach from 2001. All charged up OK and held a charge. Their capacities were not quite what they were when new but still good enough for storing power.

Over many years I have been saving cut off pieces of 6×6 posts from Habitat projects. Normally they would just go into the dumpster. I cut some of them up and made a rack for the batteries. Big mortise and tenon joints pegged with dowels, fun to do. 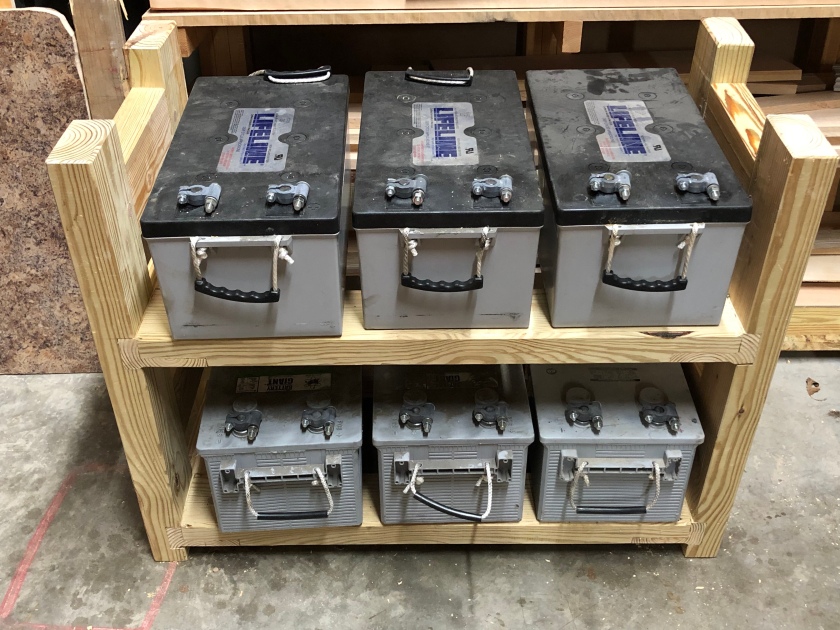 This is more than 1,000 pounds of batteries so a sturdy rack was prudent. The batteries are all charged up. I removed all of the connecting wires while we are away. These will go into the garage and be charged by the solar panels on the roof. If the power in the house goes out, then using a small inverter they will power the refrigerator and some lights for more than two days.

So that’s it from the shop.